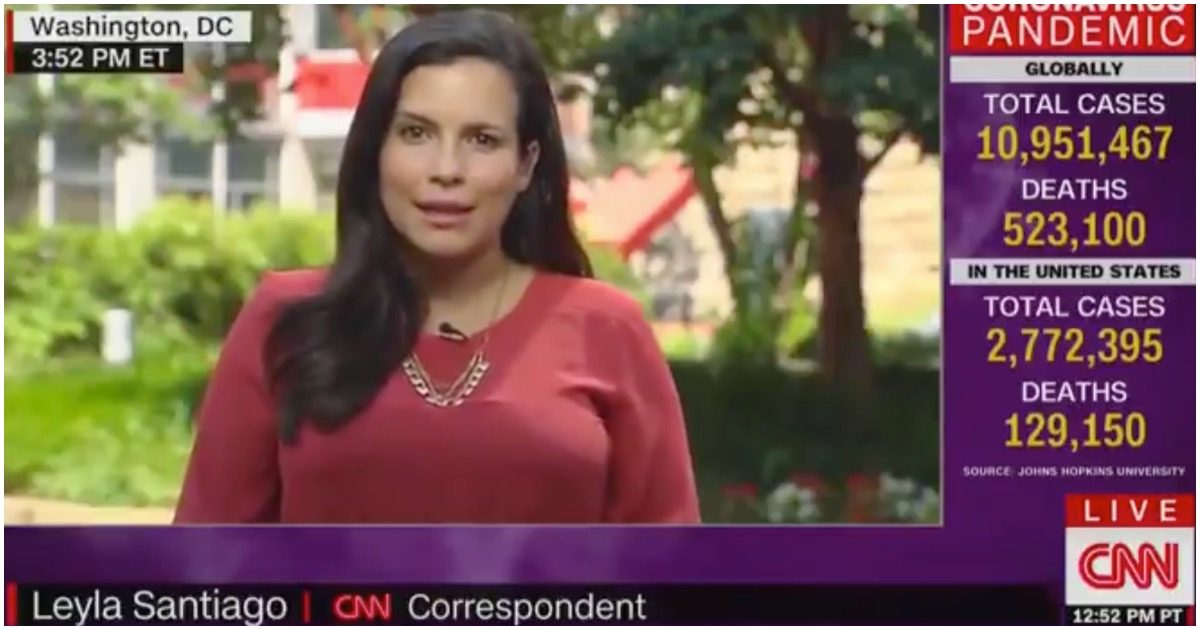 No statue is safe. No job is secure. Even free speech may soon be a thing of the past, if the left keeps getting their way.

Check out some CNN nonsense from Friday afternoon, via The Daily Wire:

In a report on Friday marking America’s Independence Day, CNN reporter Leyla Santiago, reporting from Mount Rushmore, where President Trump spoke, referred to Presidents George Washington and Thomas Jefferson not as two of the greatest presidents in America’s history, but simply as “two slave owners.”

Santiago pandered, “Kicking off the Independence Day Weekend, President Trump will be at Mount Rushmore, where he’ll be standing in front of a monument of two slave owners and on land wrestled away from Native Americans told that uh, be focusing on the effort to ‘tear down our country’s history.'”

CNN: "President Trump will be at Mount Rushmore, where he’ll be standing in front of a monument of two slave owners and on land wrestled away from Native Americans.” pic.twitter.com/UYjzEiUkU9

BREAKING: Protesters have slashed the tires on vans and are blocking the road leading to Mt. Rushmore where President Trump is scheduled to speak tonight in honor of the 4th of July pic.twitter.com/gI4WyxQm59

The National Guard is here pic.twitter.com/dAUjyOf4m9