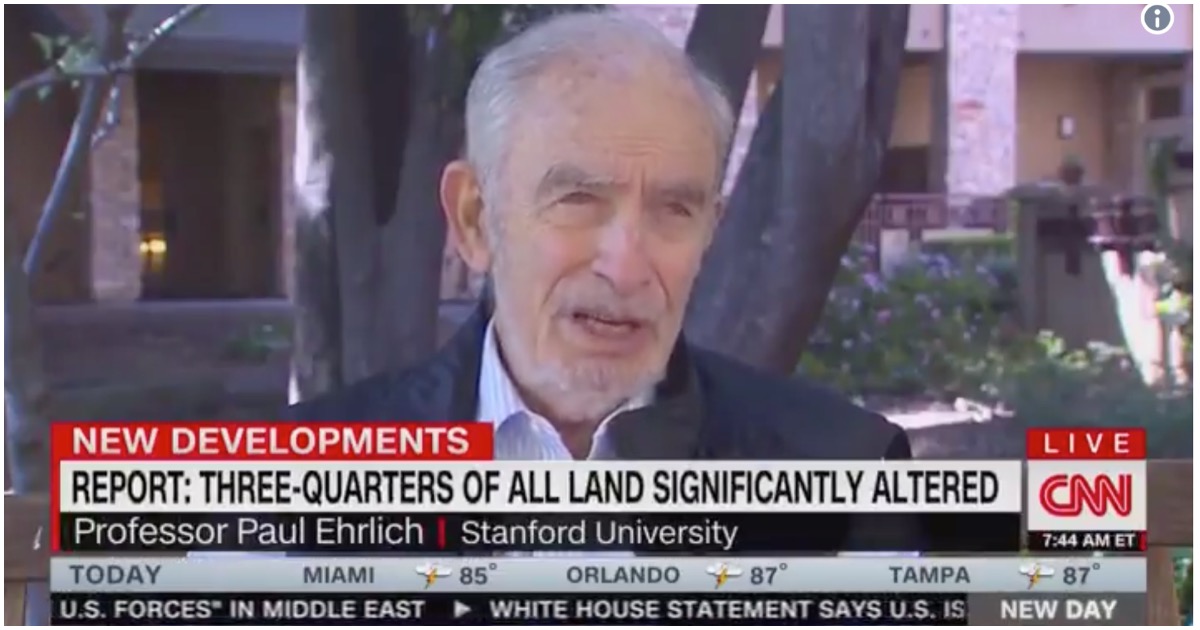 CNN is no longer taken seriously by…well, anyone in the know.

The far-left, Trump-hating, “fake news” promoting network has done themselves zero favors over the years by shilling for Democrats and smacking down Republicans.

The problem is that Democrat policies are not only ignorant but 100 percent wrong 11 times out of 10 (that’s liberal math, for ya).

CNN is advising that unless Americans have “fewer children,” up to a million species could go extinct.

The network’s advice came while reporting on a United Nations report that predicted human activity will spark mass species extinctions within decades.

CNN spoke with controversial Stanford biologist, Paul Ehrlich, who infamously predicted in the 1960s that overpopulation would result in a mass starvation that would claim hundreds of millions of lives by the 1970s.

It would seem as though Trump is looking more and more likely to win re-election come 2020, especially when you consider Democrats aren’t thrilled with any of their candidates.

CNN had its lowest primetime weekly ratings overall and in the key age demographic last week, according to Nielsen Media Research.

Enter Trump with the one-word troll: