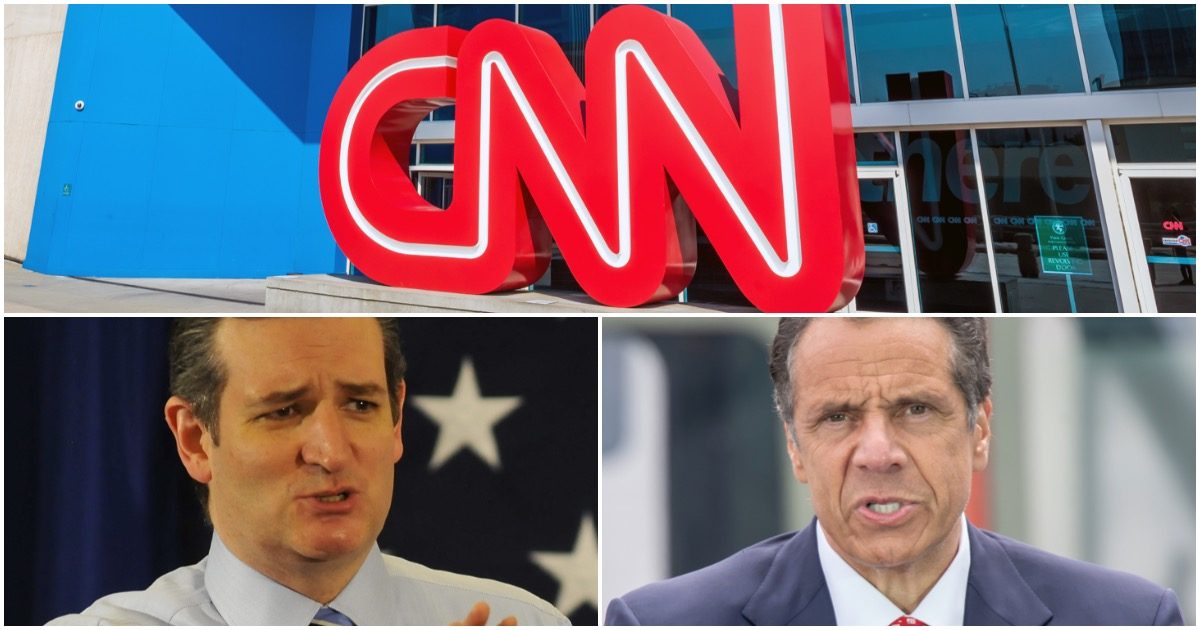 Texas Senator Ted Cruz (R) took a trip with his family to Cancun, Mexico as the Lone Star State was getting plastered with snow and things were falling apart. The optics weren’t the best. Cruz admitted he made a mistake and returned home the next day.

As you might expect, the far-left radicals at CNN want the uninformed to believe that Cruz’s error is a bigger deal than Cuomo’s.

In the 5 days after Ted Cruz’s aborted trip to Cancun, CNN spent 1 hour and 32 minutes discussing the story.

In the 5 days after Lindsey Boylan came forward w/ her accusations against @NYGovCuomo, CNN spent 18 minutes disucssing the story. pic.twitter.com/nJ00iOx7NO

According to The New York Times, 33-year-old Anna Ruch has claimed that Cuomo asked to kiss her at a wedding in 2019. In an interview Monday, she specified that Cuomo put his hand on her bare lower back.

A third woman has accused Governor Cuomo of unwanted touching and sexual attention, saying he placed his hands on her face and asked if he could kiss her at her friend's wedding. A friend took a series of pictures of the incident as it occurred. https://t.co/bgvzBK4vK0 pic.twitter.com/hXvgTvSntQ