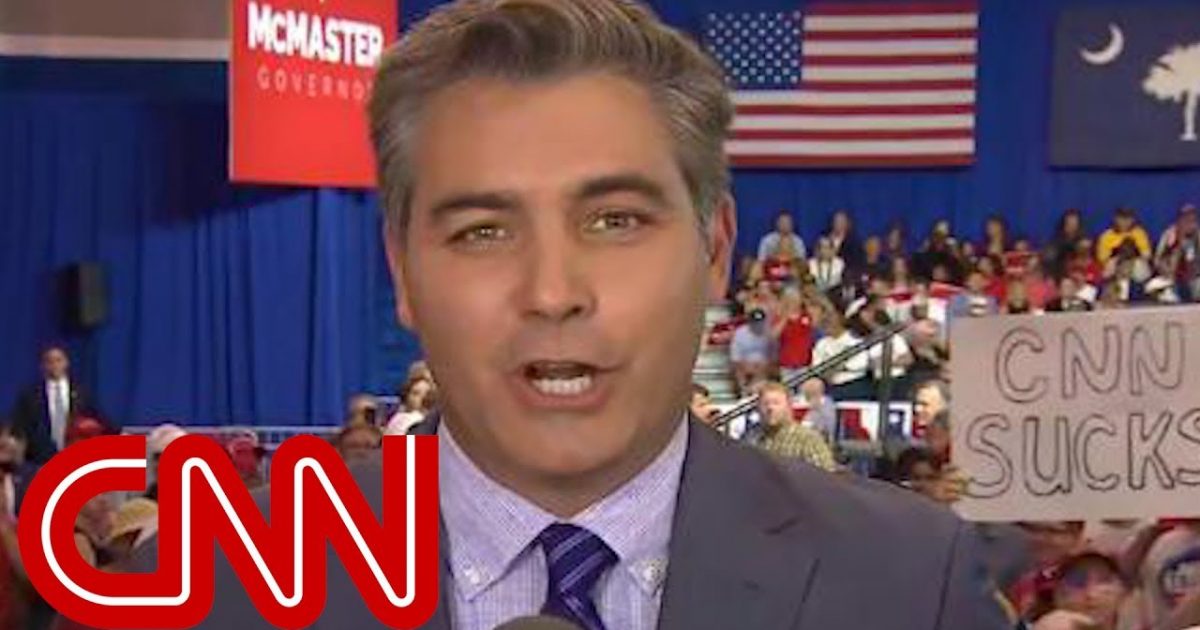 Jim Acosta, the White House reporter for CNN, is no dummy – even the most ardent of conservative journalists cannot deny such a easy to understand sentiment.

Sure, we definitely don’t agree with his assessments of the world at large, or even of the content of the White House’s press briefings, but we understand that he is a clever and conniving fellow who has one interest, and one interest only on his mind:  Success.

We could do some narrowing down there.  It isn’t the success of CNN or of the nation that Acosta is concerned with, it is his own personal success that drives his drivel.

Acosta has become known around Washington D.C. for his uncanny ability to insert himself into the news of the day by badgering and harassing anyone even remotely connected to the Trump administration.  The most frequent target of his ire, White House Press Secretary Sarah Huckabee Sanders, went to great lengths just yesterday to defend herself against the Acosta, and the media at large, after the insipid reported refused to yield on a question regarding whether or not the President was upset with the media.

The obvious answer is yes;  The President, and a great majority of We The People are mad at the media.  The reason why is something that Jim Acosta simply can’t fathom.

The media has been attacking conservative America for years, and have grown divisive and offensive during the Trump administration in particular.  The right wing of American politics are constantly being harassed by the media, falling victim to extreme accusations of racism, bigotry, insanity, conspiratorial kookiness, and even Nazism.  This happens every single day.

So, again, YES Jim, America and her President aren’t happy with you and your mainstream media colleagues.

We’re sick and tired of being compared to Hitler every other day, and we’re thoroughly offended by the insinuation that enforcing the law is somehow inherently racist.

We’re also made that you keep shoving socialism down our throats, even though the economic concept has literally never once worked, and is responsible for tens of millions of deaths worldwide, in repeated and redundant failures.

Yes, Jim, we are mad.  And it’s your fault, not the President’s.