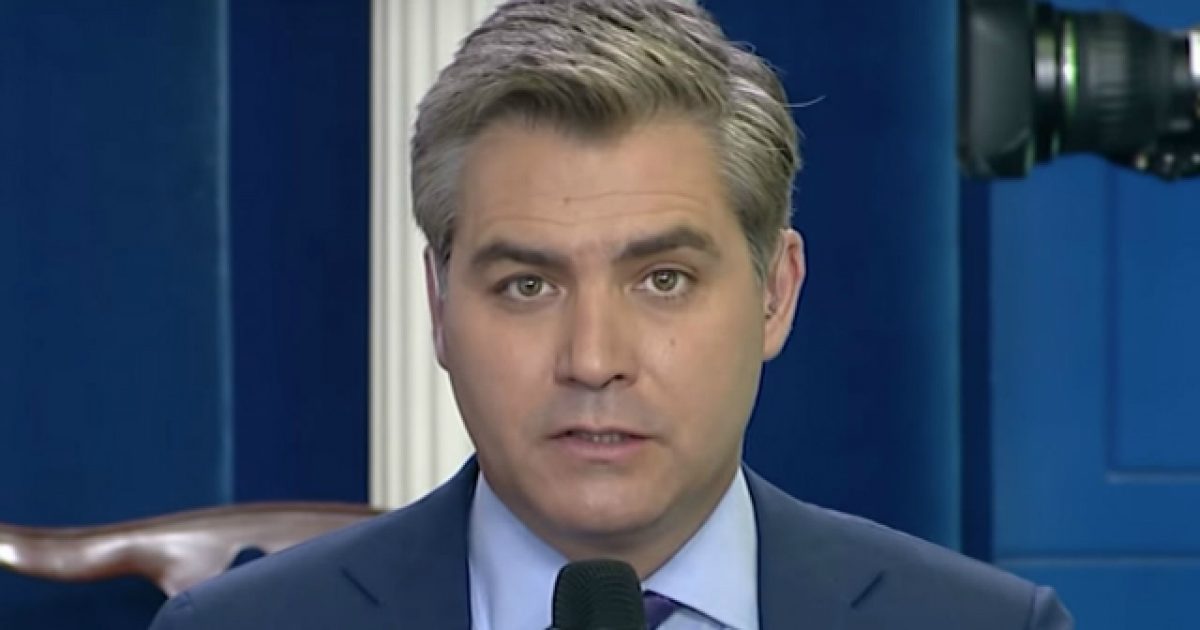 CNN chief White House Correspondent Jim Acosta is feeling the wrath of his critics as many slam his latest coronavirus report as “idiotic” and a ‘so what?’ moment” who feel he’s using the pandemic as a political weapon against President Trump.

When you get a glimpse of Acosta’s recent headline, you’ll understand why so many people are livid with the man, who has made his living by being antagonistic toward the current administration.

“This is the most idiotic thing I’ve seen all week. And this week that’s saying something,” Media Research Center vice president Dan Gainor told Fox News. “Of course, ‘Trump is concerned about coming into contact with people infected with coronavirus.’ We all are. And we’re all supposed to be. That’s how you stop a virus, by being concerned about who you interact with and taking precautions.”

Trump has downplayed the incident publicly, telling reporters that he isn’t concerned and attempting to keep panic and hysteria to a minimum. But the 73-year-old president who is a known germaphobe may have told someone close to him that he’s actually a tad apprehensive, according to Acosta.

“He is very concerned about all the people he met who have it, including the Brazilian,” an anonymous source told the CNN reporter.

The rest of Acosta’s report focused on the background concerning the status of the Brazilian president, but CNN made sure to milk that one little quote in order to get clicks for their headline and make a viral story.

It’s true politicization at its finest, which is a strategy the left employs whenever a crisis presents itself. They almost seem eager to hurt the president using this situation as a means to attack him any time an opportunity presents itself.

“I know Jim Acosta hates Trump. But this is even stupid for one of the most ridiculous figures in the history of journalism. What’s amazing is Acosta isn’t even good at trolling Trump. All he does is embarrass CNN and further degrade the news industry,” Gainor said. “CNN is trying to hurt Trump and divide our country in a time of national crisis.”

The left-wing media is obsessed with hating on Trump and this clearly proves that to be true.