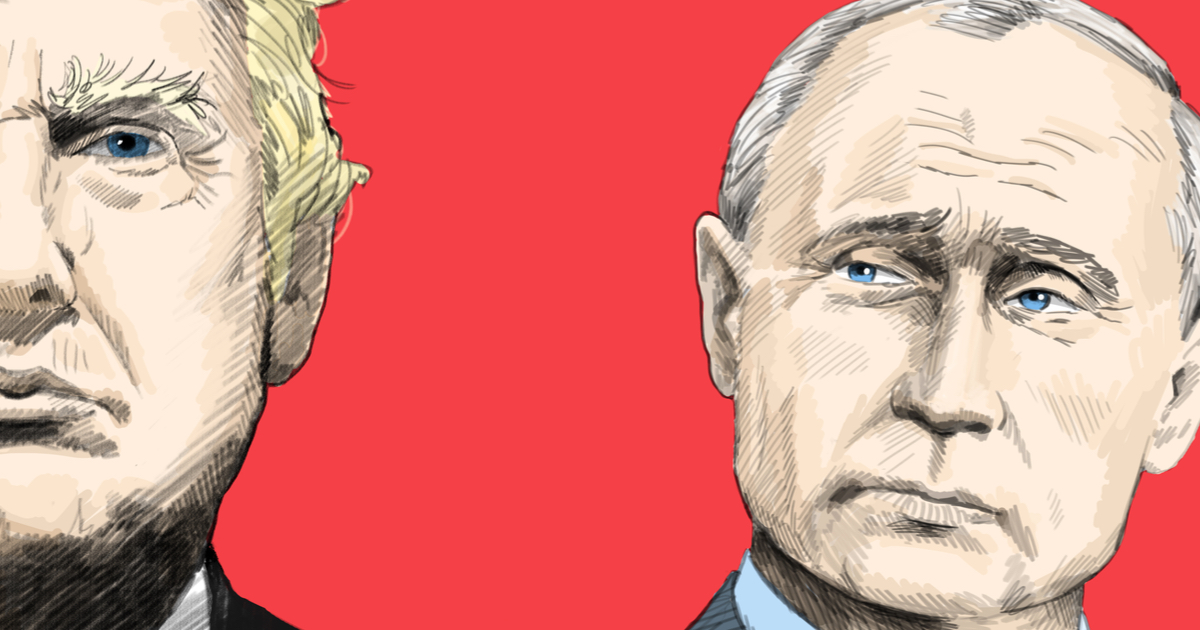 With the mainstream media bending over backwards in order to conjure up evidence of “Russian collusion” this year, you’d be surprised how much news about the actual country of Russia is reported.

You see, the “resistance” media is only aimed at taking down the Trump regime…at all costs.  It has blinded them to the larger, global politicking that is occurring before our very eyes.  Saudi Arabia, Russia, China, and others seem intertwined in some sort of bizarre new axis of evil, intervening in all corners of the civilized world.

When it comes to Russia, the United States is very much locked into a reboot of the Cold War, this time with Vlad Putin at the helm of the oncoming battleship.

And, unfortunately for all involved, he is not the most stable world leader out there as, as evidenced by his latest warning on nuclear war.

The world is facing a rising threat of a nuclear war because of the U.S. pullout from arms control treaties and its destabilizing military plans, Russian President Vladimir Putin said Thursday

Speaking at his annual news conference, Putin warned that “it could lead to the destruction. of civilization as a whole and maybe even our planet.”

The Russian leader added that even though a nuclear conflict now seems impossible to most, the danger is close and real.

“We are witnessing the breakup of the arms control system,” he said.

He pointed at Washington’s intention to walk away from the 1987 Intermediate-Range Nuclear Forces Treaty and its reluctance to negotiate the extension of the 2010 New START agreement. U.S. officials say the withdrawal from the INF was prompted by Russian violations of the treaty, but Moscow vehemently denies any breaches.

“We will have to ensure our security,” Putin said during the news conference that lasted nearly four hours. “And they shouldn’t squeak later about us gaining unilateral advantages. We aren’t seeking advantages, we are trying to preserve the balance and ensure our security.”

Then Putin went for the jugular.

The Russian leader also scoffed at Western allegations that he is reaching for global domination, rejecting them as part of a smear campaign driven by domestic policy.

“As for ruling the world, we know where the headquarters trying to do that are located, and the place isn’t Moscow,” he said, noting that the Pentagon’s annual budget of over $700 billion dwarfs Russia’s defense spending of $46 billion.

If the mainstream media is looking for a “threat from Russia”, it won’t take long to find one, and it certainly won’t be found under the furrowed brow of a frustrated Robert Mueller.