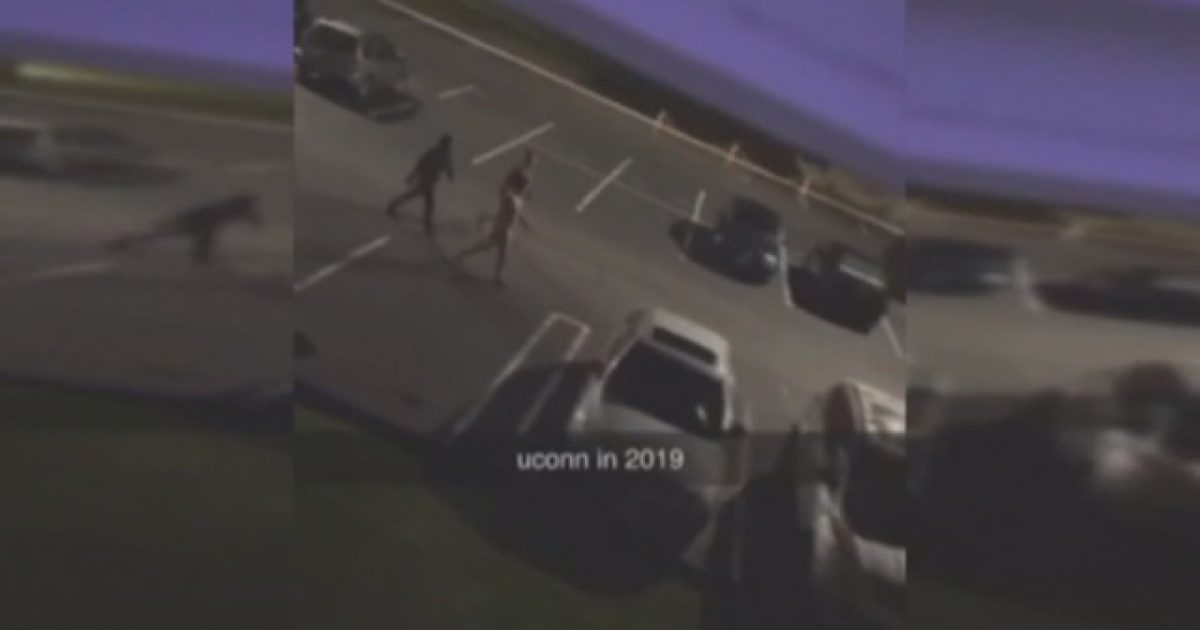 Two students who attend the University of Connecticut have been arrested and charged with hate crimes after they were recorded walking outside student apartments saying racial slurs, according to a report released by the Washington Post.

Jarred Karal and Ryan Mucaj, both 21-year-old white students, have been charged with the misdemeanor of ridicule on account of creed, religion, color, denomination, nationality or race for violating a state statute concerning hate crimes.

The students also face potential discipline from the school, even possible expulsion, for violating the student code of conduct, UConn President Thomas C. Katsouleas said in a statement.

“It is supportive of our core values to pursue accountability, through due process, for an egregious assault on our community that has caused considerable harm,” Katsouleas said.

The video captured of the incident went viral earlier this month, which sparked outrage among students and faculty. The video eventually made it into the hands of law enforcement.

If you have any information about this racist recording at UConn. Please email [email protected] We will not tolerate racist behavior on this campus ✊🏿✊🏾✊🏽✊🏼

If you have any information about this racist recording at UConn. Please email [email protected] We will not tolerate racist behavior on this campus ✊🏿✊🏾✊🏽✊🏼 pic.twitter.com/ym8rPqd6kJ

The university NAACP has asked the school to take action against the students involved in the incident in order to make an example of them and allow other students to know that such behavior is unacceptable.

Here’s a snippet from a letter the NAACP wrote to the university:

“If the university does not adequately address and handle these occurrences of racism appropriately, it will create a culture in which racism is tolerated and normalized. We demand for your full assurance that you will take appropriate measures to hold the students involved in these heinous acts of racism accountable.”

A group of students held on-campus protests as a response to the incident.

President Trump Says Movement To Impeach Him Like ‘Lynching’