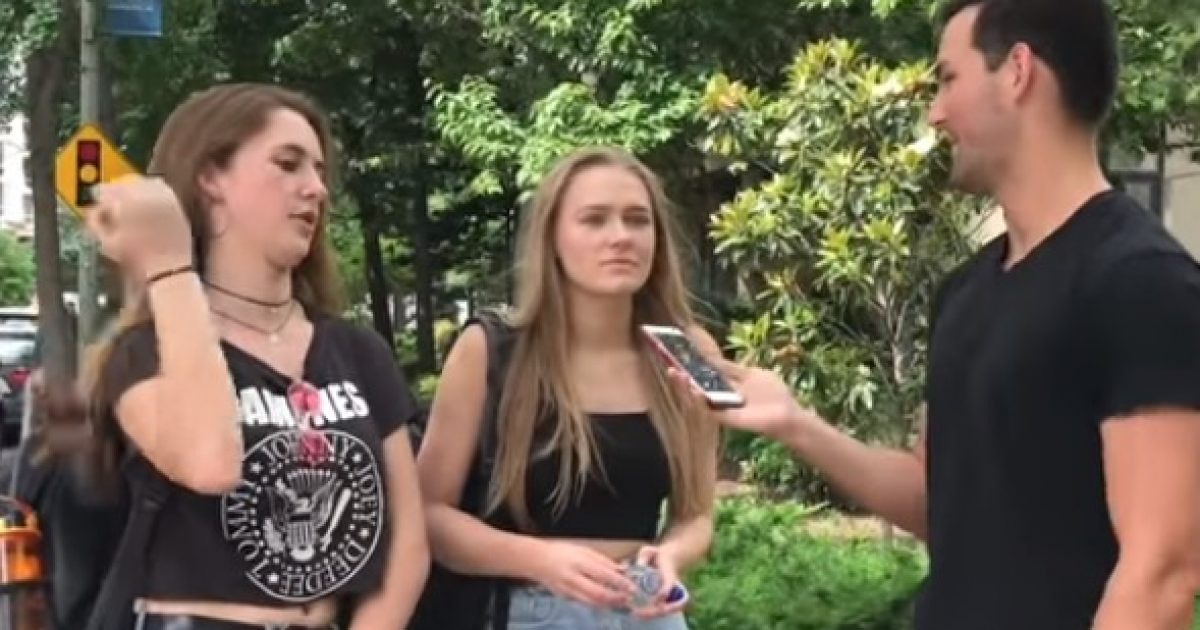 In the latest video from the folks at Campus Reform, students at George Washington University in Washington, DC were asked their opinions on the recent Supreme Court decision involving the Colorado baker who refused to bake a cake for a gay wedding.

The outcome is unsurprising as the students argue that the Christians have no right to refuse service for a homosexual “wedding.” As one student puts is, “His ability to exercise his freedom of religion ends when that infringes on another person’s ability to be who they are.” Apparently, this doesn’t apply to Christians, who are having their “ability to be who they are” infringed upon by those people who are suing them.

However, in an interesting, and incoherent turn, these same students believe that almost everyone else most certainly has the right to refuse service on the grounds of their personal beliefs.

When asked if a black baker should be forced to bake a cake for a KKK rally, one of the students suddenly realizes that she’s a massive hypocrite. “Um, well, yeah, no. I mean, like, they shouldn’t but, like, I guess that kind of just, like, contradicts what I just said. Uh, but yeah.”

Should a Jewish (or Muslim) deli owner be forced to serve pork products to his customers? Should a Muslim artist be forced to paint a picture of Mohammed for an anti-Muslim event? (That’s a twofer!) Should a gay sign making company be forced to make anti-gay signs for the hateful folks at the hateful Westboro church?

In fact, i’ll go even further and argue that in America anyone should be able to deny anyone service for any reason. And in the same vein, all consumers should be free to choose when and where to spend their money. If they don’t like the business, we should be free NOT to spend our money with them.

In fact, why is that liberals are free to boycott Chick-fil-a based on the Christian convictions of the founder, but a Christian baker must serve a gay wedding? In a FREE market, both sides should be FREE to decide to take part in the transaction.

If I can get a little deeper into the philosophical weeds here, what do we normally call it when one person is FORCED against their will to perform a service for another person? Yes, we call that slavery. If our business owners (of all religious, ethnic, racial, and philosophical stripes) are not free to refuse service to certain customers, than for all practical purposes they have been enslaved by those customers.

Here’s a better answer to this “problem.” If a baker (or florist, or photographer, or deli owner, or sign maker, or what-have-you) denies you service, spread the news. If they’re racists, you’re community will no doubt ostracize them and soon enough they’ll be out of business. If they’re anti-gay, you’re community will stop buying from them and give their support to a pro-gay store instead. And so on, and so forth. Society already has a way to deal with these issues without needing to get the government involved and stripping people of our rights.

In most of America today a racist store will not survive because the locals will not support them. The same can be said of most issues of bigotry or hatred – the nation, as a whole does not support these attitudes and a business that is openly hateful will never be long for this world. Let the market handle these things, leave the government out of it, and let’s defend everyone’s freedom.

But There’s No Evidence of a Political Motive