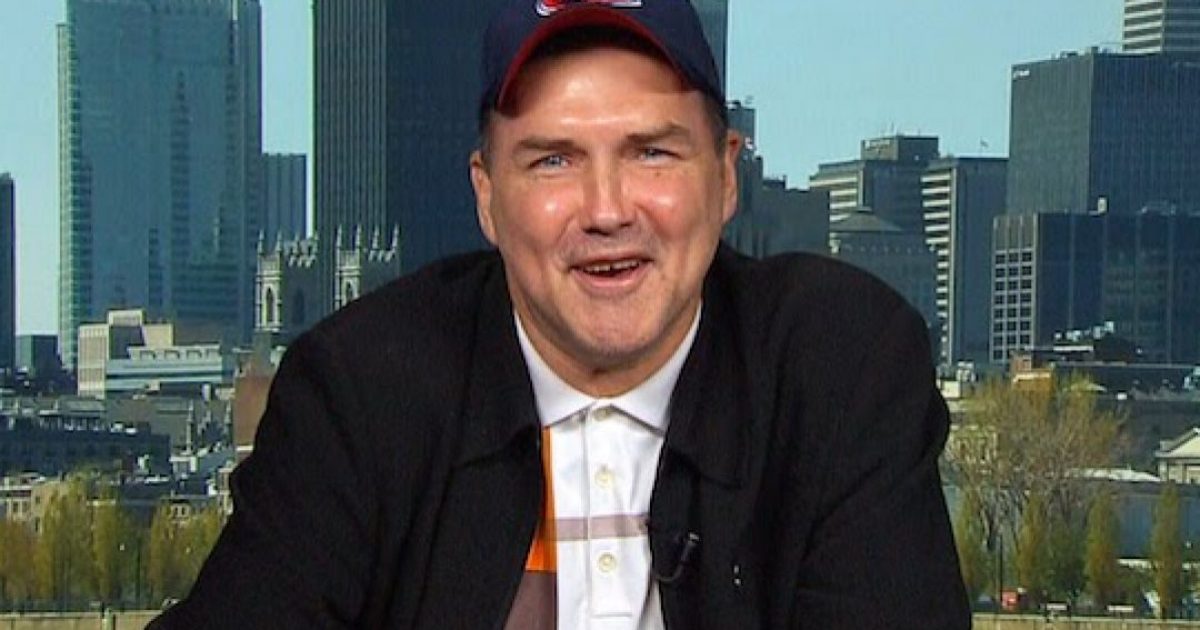 That’s what the comedy world’s attacks on Trump amount to.

Even the President’s most ardent supporters can understand that the President is often just a caricature of himself.

So when the “best and brightest” in the comedy world take their whacks at the President, the effect often falls flat… because its just low hanging fruit and any one of us could come up with the same jokes.

Almost all of the comedy focused on mocking the President falls well short of funny, and comedic genius Norm McDonald explained why during an interview on CTV:

CTV: Comedy in the time of Trump: Is it more difficult than it was when you were on Saturday Night Live?

So, for idiots, it’s an easier time because you go ‘well that guy’s the idiot, not me.’ But if you try to do smart comedy it’s better to stay away from Trump…

CTV: He’s being caricatured quite mercilessly on Saturday Night Live by Alec Baldwin. Is that funny to you?

Norm MacDonald : No. The only reason I don’t find it funny is when I was there Darrell Hammond did Donald Trump, that shows how long Trump has been there, that was 20 years ago. Darrel did a softer Trump, I think a lot closer to his real self.

The thing is, if you do an impression of someone, you have to like the person, because you’re playing the person and people like themselves. So, you can play someone and have contempt for them at the same time, it doens’t work. I don’t like the impression, and I have no political affiliation, I just mean on a comedy level.

NORM MACDONALD : He’s enormously funny and entertaining. Normally with politicians, you need to be humble, to be really funny, and I think that’s why Ronald Reagan was the funniest president that I ever saw because he always had this humility to him. And then there was George W. Bush who I also considered very funny, both with calculation and without. You could laugh at him, but with him too.

I was kind of lost with President [Barack] Obama because people told me he was funny, but to me, he was too self-aware of himself and his position in history and all that… And of course, Hillary [Clinton] couldn’t have been more strident. People don’t vote on issues as much as they just vote on who they’d rather have a beer with. And nobody wanted to have a beer with Hillary Clinton.

CTV: Would you want to have a beer with Trump? You say to be funny you have to be humble, but I don’t think Donald Trump is very humble, is he?

Norm MacDonald : No. There’s no humility to Donald Trump. Donald Trump is more funny in a way that a WWE wrestler is… I’ve had people that I know that went on Celebrity Apprentice and they said that the first thing that he says is that he’s a bigger celebrity than all of the contestants.

He is a different kind of funny, which is a sort of, self-deluded — well I don’t know that it’s self-delusion… I think it’s just all an act. I don’t think really that Trump ever wanted to be president.

I try to not do comedy about Donald Trump… I try to stay away from it because it’s low-hanging fruit and also Trump often times is doing self-parody and nothing looks dumber than if you parody self-parody.

In fact, I’ve only ever seen one semi-funny comedy piece about Donald Trump, and it was from comedian John Mulaney in his Netflix special, “The Comeback Kid.” Sadly, I couldn’t find a clip from the show online, but he did a piece of the joke on the Late Show with Stephen Colbert. You can see it here:

How In The World Does This Woman Even Have A News Program Anymore?