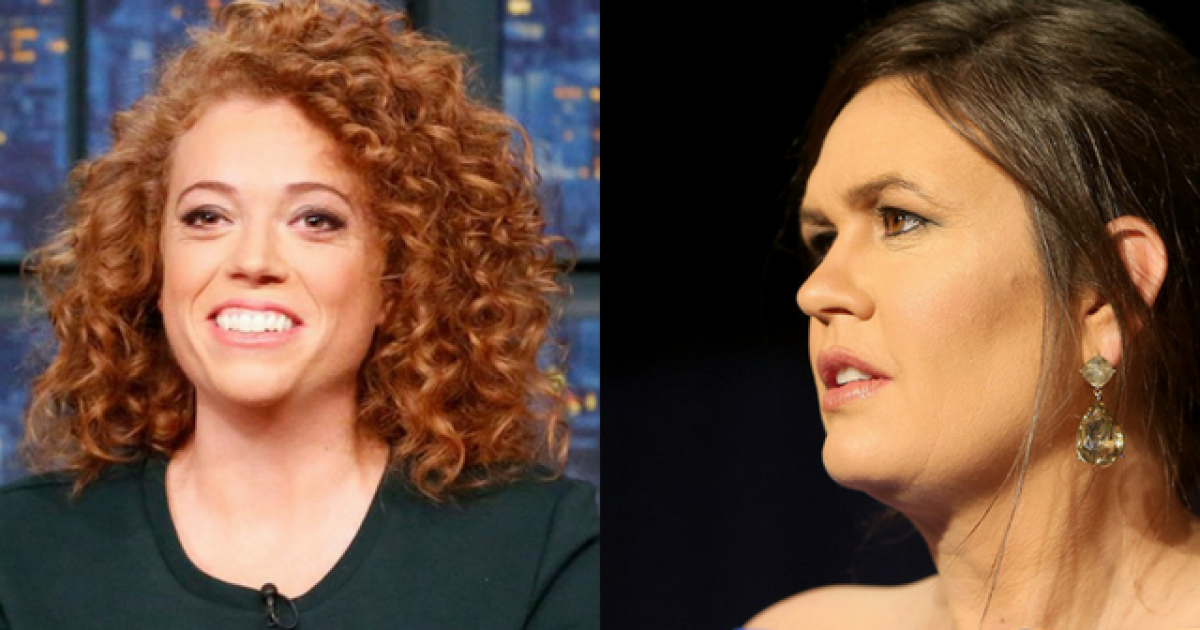 Despite the fact that Michelle Wolf, the comedienne who notoriously ruined the White House Correspondent’s Dinner with her utterly un-funny monologue, was criticized by the left for her low-blowing humor, she’s still bashing Sarah Huckabee Sanders.

Last month, Wolf, who is a writer for The Daily Show, took to the stage at the annual dinner to join in the longstanding tradition of poking fun at White House officials. While the right has rolled their eyes at the dinner for many years, as they only seem to “poke fun” at conservative administrations, Wolf went above and beyond.

Her now-notorious jokes included graphic references to abortion and senselessly derogatory remarks about Sarah Huckabee Sanders, who is one of the best-loved members of the Trump administration. In fact, despite daily clashing with the press in the White House briefing room, Sanders has garnered a certain degree of respect from the media as well, some of whom rushed to her defense following the disastrous dinner.

Despite a very mixed reaction to her bad jokes, however, including being denounced by the White House Correspondent’s Association itself, Wolf has doubled down on her criticism of Sanders, and is now going after her once again.

“Wolf uses the press secretary as an example of feminist hypocrisy,” they write. “Sanders tweeted a message for Democrats earlier this month calling them out for trying to block Gina Haspel’s confirmation to be the first female CIA director in history.”

There is no one more qualified to be the first woman to lead the CIA than 30+ year CIA veteran Gina Haspel. Any Democrat who claims to support women’s empowerment and our national security but opposes her nomination is a total hypocrite

“After Gina was nominated, my best friend Sarah Huckabee Sanders tweeted, ‘Any Democrat who claims to support women’s empowerment and our national security but opposes her nomination is a total hypocrite,’” Wolf said on her Netflix program. “Well, if anyone’s an expert of hypocrites, it’s Sarah Huckabee Sanders. And for the record, that was not a looks-based joke. That was about her ugly personality. She has the Mario Batali of personalities.”

It remains entirely unclear how a woman who has navigated through an entirely male-dominated field and elevated herself to the top intelligence post in the U.S., making history by doing so, is somehow not a feminist, but who needs to be ideologically consistent when you can just call people names?

WATCH: High School Officials Cancel National Anthem Before Game, So The Crowd Takes Matters Into Their Own Hands