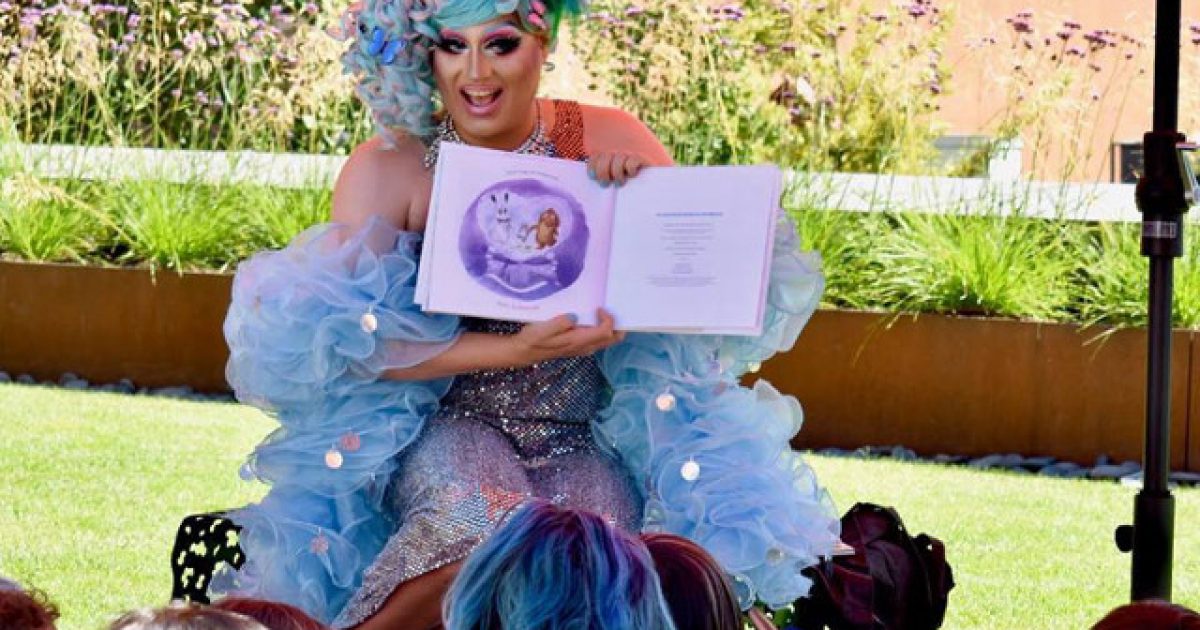 Communities in the South are taking a stand against the “Drag Queen Story Hour” propaganda being shoved down the throats of parents and children through local public libraries, a strategy no doubt intended to not only normalize cross dressing but transgenderism and homosexuality as well.

The reading sessions often consist of men decked out in women’s clothing and makeup, presenting stories that are focused on “gender fluidity” and that present “positive and unabashedly queer role models” to children.

“Drag Queen Story Hour (DQSH) is just what it sounds like—drag queens reading stories to children in libraries, schools, and bookstores,” the organization’s website explains. “DQSH captures the imagination and play of the gender fluidity of childhood and gives kids glamorous, positive, and unabashedly queer role models. In spaces like this, kids are able to see people who defy rigid gender restrictions and imagine a world where people can present as they wish, where dress up is real.”

While the Associated Press suggests the story hours have been generally accepted in big cities, including LA, Chicago, New York and New Orleans, in “smaller communities,” the gender fluidity children’s programs have “sparked protests from conservative and religious groups.”

AP reports that the president of the local public library board in Lafayette, Louisiana recently resigned amid the debates over the planned Oct. 6 drag queen children’s hour, while the Lafayette mayor has signaled that he might cancel the event. In Columbus, Georgia, protesters gathered outside the library to express their disapproval of the event.

A group based in Mobile, Alabama is also pushing back, planning protests over a Sept. 8 children’s event. AP notes that at that event “drag queen Khloe Kash is scheduled to read ‘Rainbow Fish,’ a 1992 story about the value of sharing, and ‘Stella Brings the Family,’ about a little girl fretting over what to do about her school’s upcoming Mother’s Day celebration because she has two fathers.”

“The program is designed to purposely target children so as to make sexual perversion acceptable through repeated exposure,” Mobile-based Common Sense Campaign Tea Party wrote on its Facebook page.

Baptist ministers and supporters are speaking out against Mobile's Drag Queen Story Hour.

"We recognize it as the opening salvo in a clearly defined cultural war," said the Rev. Mack Morris, pastor at Woodridge Baptist. "We must protect our children." https://t.co/IcuwSKj2rT pic.twitter.com/MRUn7gL6Zs

A recent study was conducted by a major university that discovered that, shock of all shocks, children are super easily influenced, and that as a result of being constantly overexposed to transgenderism, many of them are becoming “trans” simply because it’s trendy.

Yes, that’s right, folks. Science is admitting that this sort of gross, egregious sexual perversion is contagious. Sickening to do that to a child, don’t you think?

At the end of the day, the normalization of sexual perversion helps serve the overall agenda of the progressive movement. Liberals believe that only a group of ivory tower elites can rule and govern correctly, in a collectivist societal framework.

Unfortunately, most folks in America are still under the impression that individualism is a good thing, and are thus more loyal to friends and family than institutions. In order for a big government society to form, everyone must be loyal to the state, thus, the progressives must destroy the family unit.

What better way to do that than undermining it with perversion?

It might sound nuts, but that doesn’t mean it isn’t true.

Pro-Life Actress Patricia Heaton Takes Journalist to the Woodshed Over Pope Scandal, Says Her ‘Allegiance is Only to Christ’

Candace Owens ‘OWNS’ CNN After They Made This Claim