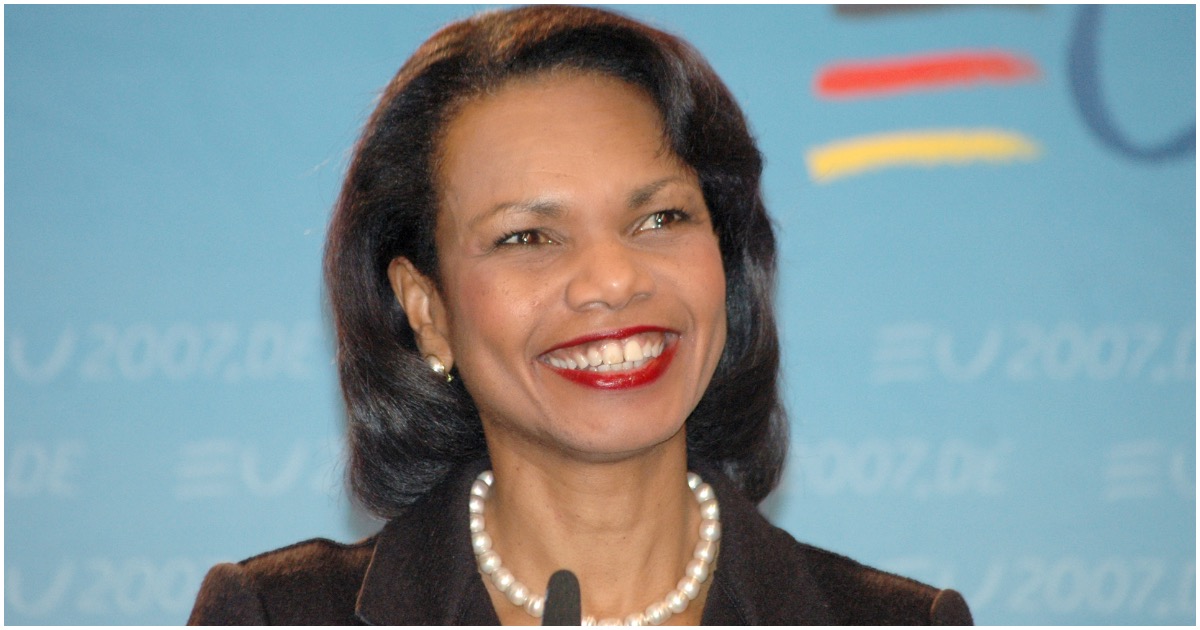 For some reason, former Secretary of State Condoleezza Rice has been mentioned as the next head coach of the NFL’s Cleveland Browns.

She was the first black female secretary of state, as well as the first female national security adviser.

The Cleveland Browns, now on the hunt for a new head coach, announced last week that they’d be open to hiring a woman for the coveted NFL job, and reportedly they already have a woman in mind: Bush Administration Secretary of State Condoleezza Rice.

ESPN reports that Rice has made the “short list” of people the Browns are considering interviewing for the head coach position, recently vacated by Hue Jackson, who won only three of the team’s last 40 games. Right now, the Browns are operating with an interim head coach — one of the team’s defensive coordinators — until they can find a more suitable replacement.

Rice, 64, is a lifelong Browns fan, a love she developed from watching Cleveland’s games with her father at their home in Birmingham, Alabama. She attends some of their games and was spotted on the field with owners Dee and Jimmy Haslam before Cleveland’s game in Oakland on Sept. 30.

A potential interview hardly means the Browns will hire Rice, but they are interested in talking to her about the job and seeing what she could bring to the position and the organization, a source said.

The Browns have since released a statement.

It doesn’t say Rice has been ruled out, per se:

Rice released her own statement:

I love my Browns — and I know they will hire an experienced coach to take us to the next level.
On a more serious note, I do hope that the NFL will start to bring women into the coaching profession as position coaches and eventually coordinators and head coaches. One doesn’t have to play the game to understand it and motivate players. But experience counts — and it is time to develop a pool of experienced women coaches.
BTW — I’m not ready to coach but I would like to call a play or two next season if the Browns need ideas! And at no time will I call for a “prevent defense.” 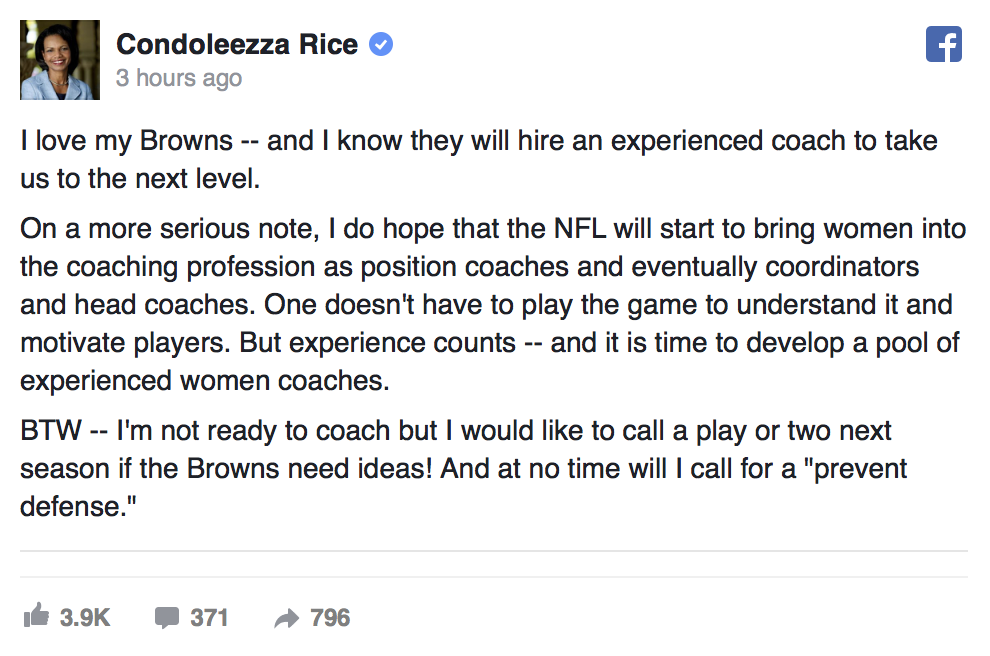 If, for some reason, the Browns do hire Rice, in whatever capacity, you can be certain one side of the political aisle won’t be pleased.

Never mind the fact that Rice would shatter all kinds of ceilings as a woman in the male-dominated world of sports.

Some will view her as only a Republican, unfit for the position.

Get Ready: Trump Preparing to Oust ‘3 or 4 or 5’ Cabinet Members (Details)