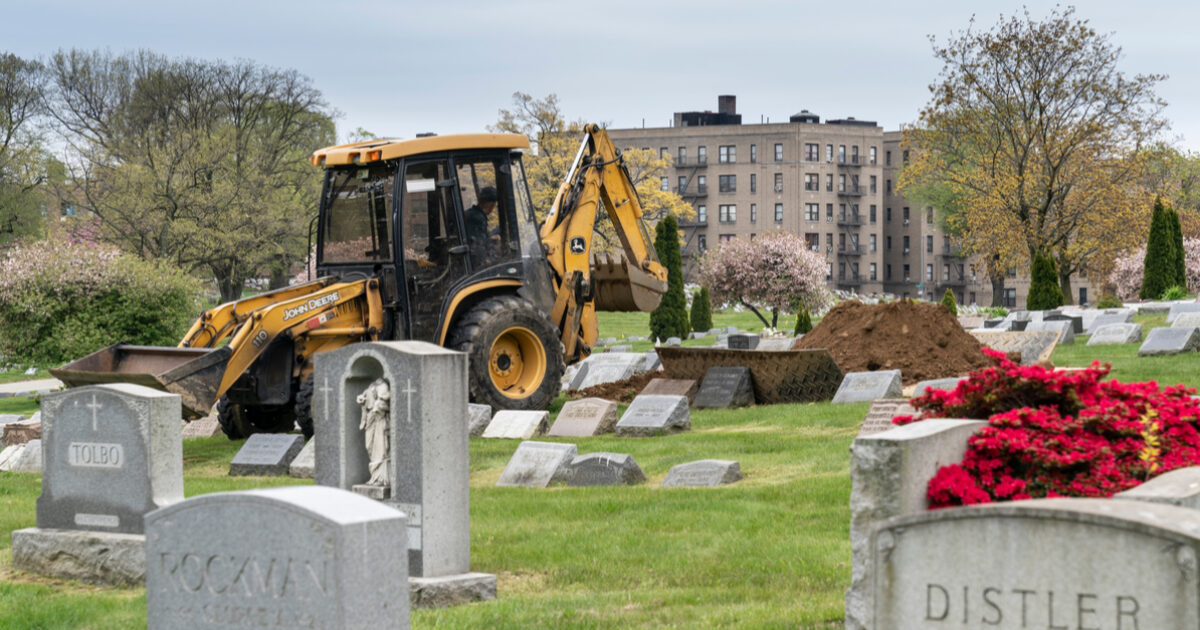 Over the course of the last several years, the liberal left has stood accused of historical revisionism more than a time or two, as they look to erase, (or “cancel”), any figure from our nation’s past that might have been problematic in the very least.

In particular, the left has taken aim at the Confederacy of the Civil War, and the Americans that chose to fight on that side of the bloody affair.

This push to cancel the group has largely manifested itself in the removal of statues and monuments honoring the Confederate dead.

Workers arrived at a Tennessee park Tuesday to begin the process of digging up the remains of Confederate Gen. Nathan Bedford Forrest and moving the former slave trader’s body from its longtime resting place in Memphis to a museum hundreds of miles away.

Crews prepared to remove the graves of Forrest and his wife from Health Sciences Park in Memphis’ busy medical district. The park used to bear the name of the early Ku Klux Klan leader and feature a statue of the cavalryman on a horse, but the name has been changed and the statue removed in recent years.

Workers must dismantle the statue’s pedestal before they can disinter the Forrests’ remains and move them to a Confederate museum in Middle Tennessee. A heavy crane was positioned nearby as workers began taking apart the pedestal Tuesday. The entire process could take weeks.

Both the statue and the remains will be moved approximately 200 miles away, to a Confederate cemetery in Colombia. 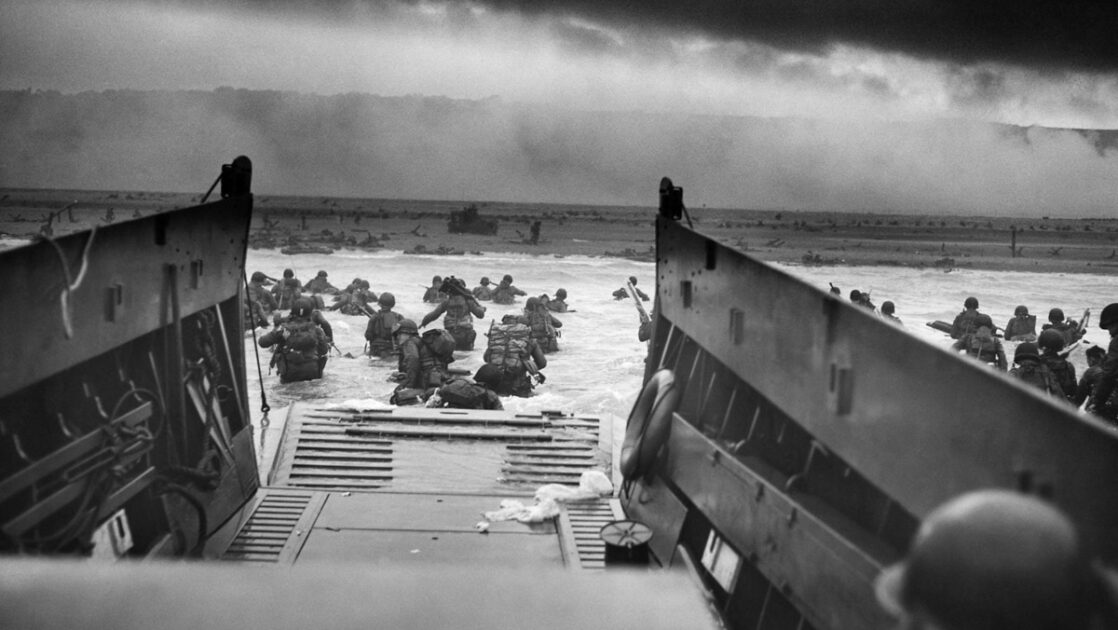 June 6, 2021, is the 77th Anniversary of D-Day, the Allied invasion of Normandy. The invasion that saved the world from Nazi allied invasion of Normandy On June 6, 1944, more than 160,000 Allied troops landed along a 50-mile stretch of the heavily fortified French coastline to fight Nazi Germany on the beaches of Normandy, France. Code named Operation Overlord, Gen. Dwight D. Eisenhower called the operation a crusade in which “we will accept nothing less than full victory.” The invasion was supposed to happen on the 5th, but the weather forced Eisenhower to delay: Capt. James Martin Stagg was the chief meteorologist of the British Royal Air Force and was the one to brief Eisenhower about the rough seas and lashing rain affecting the shore on June 5. Stagg previsioned the small window of better weather for early morning June 6….The Germans did not foresee this brief break in the bad weather. In fact, they forecast unsettled weather until mid-June. In charge with the defense of the invasion of beaches with the Germans, Field Marshal Erwin Rommel was certain there would be no invasion between June 5 and 8 because the tides would not be favorable. Rommel was very wrong. On June 6th, more than 5,000 Ships and 13,000 aircraft supported the D-Day invasion, and by day’s end, the Allies gained a foothold in Continental Europe. Within ten days, there were half a million troops ashore, and within three weeks, there were two million. Allied invasion of Normandy The invasion was the most massive amphibious military assault in history and required extensive planning. The cost in lives on D-Day was high. More than 9,000 Allied Soldiers were killed or wounded. Their sacrifice allowed the allies to begin the slow, hard slog across Europe, defeat Adolph Hitler’s troops, and save…

What happened in China on June 4th, 1989, is something worth remembering every year. 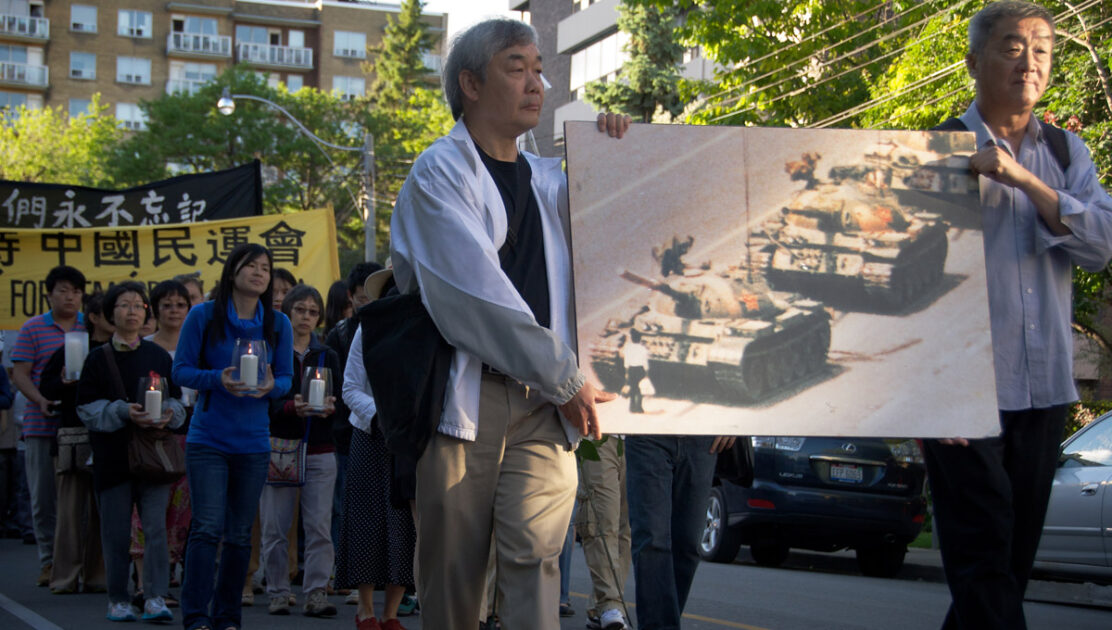 By Wes Walker Should we respect China as just another modern state in the competitive mix with all the others? Or should we view their regime more like a dangerous coiled snake waiting for its chance to strike? If you listen to Hollywood, the NBA, and even Joe Biden, you might be lulled to sleep by the lullaby that China is just another advanced nation taking its place at the table among friendly rival nations… that we shouldn’t take their threats to nuke America too seriously. Nor should we worry too much about the COVID cover-up, or the various inroads they have been making at corrupting Universities, stealing IP, acquiring dual-use technologies, ramping up their military potential, or harassing their neighbors. And we definitely, definitely, shouldn’t pay any attention to the close financial ties Joe Biden’s family has to the CCP… asking who the Big Guy is who gets 10% is strictly off-limits. But some of us have memories longer than a goldfish. And June 4th happens to mark an important day in history — one worth remembering every year. A famous photo from that event is etched in the minds of most anyone who was alive to remember when it was news. https://twitter.com/txsharmatweet/status/1400168668261011456 Here’s an image of that day you probably have NOT seen before. https://twitter.com/Stand_with_HK/status/1398289205680353281 The Chinese army crackdown on the 1989 Tiananmen Square protests killed at least 10,000 people, according to newly released UK documents. The figure was given in a secret diplomatic cable from then British ambassador to China, Sir Alan Donald. The original source was a friend of a member of China’s State Council, the envoy says. Previous estimates of the deaths in the pro-democracy protests ranged from several hundred to more than 1,000. China’s statement at the end of June 1989 said that 200…