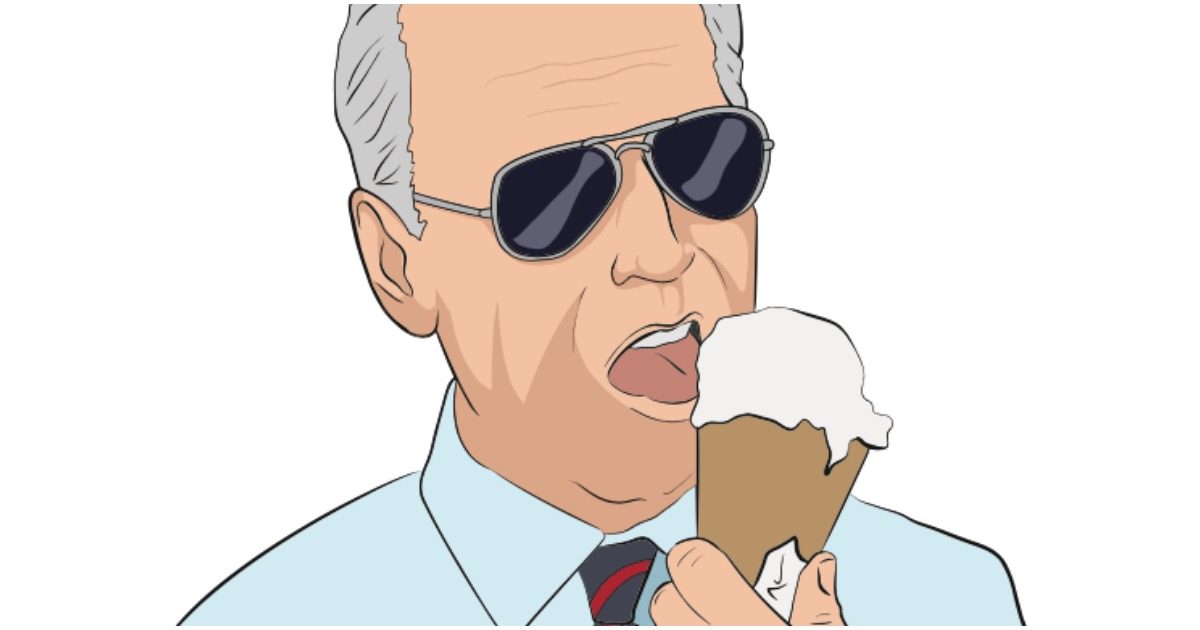 Classic, Joe Biden. Classic, Democrats – if you think about it. Joe knew he was lying when he said he was arrested while in South Africa visiting Nelson Mandela back in the 1970’s. But he apparently never figured anybody would ever look into it.

Which only goes to show that Democrats dream of replacing Americans with illegal aliens. https://t.co/vivBaZu5CA

Gov. Cuomo Says NY ‘Comfortable’ With Number Of Protective Equipment And Ventilators They Have

According to New York Gov. Andrew Cuomo, his state is “relatively comfortable” with the number of ventilators and other protective equipment it is in possession of right now. New York is the state that’s been hit the hardest in the coronavirus outbreak and has been struggling with keeping an adequate supply of medical equipment to protect medical professionals and help treat patients who have tested positive for COVID-19. Many of the shortages have focused on items like gloves, masks, and ventilators. However, as of Friday, Cuomo said New York now has enough equipment to function. Here’s more from The Washington Examiner: “We’re OK right now. We’re OK. PPE you need every day. We have a stockpile where we are now relatively comfortable,” Cuomo said. “Remember, what we’re saying to these hospitals, they’re all uncomfortable. If you ask any hospital if they have enough PPE, they will say no. It is like asking a budget director does he have enough revenue. They will never say yes.” He continued, “These hospitals are accustomed to having a one-month to two-month stockpile. They are now looking at several days of stockpile. So, they are all uncomfortable, but we only have several days for any hospital. And we do have several days for every hospital, and we do have a supply that’s coming in. So, compared to how we have been operating on this new dire circumstances, we are relatively comfortable with ventilators and PPE.” Cuomo made it clear the current situation could change if the rate of hospitalizations for the coronavirus were to suddenly spike up again. As of now, the state has been seeing the numbers level off a bit over the last several days. The governor stated that he talks with hospitals daily and gets reports concerning the supplies these facilities have…

A group of Democrats within the House of Representatives are looking to propose a new bill that would cover 100 percent of most worker paychecks throughout the COVID-19 crisis that is making people sick, killing our vulnerable citizens, and destroying out economy and way of life. Of course, the biggest concern with such an idea is where in the world the money is going to come from. If the assumption there is that they are going to just print money to try and cover the cost, that’s a very, very bad idea. Inflation will make the dollar worth less than it already is and cause the cost of living to skyrocket. Here’s more on this from The Washington Examiner: Rep. Pramila Jayapal, a Washington Democrat and co-chairwoman of the Congressional Progressive Caucus, announced the Paycheck Guarantee Act, which she said would provide “a federal paycheck” to workers, covering 100% of earnings up to $100,000. “A federal paycheck guarantee is a real solution that matches the scale of the crisis. Mass unemployment is a policy choice. We can and should choose differently,” Jayapal said in a statement Friday. “A federal paycheck guarantee would stanch more layoffs and unemployment, and quickly and reliably deliver relief to workers. Workers would not be forced to apply for unemployment insurance, overwhelm that system and then have to once again find a job. Businesses of all sizes would be able to keep workers on payroll and benefits — and be able to quickly re-open — partially or fully, without having to rehire and retrain their workforce.” Just last month both Congress and President Trump put into law a bill that called for $2.2 trillion — that’s “trillion” with a “t” — to provide $1,200 in cash payments and expanded unemployment benefits to up to four months…

Gov. Cuomo Says NY ‘Comfortable’ With Number Of Protective Equipment And Ventilators They Have

According to New York Gov. Andrew Cuomo, his state is “relatively comfortable” with the number of ventilators and other protective...

A group of Democrats within the House of Representatives are looking to propose a new bill that would cover 100...

Nikki Haley Wants Investigation Into Coronavirus Response, Says ‘We Have The Right To Answers’

Former United States Ambassador to the United Nations, Nikki Haley, took the top global health organization to the woodshed amid...

This is getting out of control!

Imagine what would happen if he was conservative...