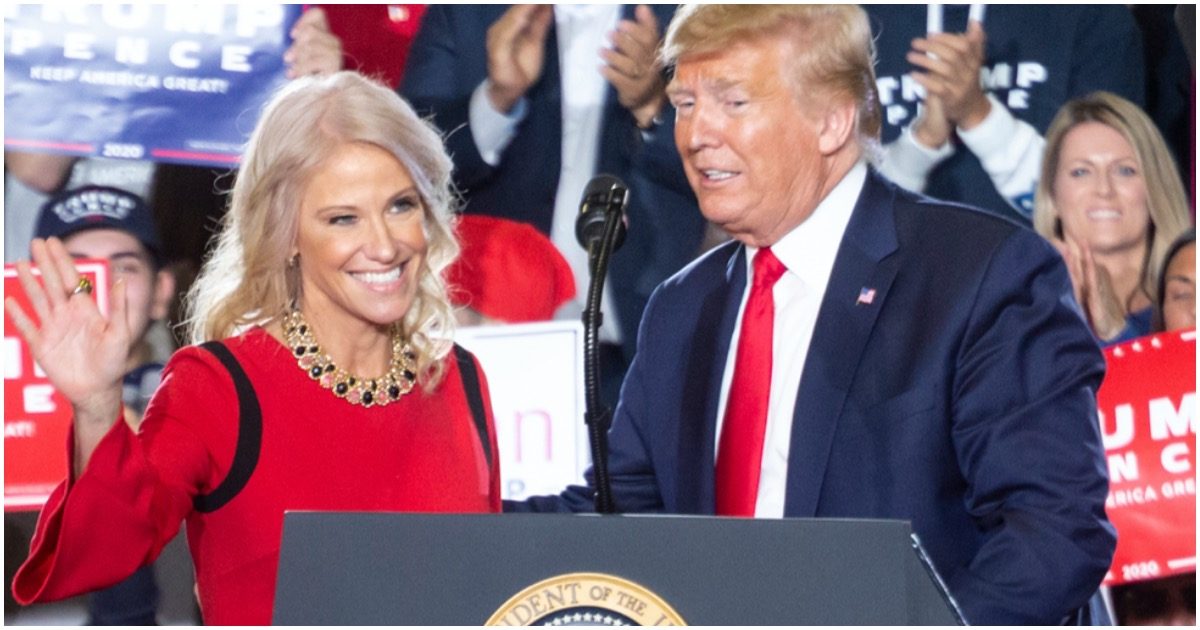 Because she helped Donald Trump win the 2016 presidential election, Kellyanne Conway is looked down upon by radical elite leftists. They seem to forget that Conway is the first and only female campaign manager to see her candidate win the White House.

If she was on team Obama in 2008, Kellyanne’s face would be on Mount Rushmore by now.

Late on Sunday evening, it was announced that she will be leaving her post.

Kellyanne Conway, the counselor to the president and one of the longest fixtures in the Trump White House, will leave her position at the end of the month to focus on her family, she tweeted late Sunday.

God Bless You All. 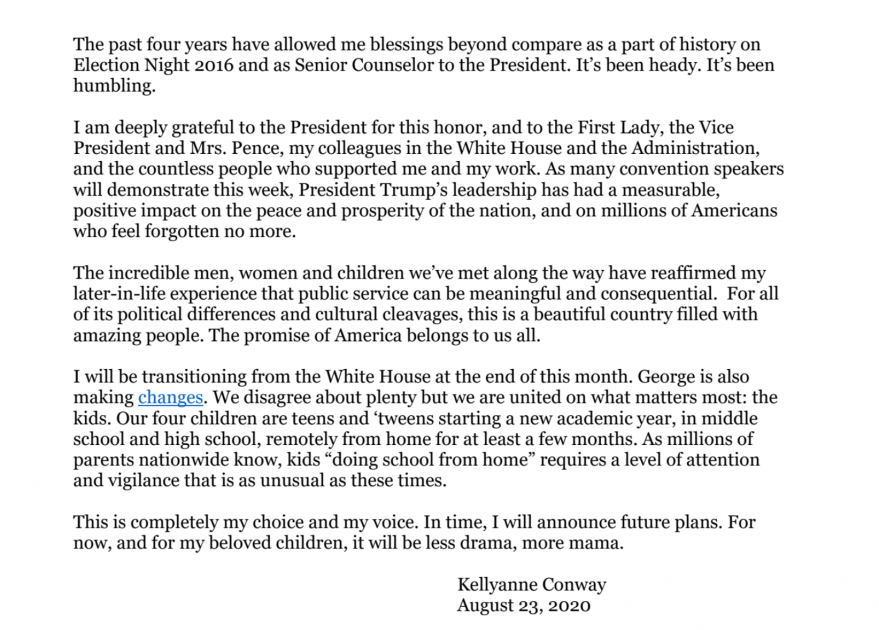 So I’m withdrawing from @ProjectLincoln to devote more time to family matters. And I’ll be taking a Twitter hiatus.

Needless to say, I continue to support the Lincoln Project and its mission. Passionately.