Steve Scully apparently interned for Joe Biden a few decades ago. How he was ever named moderator for the second presidential debate (which was cancelled due to Trump’s COVID diagnosis) is simply stunning.

That would be like getting Donald Trump Jr. to moderate the third debate. Not exactly a fair fight for Joe, huh?

You know that whole “I was hacked on Twitter” story Scully announced after a tweet resurfaced of him being critical of POTUS?

C-SPAN announced Thursday it had suspended political editor Steve Scully indefinitely after he admitted he lied that his Twitter account was hacked after a message to former Trump aide-turned-adversary Anthony Scaramucci emerged.

Scully, the “Washington Journal” host who was slated to moderate the now-canceled town hall debate between president Trump and Joe Biden, went viral last week after a tweet sent from his account indicated he had reached out to the former White House communications director.

“For several weeks, I was subjected to relentless criticism on social media and in conservative news outlets regarding my role as moderator for the second presidential debate, including attacks aimed directly at my family. This culminated on Thursday, October 8th when I heard President Trump go on national television twice and falsely attack me by name. Out of frustration, I sent a brief tweet addressed to Anthony Scaramucci. The next morning when I saw that this tweet had created a controversy, I falsely claimed that my Twitter account had been hacked.”

One thought on the Scully suspension after lying about getting hacked. The Presidential Debates Commission was very quick to cancel the second debate that would have watched by 70-75 million. No effort was made to find an alternative date. Question is if Scully impacted decision. 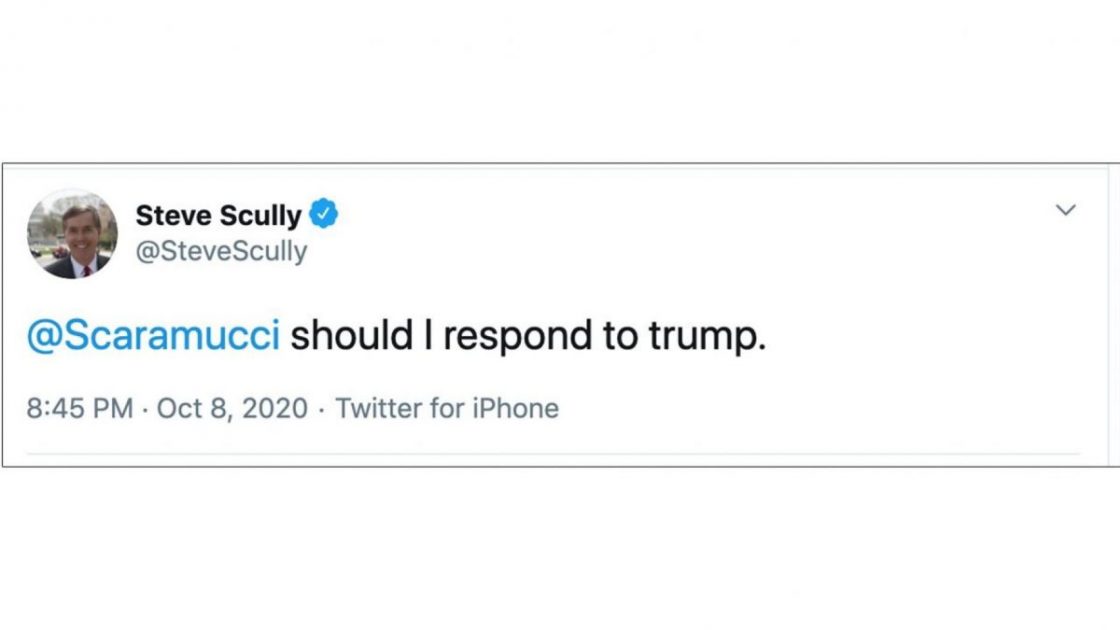 Scully said he was hacked years before, too…

CREEPY:  Amazon Alexa Can Now Speak in the Voice of Deceased Loved Ones

Nope. None for me. No thank you.

Things could get hairy out there.

Navy Desertion Absolutely Exploded as Soon as Biden Took Office - Have Our Men in Uniform Lost Confidence in POTUS?

The United States Navy has been plagued with an epidemic of desertions since President Joe Biden took office.
By Richard Moorhead, The Western Journal  June 24, 2022 Comment MoreShare

Understanding the profound truths of Scripture will mature your faith and strengthen your conscience, thinking and actions.
By Ralph Drollinger, The Western Journal  June 24, 2022 Comment MoreShare

Biden has a new plan to lower gas prices, but politicians from both parties have taken issue with the idea.
By Grant Atkinson, The Western Journal  June 24, 2022 Comment MoreShare
Next