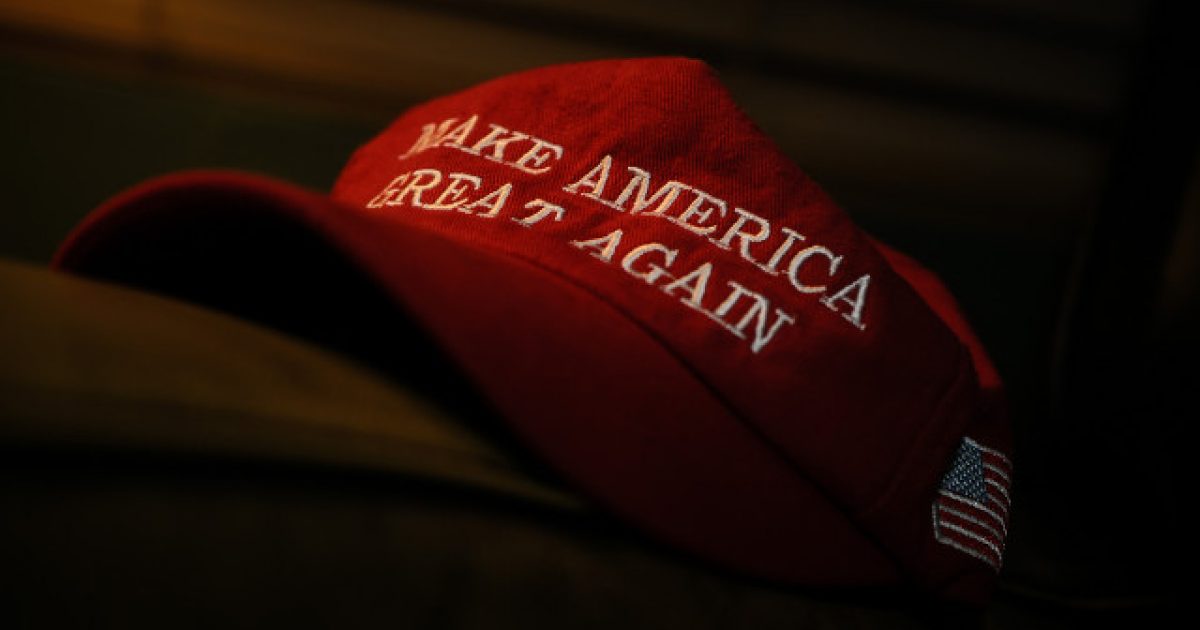 A group of congressional interns with MAGA hats attempted to catch a ride with an Uber to the Trump International Hotel in Washington, but the driver had other plans.

His other plans included refusing them service, a practice which most conservatives and folks on the right have no problem with, but the left has condemned repeatedly over and over again. That is, until it’s conveniently used by them in their own businesses.

Matthew Handy, an intern for Rep. Mike Bost, R-Ill., told the Washington Examiner he and three other congressional interns hailed an Uber on Tuesday night near George Washington University, having ordered it to take them to a monthly gathering of Trump supporters at the Old Post Office.

Handy was purposely holding his red hat emblazoned with President Trump’s 2016 campaign slogan in his hand as to not “impose” his beliefs on the driver when he took his seat behind him, he said on Thursday.

Handy had yet to close the door when the driver allegedly asked him whether he and one other intern had “Make American Great Again” hats.

“He then said ‘I can’t do the ride,'” Handy said of the driver after the two interns confirmed that they were.

Handy recounted that his first reaction was to laugh because last time he was questioned by an Uber driver about his “Make American Great Again” hat the man had been joking.

“We asked whether he was being serious right now and he said ‘Please get out of my car,'” Handy said, describing the driver’s behavior as “rude” but not threatening.

Now, a lot of folks are stating it was wrong for this driver to refuse these folks service, but that doesn’t jive well at all with the right’s claim that any employee of any business has the right to deny service for any reason.

If we want to have freedom to refuse baking a gay wedding cake, then we have to apply this principle fairly and evenly across all areas. You can’t get mad at the left for doing exactly what we’re doing.

Could the man have maybe handled the situation better? Perhaps. But again, he wasn’t threatening, just rude. That’s much easier to fix than someone who becomes mentally unglued over.

Still, we must be sure to be consistent in our views, and this driver was well within his rights to say no.

Democrats Jump Ship on ‘Abolish ICE’ Bill. Here’s What Made Them Bail.