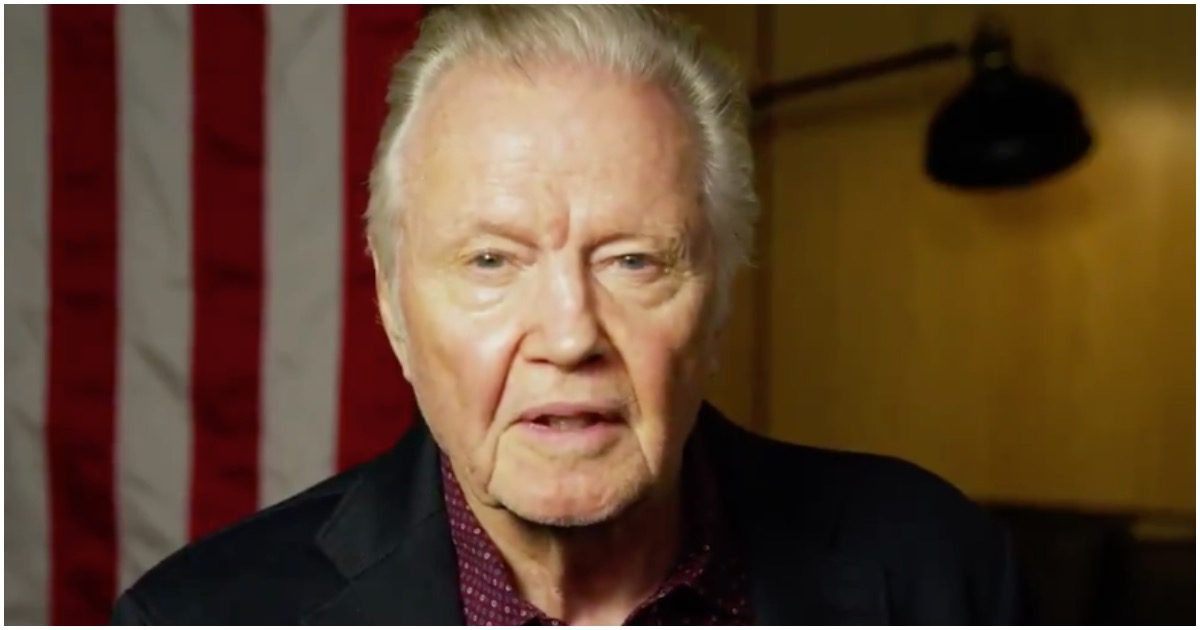 Jon Voight don’t care. He’s not intimidated by the far-left wing of Hollywood. He is accomplished. He’s proud to stand for the flag and supports President Trump.

In the two-minute video posted to his Twitter account, Voight takes shots at the left, claiming its entire agenda is based on lies.

“Biden is evil,” the 81-year-old actor says calmly to the camera. “Trump must win — he’s real. He will bring back the people’s trusts. These leftists are not for the American people. It’s the biggest cover-up ever.”

In a two-part video from 2019, the actor made it clear that he believes 45 is the greatest president since Abraham Lincoln.

Latinos Who Support President Trump Are ‘Roaches,’ According to Actor John Leguizamo