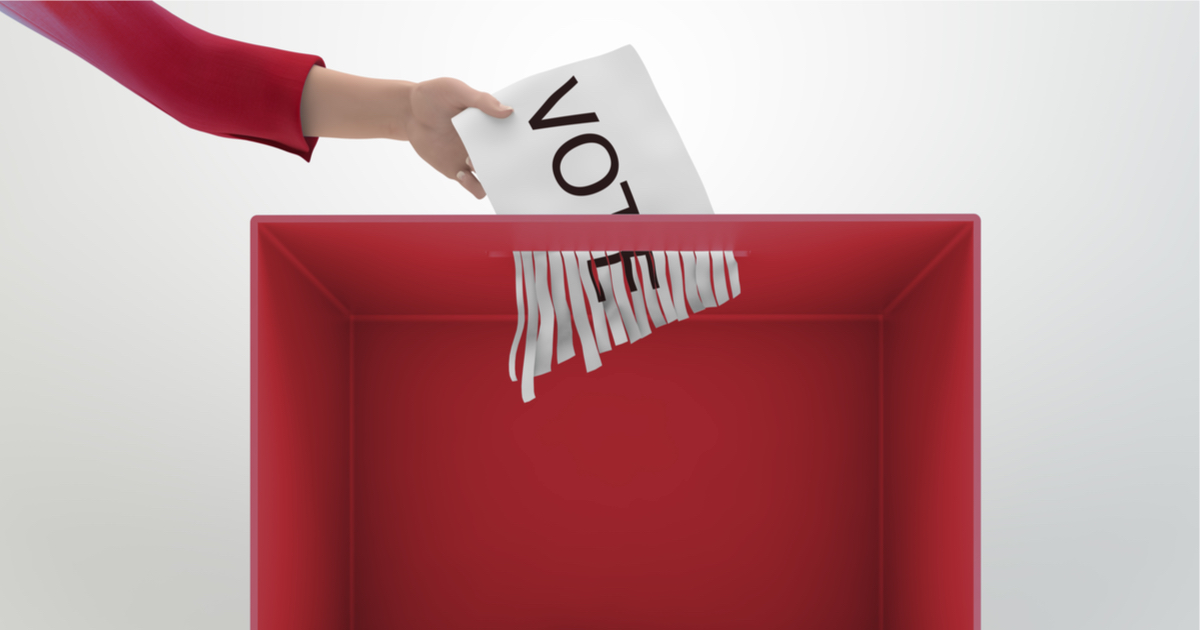 While we at home are glued to our advertising machines, and being screamed at by pundits and talking heads in the process, something very sinister is occurring within the halls of The Capitol.

The democrats were gutted at the end of the 2016 election.  Hillary was able to easily rig her own primary, how could she not then win the general election?  The reasons are legion, and we don’t have time to cover them all, but the fact remains that her efforts just were not enough.

So, of course, the democrats now want to change the rules of the game.

Over 150 conservative leaders nationwide released a “Memo to the Movement” from the Conservative Action Project on Monday, declaring that they are opposed to the Democrats’ kick-off legislation H.R. 1, which would profoundly shift elections toward liberal candidates and open the door to rampant voter fraud, calling Speaker Nancy Pelosi’s bill “the ultimate fantasy of the left.”

“Conservatives are united in opposing H.R. 1, the attempt by House Democrats to fundamentally undermine the American electoral system,” the Memo begins.

It explains several key features of Pelosi’s inaugural legislation, outlining how it is designed to ensure that a liberal Democrat wins the White House in 2020 and the Left gains unified control of Congress and well as take over state governments.

As if the bill wasn’t offensive enough, there are other repercussions to be considered as well.

The Democrats’ bill violates the First Amendment. It restricts political speech and election activities in several ways that the U.S. Supreme Court has made crystal clear violates the Constitution, such as groups’ pooling resources to take out ads on the issues those groups advocate.

And now for the worst part:

H.R. 1 also mandates countless millions of taxpayer dollars be given to candidates for their campaigns, requiring citizens to fund candidates who those citizens actually oppose for office.

The Memo highlights several other features of the bill, including:

Many of these items are statistically more likely to increase Democrat and liberal votes over Republican and conservative votes. For example, most felons vote for Democrats, and people who do not register to vote until the last minute lean left as well.

Others increase the odds of voter fraud and intimidation. The most secure method of voting is in a government building on Election Day. Early voting, voting by mail, automatically registering people to vote when they get s driver’s license, and allowing a person to register for the first time on Election Day, are each more susceptible to fraudulent votes or for voters to be intimidated regarding who they should vote for.

The left’s inability to win via the rules established is not an indication of a broken game, but a broken party.

We must remember that these democrats are the same who banded together to rig their own primary election in order to put up a flawed candidate like Hillary Clinton, essentially robbing their own constituents of their will.