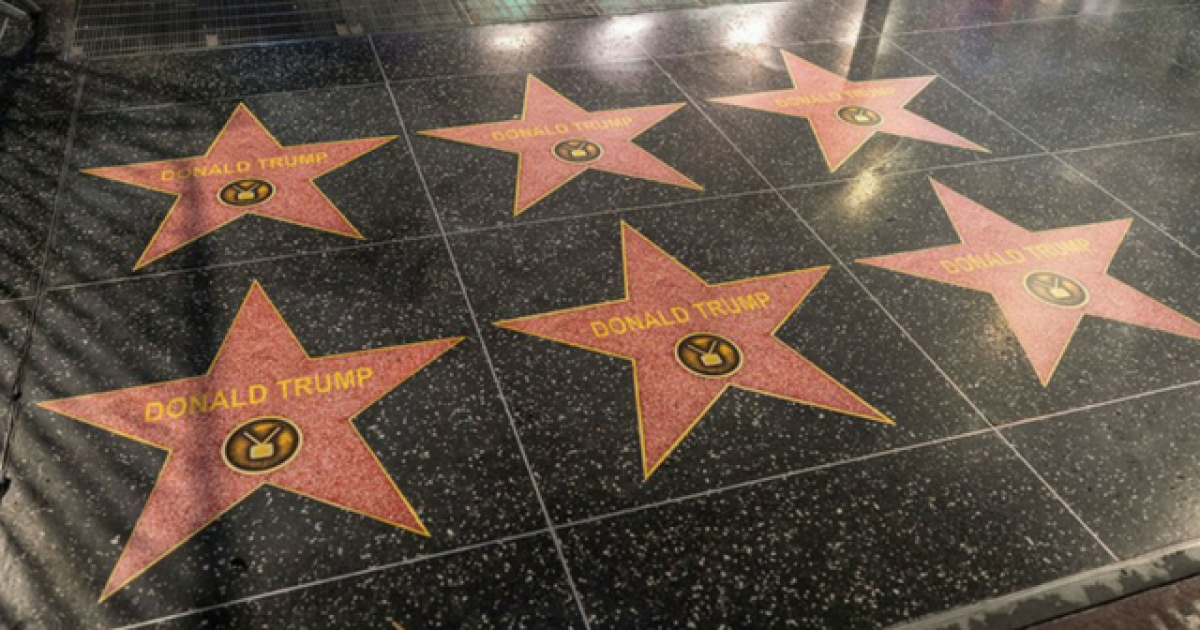 Conservatives aren’t normally the type to conduct large-scale street art installations, but in this case, we sure are glad one Trump supporter decided to go against the grain.

Trump’s star on the Hollywood Walk of Fame has had quite a month, after first being destroyed by a pickaxe-wielding, anti-Trump vandal late July and then facing removal awaiting a vote from the Hollywood Chamber of Commerce.

It’s as if liberals think that Trump’s star is like The Ring, and that if they remove it, they will take away some of his orange MAGA power or something.

To further vex a community that finds itself afflicted with widespread Trump Derangement Syndrome, one California street artist decided to respond to the attacks on the President’s star in absolutely brilliant fashion: by plastering the Walk of Fame with dozens of Trump stars.

“Take down his star, and we will descend upon you with 30 fresh stars,” read a Twitter account associated with the well-known street artist Sabo.

Take down his star, and we will descend upon you with 30 fresh new stars.

We are MAGA Legion. pic.twitter.com/vsPLW0ohdn

It is also worth noting that for some insane and unexplained reason, the video is marked as possibly containing “sensitive content,” despite there being nothing other than footage of the multiple stars in the 19-second clip.

This is a pretty good representation of the conservative movement today, really. The more liberals double-down on their crazy, hateful rhetoric against Trump, the more his approval ratings seem to soar.