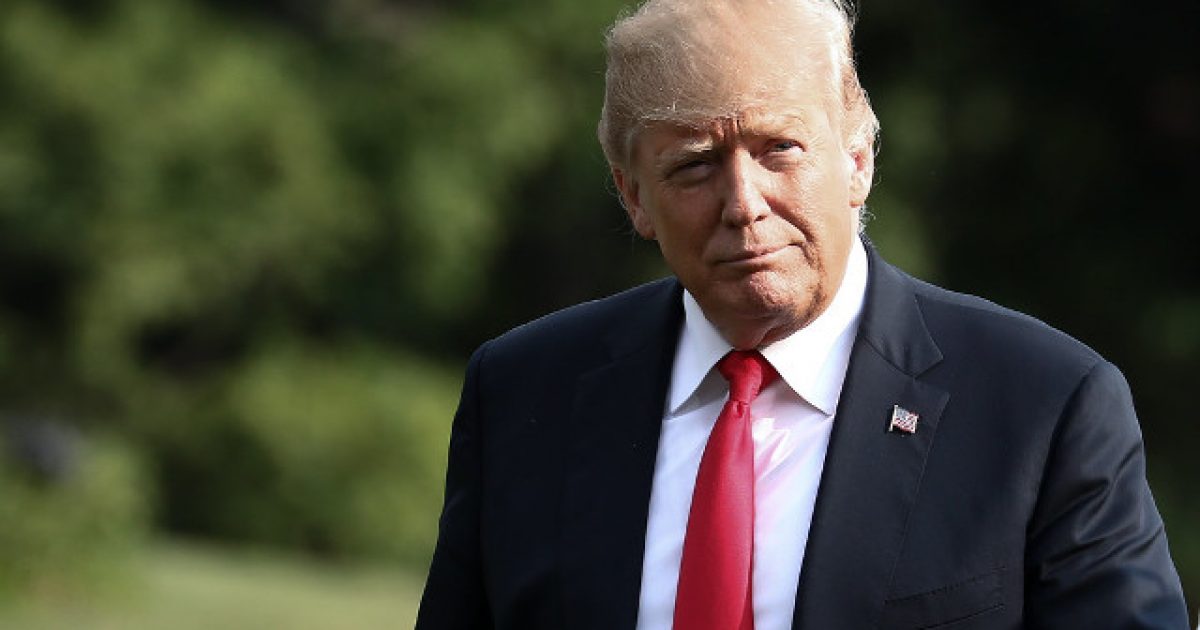 Ever since President Trump was sworn into office, folks on the left have been claiming that trolls on social media are largely responsible for his upset of left-wing fan favorite Hillary Clinton, a narrative they have pushed, investigated, and worn into the ground on numerous occasions for three years now.

The truth of the matter is, this was never the case with Trump’s victory. What liberals in this country simply refuse to admit is that Obama’s eight years in office were a complete and utter disaster, having wrecked our health care system and increased oppressive taxation by astronomical numbers. Small businesses faltered, people lost their jobs, and things were pretty terrible.

Trump was elected because people were sick and tired of liberal policies and all the wacky political correctness being pushed everywhere. They wanted something different. Something less radically left-wing. When the Democratic Party refused to provide something along those lines, they voted for Trump.

The Daily Wire has more on why this whole narrative about social media trolls was bogus:

Of course, this was always bogus, as there was never enough ads or groups pushing disinformation (on either side of the political aisle) or money spent to have made a difference. Media outlets and anti-Trump pundits continued to push the idea that the ads were targeted in Michigan, Pennsylvania, and Wisconsin and were enough to persuade enough people in those states to vote for Trump over Hillary Clinton.

The claim has been already debunked – by FiveThirtyEight’s Nate Silver – but now The Washington Post’s Philip Bump is calling out the claim. For reference, the Post has also pushed the narrative that Russian social media trolls influenced the election to such a degree that Trump illegitimately won. From Bump:

That social media push, though? Well, it was more compelling as a narrative, certainly, involving murky, modern terms such as “bots” and “targeting.” But, as I’ve written before, there’s very little evidence that Russia effectively targeted American voters with messages that powered Trump’s victory. Russia paid for a lot of Facebook ads in the populous states of New York and Texas in the last five weeks of the campaign, but its ads targeting the three states that handed Trump the election — Michigan, Pennsylvania and Wisconsin — were seen by only 1,000 people. There’s no evidence at all that Russia used Twitter to target people in particular places or demographic groups, targeting that would have left fingerprints in the form of receipts for payment.

Bump then dismantled a new study that is making the media rounds purporting to show that Russian trolls really did impact the 2016 election. The study found that “a gain of 25,000 re-tweets per week over all [Internet Research Agency] IRA tweets (or about 10 extra re-tweets per tweet per week), predicted approximately one percent increase in Donald Trump’s poll numbers.”

At the end of the day, if Democrats want to stand a chance against President Trump in 2020, they need to pull themselves back to the center and start fighting to protect our rights rather than trying to destroy them in favor of a socialist nightmare that nobody wants.

The question is whether or not they will listen to the voice of the people and stop trying to force feed progressivism down our throats. Seems highly unlikely at this point. Just look at the kind of candidates running for office and the junk they’re espousing for policy positions.

Trump is looking good for another victory next year.

MUST READ: Here Are Seven Reasons Why Trump Might Lose Re-Election In 2020 (Details)