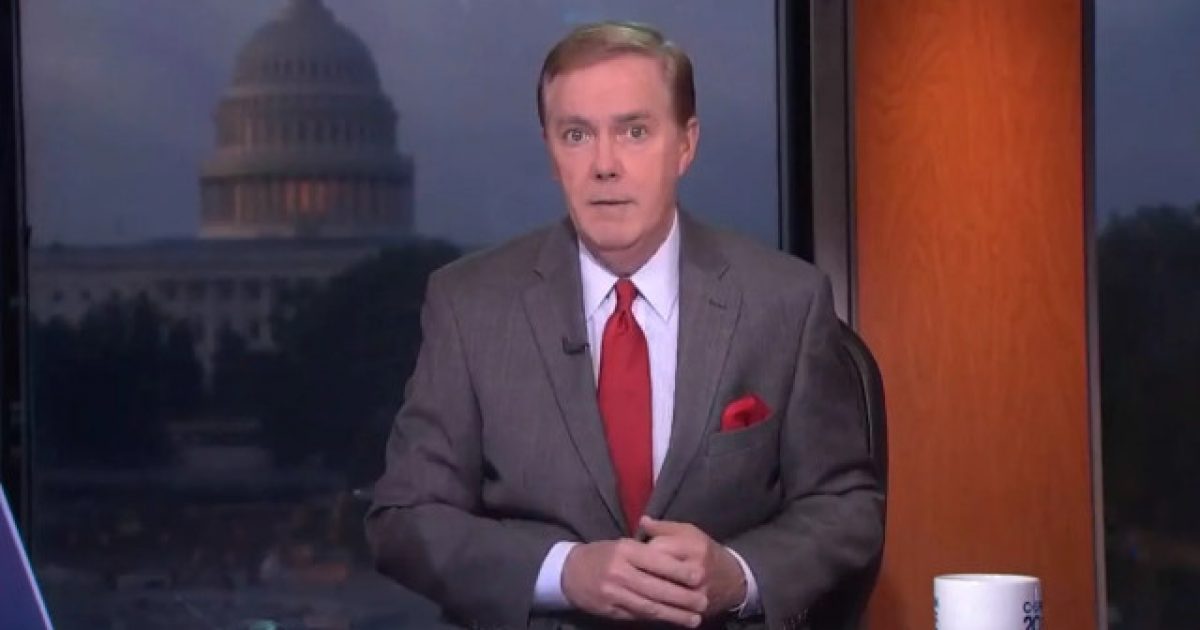 Steve Scully, host on C-SPAN and current choice for moderator of the second presidential debate, managed to rile up some feathers on Thursday night after he sent a tweet to Anthony Scaramucci, who is not exactly a supporter of Trump’s despite the fact he briefly served as the former White House communications director for his administration.

Scully himself has taken a lot of heat — all well deserved — after it was revealed the he used to intern for then-Senator Joe Biden.

Hard to be impartial with all of this going on, right? Perhaps someone else should be chosen to moderate the debate?

Scully tweeted at Scaramucci: “@Scaramucci should I respond to trump.”

The exact context of Scully’s tweet was unclear, but it still ignited backlash from a wide range of political commentators and reporters.

The Hill reporter Joe Concha wrote on Twitter: “What? Why is the next presidential debate moderator publicly asking one of Trump’s staunchest critics in Anthony Scaramucci if he should respond to the president? In a related story, Scully once interned for Sen. Joe Biden. Optics here are horrible & underscore mistrust is media.”

We need a different moderator at the v least. This is disqualifying. https://t.co/tnPhB6z0jj

odd thing for the next debate moderator to tweet. https://t.co/WXH0UdNEB4

Steve is the moderator of the next presidential debate and he thinks he's DMing Scaramucci…but he's tweeting @ him.

Read my latest newsletter on the makeup of the board of the commission on presidential debates and why the leadership needs a shakeup. https://t.co/HblUdKOi1q https://t.co/YUxCpSFeCf

Are you kidding me. Steve Scully the former Biden intern and moderator of the next debate thinks he’s DMing… but he’s doing it out loud.

Yea, totally not a setup. Journalism is dead. https://t.co/b07swOAkKg

Call me crazy, but a debate moderator should not be behaving in this manner. Scully is openly displaying incredible bias toward the Democratic Party. How can any of us, especially President Trump, trust this guy to be impartial? The simple answer is, he can’t. Neither can we.

And all of this comes hot on the heels of the Commission on Presidential Debates announcing that they were switching formats to a virtual event, which Trump said he would not participate in and found unacceptable.