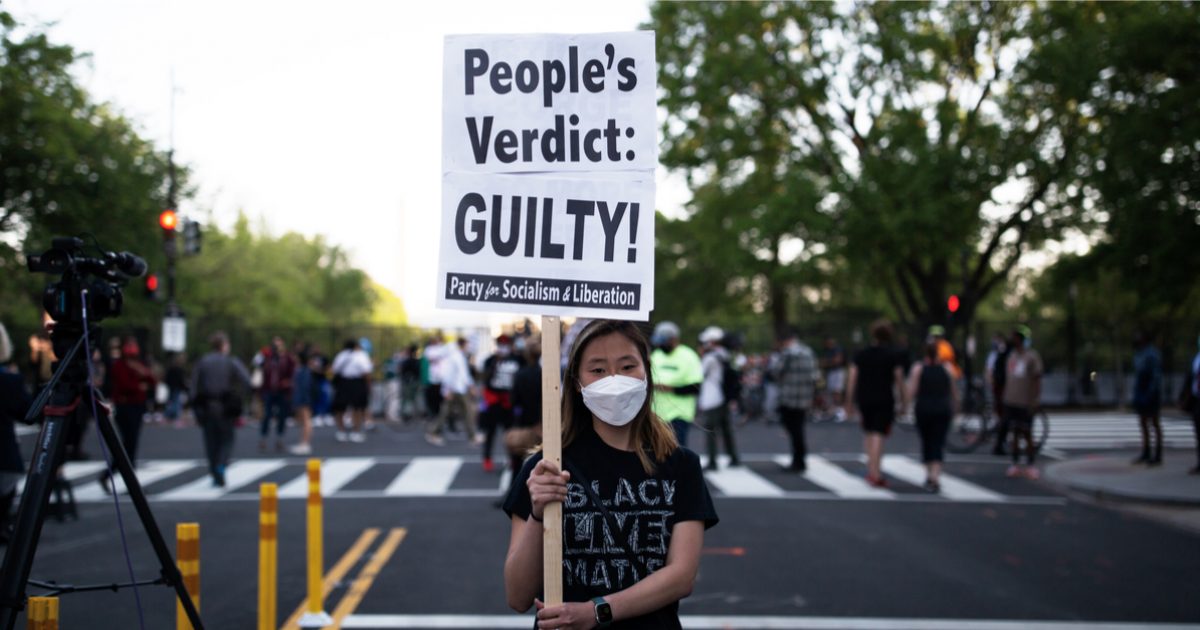 For nearly a year, our nation has been wrestling with what we saw of the last few minutes of George Floyd’s life.

Floyd, during his attempted arrest by the Minneapolis police department, was killed after officer Derek Chauvin knelt on the back of his neck for nearly 9 minutes.  The ensuing 11 months have been a reckoning of sorts for our nation, with people taking to the street by the millions to speak their piece.

In recent days, Chauvin was found guilty on all of the charges he was facing, providing some relief to those who believed that the cop was a killer.

Now, in a move that took only a few weeks, Chauvin is seeking to have the whole thing tossed out.

The defense attorney for the former Minneapolis police officer convicted of killing George Floyd has requested a new trial, saying the court abused its discretion, and he wants a hearing to have the verdict impeached because of what he says is jury misconduct, according to a court document filed Tuesday.

Derek Chauvin, who is white, was convicted last month of second-degree unintentional murder, third-degree murder and second-degree manslaughter in the May 25 death of Floyd. Evidence at trial showed Chauvin pressed his knee against Floyd’s neck for 9 1/2 minutes as the Black man said he couldn’t breathe and went motionless.

Defense attorney Eric Nelson said he is requesting a new trial in the interests of justice. He said there were abuses of discretion that deprived Chauvin of a fair trial, prosecutorial and jury misconduct and that the verdict was contrary to law.

The appeal included a complaint about the unwillingness of the court to move the trial to a different county on account of the publicity, which is a fairly routine path for cases that garner such national attention.