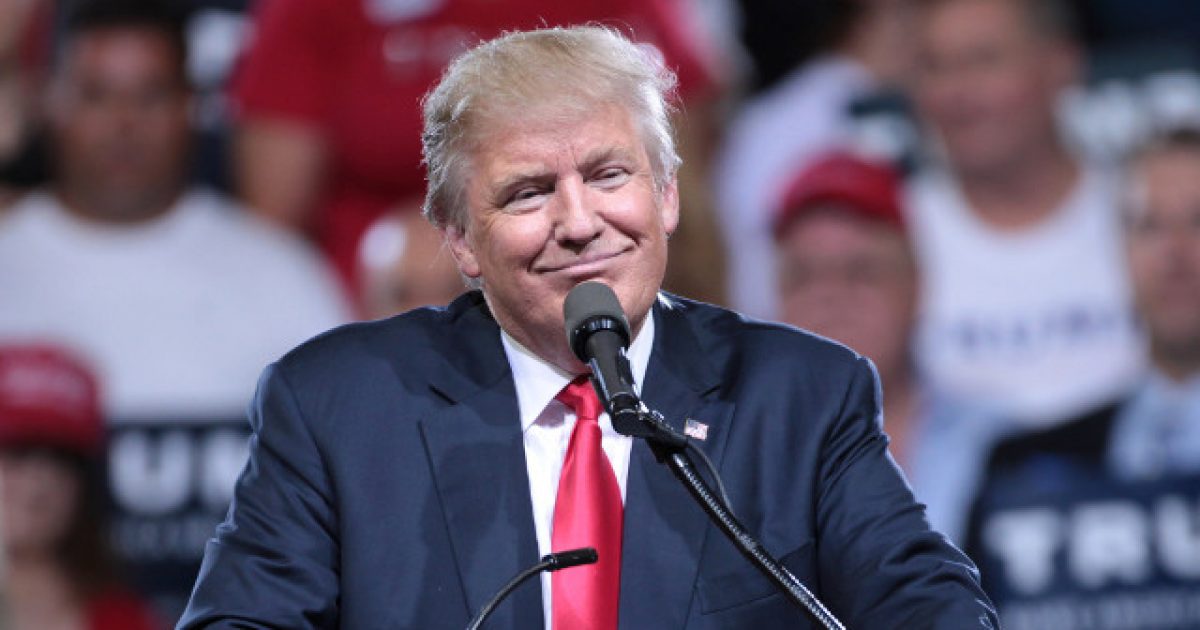 As the November midterm elections barrel ever closer and closer, you can almost literally hear the wind being sucked out of the sails of the Democratic Party, who for months on end have claimed that there was going to be a “blue wave” across the country.

Meaning they were convinced that since Trump is president and everyone hates the man — they don’t really, that’s just the perception of the left — that they would easily take back Congress as revenge for the president stomping Hillary Clinton in the 2016 election.

However, it seems that, thanks to the treatment of Brett Kavanaugh during his SCOTUS confirmation hearing, and the overall positive performance of President Trump, a red tide is forming and pushing back.

Jason Vogel is fired up to vote. He says his passion crystallized two weeks ago when he saw just how chaotic Washington would be if the Democrats seized power in Congress. When Democratic senators smeared Supreme Court nominee Brett Kavanaugh as an attempted rapist without proof, and angry protestors stormed the Capitol, he says he grew increasingly concerned.

“Hard to imagine that occurring every day, but you begin to realize that is exactly what would happen if I didn’t turn out to vote,” he said.

Vogel is with his family at the Erie Insurance Arena to rally for Trump and local GOP Congressman Mike Kelly, who is running for re-election. The Vogels are seated far away from the stage, but that doesn’t seem to dampen their enthusiasm.

The 40-year-old union steward for the local Teamsters 397 says he became motivated to vote for Kelly when he realized everything important to him is being championed by President Trump and is on Kelly’s ballot: “The Second Amendment, trade, job creation and keeping a good economy going, that comes to a daily fight if the Republicans lose the midterms,” he said.

“A lot of my friends feel the same way. We ask ourselves, ‘Why would you vote Democrat?’ Our lives certainly weren’t better under their way of doing business.”

If you’re still not convinced that a large portion of Americans have flipped against left-wing ideology and policy positions, just look at the size of the audience gathering at Trump rallies. At an event in Erie, the president was flabbergasted by the fact the venue was packed out and that 14,000 more people were outside who couldn’t get in.

That’s a heck of a lot of people.

It truly does not appear that things are going to be a walk in the park for the left like they have assumed up to this point, which means they’re likely going to play really dirty if the red tide crushes the blue wave.

You think you’ve seen the left participate in violence before, things could end up getting very rough if that scenario unfolds.

For Amy Westbrook, a Republican who says she’s an occasional ticket splitter, voting in the midterms means preserving things that are important to her, like traditional values. “I just heard Mike Kelly for the very first time. I like what I heard,” she said.

Standing in the overflow crowd at the rally, Westbrook says she wasn’t energized by the Kavanaugh theatrics, though she did scrutinize the hearings. “I really wanted to hear both sides and get to the truth, that was important to me,” she said.

She’s not always a fan of the president’s demeanor, “but I am happy with the results,” she said.

At the end of the day, the average American voter is not a big fan of radical left-wing policies, having lived under them for almost a decade and witnessing their destructive influence on both liberty and the economy. They’re ready for something different, and the hysterics by progressives over Kavanaugh and the total disregard they have for due process is only cementing the love for Trump.

Pledge of Allegiance Dropped at San Francisco School Board Meeting. Here’s What They Replaced it With.

Sears CEO Steps Down, But That’s Only the Beginning of the Bad News