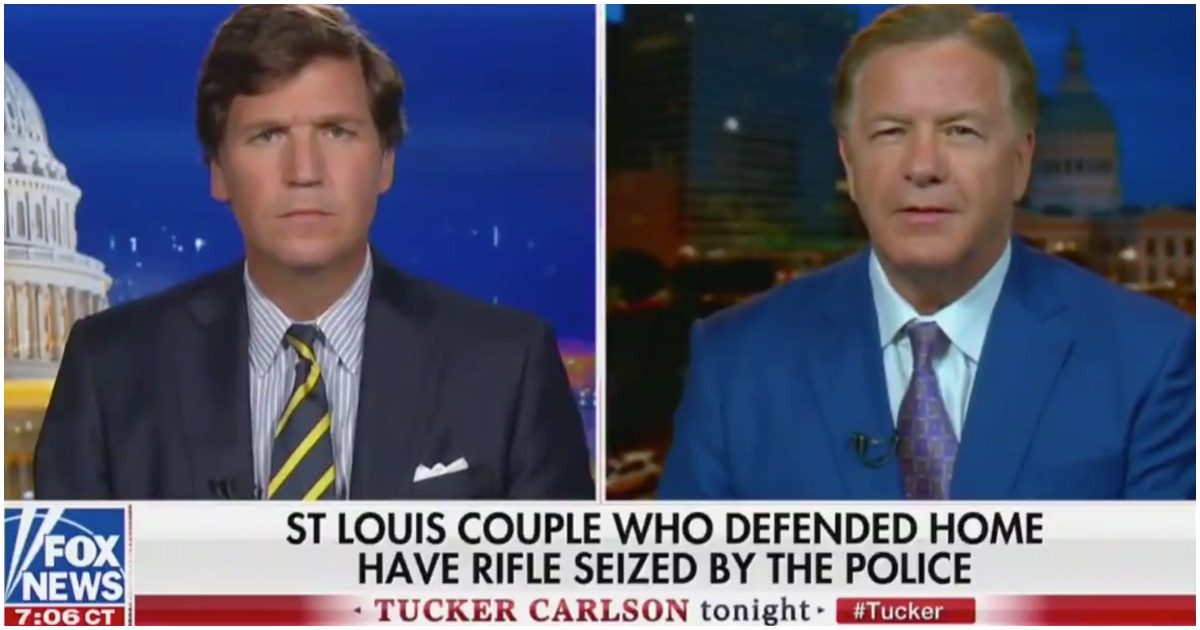 They have already had their firearms seized from their homes. That was pretty bad. Now, the St. Louis couple who defended their property after a Black Lives Matter herd of lemmings broke into their gated community is expecting to be indicted.

This is pure liberalism run amok, and it needs to stop.

Mark McCloskey, the homeowner who defended his St. Louis home recently from a large mob of demonstrators, told Fox News on Monday that he excepts to be “indicted shortly.”

The segment came after St. Louis law enforcement officials served a warrant on the McCloskeys late last week and confiscated the rifle that he used to defend his home.

Mark McCloskey says that he believes that he and his wife are going to be "indicted shortly". pic.twitter.com/8o4xsb82Az

Cartoon of the Day: Science for the Lambs
March 1st, 2021 Liberty Unyielding