A Holocaust Mystery: Ken Burns Gets Lost in a Bermuda Triangle
The Lid 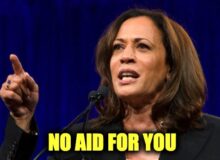 The case of Donald Trump’s Mar-a-Lago document storage has taken another twist this week, as a panel of judges makes a major ruling that goes against the grain of the case thus far.

Trump’s team had successfully acquired a ruling to “pause” the DOJ’s review of the document seized from Mar-a-Lago, with the former President himself suggesting that everything they took was already declassified, and that the FBI had no right to take them.

This week, that ruling was reversed.

In a stark repudiation of Donald Trump’s legal arguments, a federal appeals court on Wednesday permitted the Justice Department to resume its use of classified records seized from the former president’s Florida estate as part of its ongoing criminal investigation.

The ruling from a three-judge panel of the U.S. Court of Appeals for the 11th Circuit amounts to an overwhelming victory for the Justice Department, clearing the way for investigators to continue scrutinizing the documents as they consider whether to bring criminal charges over the storage of of top-secret records at Mar-a-Lago after Trump left the White House. In lifting a hold on a core aspect of the department’s probe, the court removed an obstacle that could have delayed the investigation by weeks.

And, despite several public statements regarding the matter, there is still some question about the status of the documents.

The appeals court also pointedly noted that Trump had presented no evidence that he had declassified the sensitive records, as he maintained as recently as Wednesday, and rejected the possibility that Trump could have an “individual interest in or need for” the roughly 100 documents with classification markings that were seized by the FBI in its Aug. 8 search of the Palm Beach property.

A new video has emerged showing a Georgia woman who was founded dead in the woods making a purchase on the day she was reported missing.
By Jack Davis, The Western Journal  October 2, 2022 Comment MoreShare

'It used to be that everybody that wore the badge and the gun executed the mission of law enforcement without bias,' Kash Patel said.
By Randy DeSoto, The Western Journal  October 1, 2022 Comment MoreShare
Next