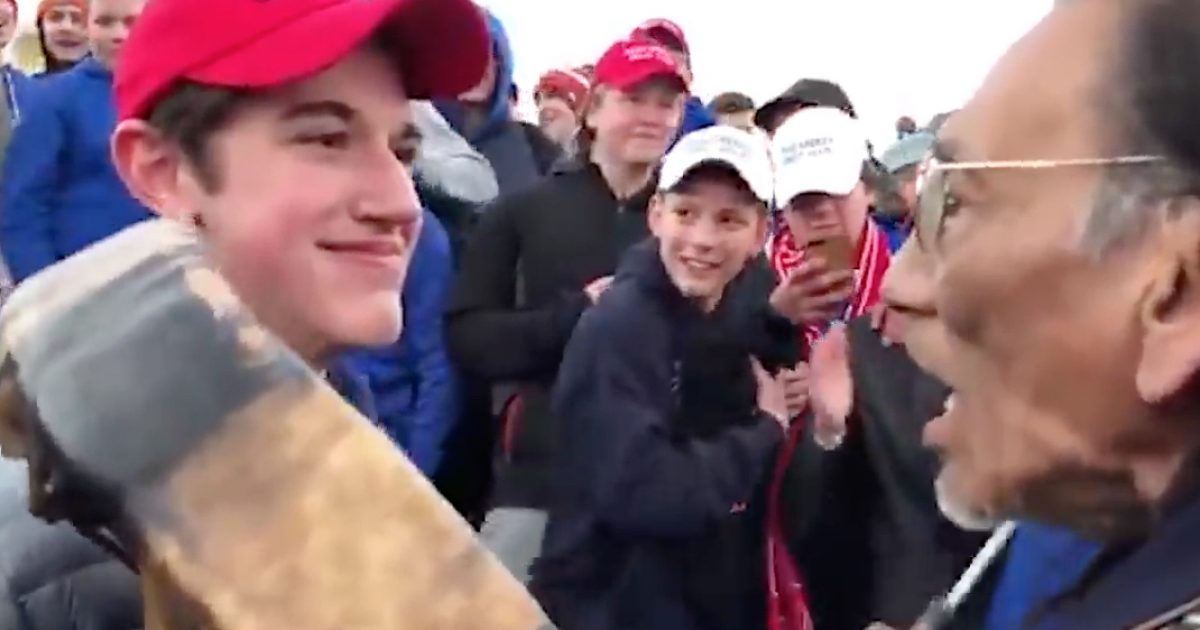 The lawyer for one of the Covington Catholic kids has released a damning video detailing just how badly the left-wing media and Native America activist Nathan Phillips lied about Nick Sandmann and his fellow students during their visit to Washington D.C.

The video shows clearly that the teenagers were the ones abused by Phillips and the media, not the other way around. The video clearly shows the massive lies told about these students.

“Two weeks ago, the mainstream media, politicians, church officials, commentators, & celebrities rushed to judgment to wrongfully condemn, threaten, disparage & vilify Nick Sandmann based solely on a few seconds of an out-of-context video clip. It only takes 15 minutes to learn the truth,” the video says.

Look at lie after lie thrown at these kids:

Nathan Phillips clearly lied about every aspect of what he did that day. Just as he has lied about his military service.

The video also proves unequivocally that the media lied about what happened that day.

This video is irrefutable.

According to PJ Media:

The video was released Saturday by L. Lin Wood, the high-profile attorney who was retained by the family of Nicholas Sandmann, the 16-year-old who smiled at Phillips while the activist banged on a drum and chanted in his face. The initial viral video clip of that confrontation spurred widespread condemnation and death threats against the 16-year-old. Wood’s specialty is bringing “aggressive libel and slander suits against media organizations,” reportedly.

The release of the video came on the heels of letters sent by the Sandmann family attorneys alerting members of the media that they are about to be sued for slandering Nick Sandmann and his classmates.

Whatever else results from this, the video is a damning indictment of the lies the media doles out on a daily basis.