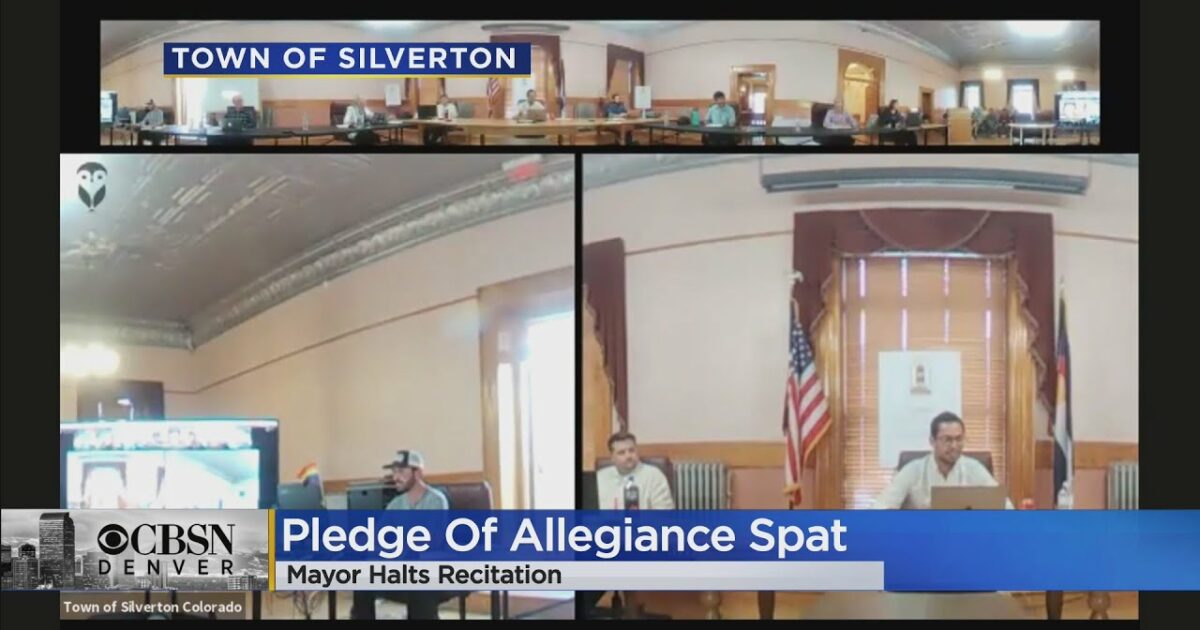 The mayor of Silverton, Colorado, apparently tried to be politically correct to win points with like-minded individuals by seeking to suspend the Pledge of Allegiance from Town of Silverton board of trustee meetings on June 14.

Instead, he got an earful of outrage from the residents of the small mountain town during the public comments hearing.

When Mayor Shane Fuhrman called the meeting to order, he made a statement many found distasteful, KCNC-TV reported.

“Due to direct and indirect threats, inappropriate comments in and out of public meetings, and the general divisiveness this is creating in our community, we will not be doing the Pledge of Allegiance during town of Silverton board of trustee meetings,” Fuhrman stated.

Fuhrman did not explain what the threats and inappropriate comments were nor how they related to the pledge, opting to suspend it on none other than Flag Day.

“Any other unilateral decisions we need to know about?” she asked.

“If you’d like to find somewhere in the code that does not permit me to do this, then I’d welcome that discussion at our next meeting,” Fuhrman lamely responded.

Barela’s protestations that it was a long-standing tradition to say the pledge and all members of the board took an oath and decided collectively that the pledge would be said fell on deaf ears.

“This is not up for discussion,” Fuhrman said.

During the public comments portion of the meeting, residents of the tiny town — less than a thousand in population — rose in unison to say the pledge anyway.

Barela and another board member stood and joined them.

The mayor declared them all “out of order” and threatened to have them removed.

Barela later told KDVR-TV that “to tell members of the public they are not allowed to say the Pledge of Allegiance during public comment and threaten to have them removed, that it was one strike and you’re out policy, violates every single one of their First Amendment rights.”

It’s hard to put into words what kind of anti-American disgrace this is.

Mayor Fuhrman should resign and purchase a one-way ticket to China where he won’t have worry about hearing the pledge! pic.twitter.com/tjzU1cnOv0

Fuhrman has not responded to multiple requests for comment.