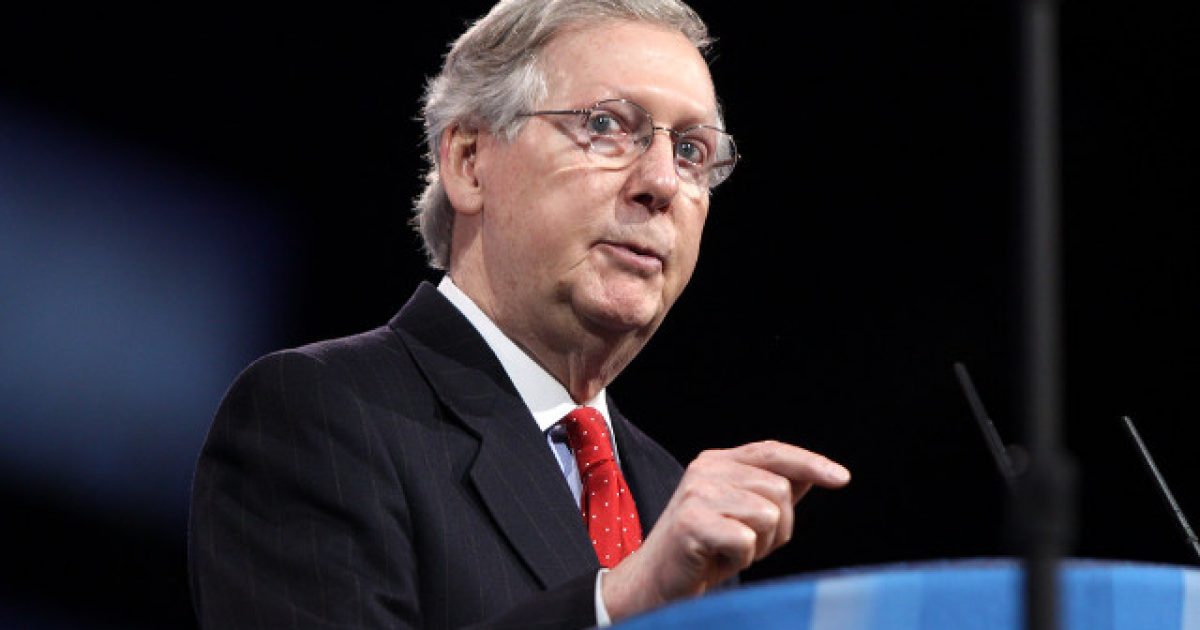 There’s a saying that floats around conservative political circles that jokingly refers to liberalism as a mental disorder. However, after the last several years of violence from Antifa, the “milkshaking” trend, and the unhinged hissy fits of liberals on social media, this statement might actually be a reality.

A great example of just how radical and absolutely insane the left has become is how a group of protesters behaved after they showed up at Senate Majority Leader Mitch McConnell’s house while he is recovering from a broken shoulder.

McConnell fell due to weakness he has in one leg that is the result of having polio as a child.

These good natured individuals called for McConnell to be stabbed in the heart, an angry response to McConnell for not passing gun control laws in the wake of two devastating mass shootings that took place over the weekend.

A short clip of the protesters was posted to Twitter by Ben Goldey, a life-long Kentuckian.

In the video, one person says they hope someone uses a “voodoo doll” on McConnell.

Another person in the video says they hope somebody “just stab the mother f***er in the heart, please.”

A woman is on Facebook Live, outside of Senator McConnell’s home in Louisville, saying she hopes someone “just stabs the mother f*cker in the heart, please.” #KYSen pic.twitter.com/sHaPWqn32J

Because nothing screams “bring violence to an end” like calling for someone to be murdered in their own bed, right? This is what tolerance looks like to the radical left in 21st century America.

No calls for a civilized debate or anything like that. Nope. Just calls for death and destruction. Wonderful people, those progressives. Really wonderful.

Hilariously, these nincompoops don’t realize they’re the reason we have the Second Amendment in the first place.

Liberals Throw Hissy Fit After NYT Prints Favorable Trump Headline, Threaten To Cancel Subscription. Here’s What They Changed It To.