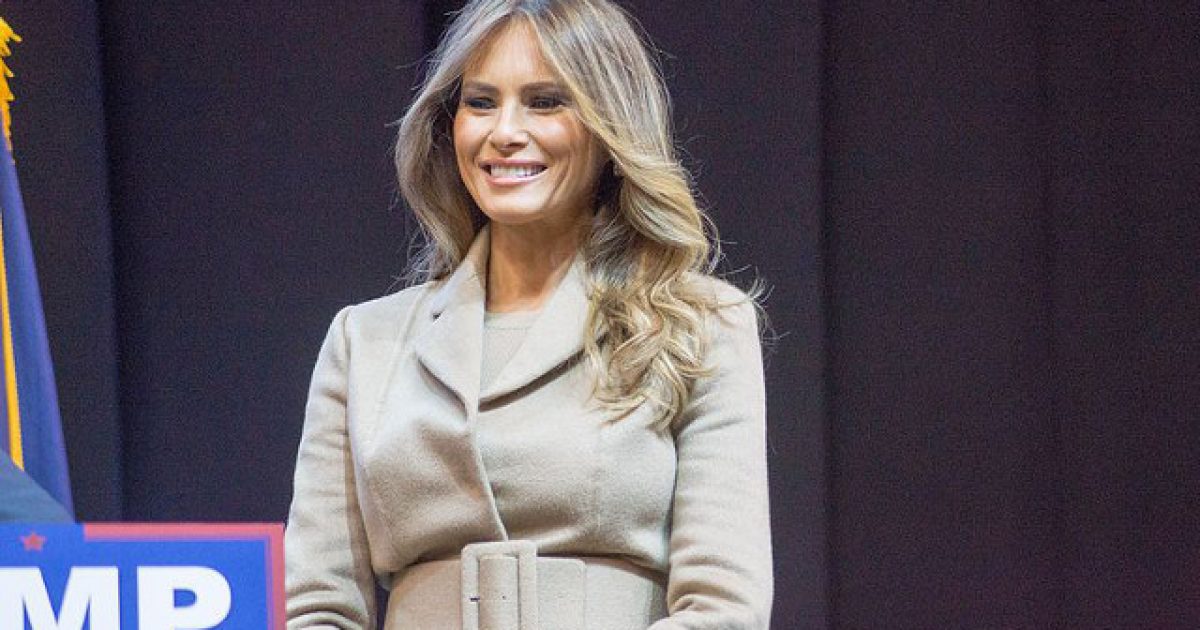 There are a lot of folks online who are proud, card carrying members of what is fondly referred to as the “tin foil hat club.”

In case you’re not sure what that is, it’s that special group of individuals who seem to ascribe to every possible wackadoo conspiracy theory that hits the Internet, no matter how farfetched or absurd.

A good case in point is the new theory that sometimes, First Lady Melania Trump is played by a body double.

Yes, these people are for real.

The latest one to re-emerge on the world wide interwebs is that first lady Melania Trump is sometimes played by a body double.

When the first lady joined husband President Donald Trump on August 24 on a trip to Columbus, Ohio, her clothes and hair caught the attention of some tin-foil-hat-wearing internetters. ​

Here’s what Melania was wearing that day.

Another used more graphic language, saying, ” “No f***ing way this is Melania.”

No fucking way this is Melania.. pic.twitter.com/eBFumqOvng

100% she has a double that we've seen many times. The whole first family is a facade.

This isn’t the first time the theory has popped up. Last October, conspiracy theorists focused on a video showing Trump addressing the media about hurricane relief for Puerto Rico. Melania, wearing large shades stood in the background nodding.

Have these folks stopped and really listened to themselves? They’re clearly delusional. So much so that if you didn’t know any better, you’d swear they thought they were living in an episode of the Netflix series “Black Mirror.”

It’s time to unplug from the Internet, step out into the sun, and breathe some fresh air. The recycled junk inside their basements is giving them funny thoughts.