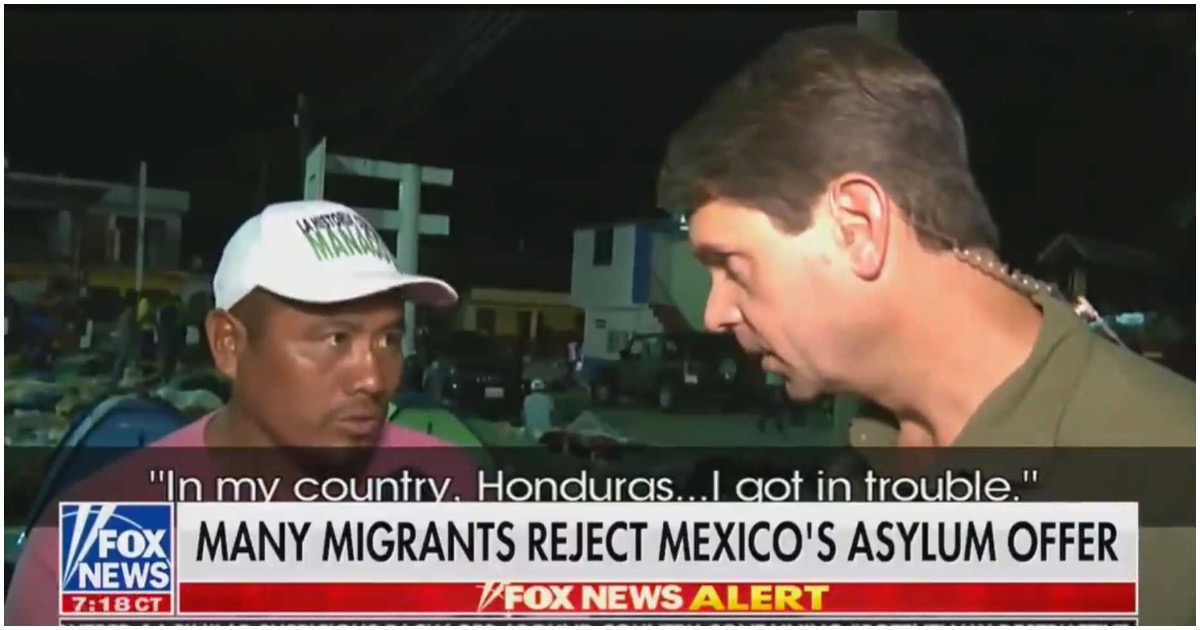 Most people in the migrant caravan heading through Mexico to the U.S. border are harmless, scared, and impoverished.

They’re just looking to escape their destitute countries for freedom in the states, regardless of whether or not leftist groups are funding the movement – as noted by Vice President Mike Pence (more on that below).

However, there are also many criminals and gang members embedded within the caravan.

It is an undeniable fact.

A Honduran national traveling with the migrant caravan that is headed toward the U.S. border admitted to a Fox News reporter this week that he fled his country after he “got in trouble” for “attempted murder.”

Fox News’ Griff Jenkins, using a translator, interviewed a man named Jose, who admitted that he had a “third-degree felony” for “attempted murder.”

“In my country, Honduras, I got in trouble,” Jose said.

All it takes is one to be not harmless and people end up losing their lives.

Check out a caravan marcher flashing “gang signs” behind Ramos…

Vice President Mike Pence dropped some pretty interesting news about the migrant caravan the mainstream media should care about.

“What the president of Honduras told me is that the caravan was organized by leftist organizations, political activists within Honduras, and he said it was being funded by outside groups, and even from Venezuela,” Pence told Fox News in an interview late Friday in Yuma, Arizona. “So the American people, I think, see through this – they understand this is not a spontaneous caravan of vulnerable people.”

Funded by outside, leftist sources, huh?

Al Roker Catches Flack for Dressing as White Man for Halloween. Take a Look at His Response.