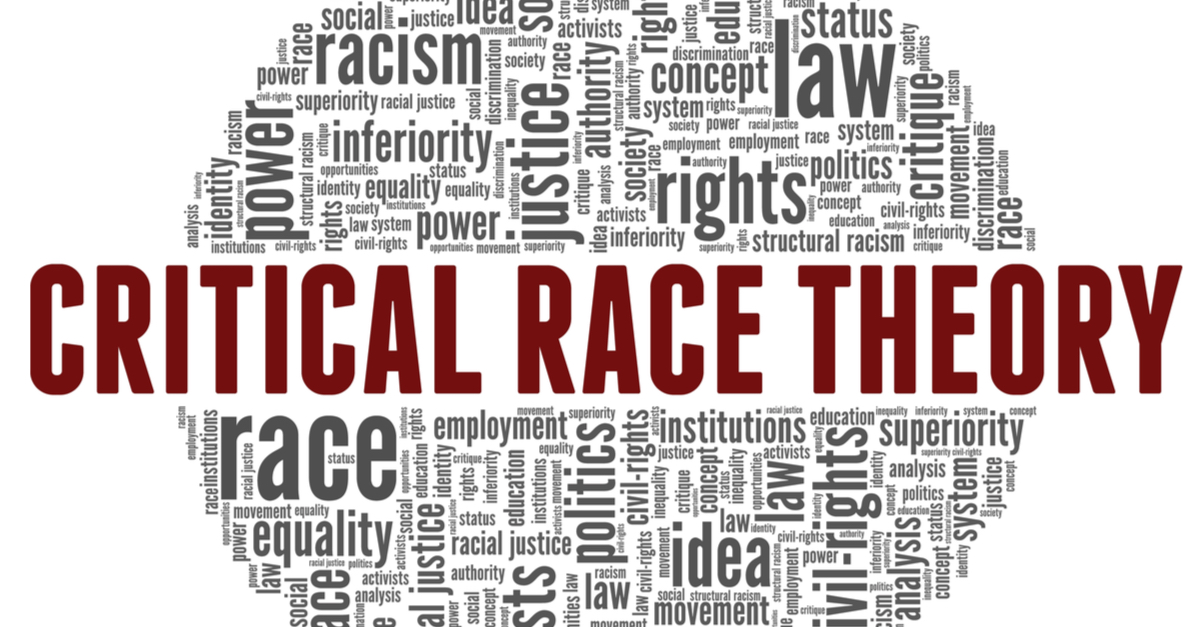 You’re attending some gathering, or simply having an email exchange with an old friend from school, and the topic of Critical Race Theory (CRT) arises. You know deep down that it’s not only wrong, it’s socially destructive.

On the spot, you grapple with an effective retort to whomever is presenting you with bologna about the legitimacy of CRT, which contends that by virtue of you’re being born and of your skin color, if you are Caucasian, you are an irredeemable racist, your ancestors probably owned slaves, and you represent the nation’s biggest problem.

Here are ten items, in quick and succinct fashion, to raise with anyone who is promoting this Marxist/socialist culturally destructive propaganda known as CRT:

1) Slavery has existed on every continent for most of human history. Slavery in the ancient cultures was known to occur in civilizations as old as Sumer, and found in civilization including ancient Egypt, the Akkadian Empire, Assyria, Greece, Rome, other parts of the Roman Empire, and the Islamic Caliphate. The Turks, Mongols, Persians, Chinese, Huns, Goths, and countless other societies held slaves.

2) African slaves, shipped to America, were rounded up and sold by Africans. African Americans, in some instances, owned African slaves.

3) The Pilgrims and the Puritans left England to escape religious persecution. Others from Holland, Germany, France, Denmark, etc. had their reasons; owning slaves was not the objective. Nine of the original 13 colonies — VT, NH, MA, CT, NY, PA, NY, DE, MD — were not slave states. VA, NC, SC, and GA were. All men (people) are created equal; all cultures and subcultures are not. The U.S. slaves states were sordid cultures. 1930s Germany under Hitler was an ignoble culture. Georgia, say, at the time future PBS journalist Charlene Hunter Gault entered the University of Georgia, was largely a racist culture. Today, the people who discriminated against her back then,  understandably, would be ashamed of that behavior today.

4) Legions of northerners were abolitionists. Some gave their lives for the cause.

6) The U.S. and Great Britain led the world in stopping the African slave trade.

7) Since 1965, the U.S has paid more than $22,000,000,000,000 either directly to African Americans, or for countless programs designed to help them achieve parity and overcome the effects of Jim Crow and discrimination. This amount equals more than $14,000 per black person alive in each of the years from from 1965 to the present, and well more than $500,000 to any individual alive for more than 40 years during this stretch.

8) Barack Obama was elected president twice, which is impossible based on CRT doctrine.

9) U.S. black wealth, if a separate nation, would rank among the most prosperous on Earth.

Their Response? Wait for It

It’s doubtful that purveyors of CRT they would want to address even one item above, but if they do ask them to imagine that someone introduced a theory which holds that all 45 million U.S. blacks are all… whatever. How racist would that be? Well, CRT does the same thing to whites.

CRT is totally racist; it is stereotyping on a grand scale disguised as something supposedly high-minded. It is is not high-minded. The purpose of CRT is to indoctrinate individuals with the notion that America is an irreparably racist nation built on racist institutions, upheld by racist people. It is both a sinister and highly toxic ideology which invariably breed hostility, and keeps people apart.

A major problem with CRT is that it demonstrates no perspective on the part of the purveyor. Worldwide studies and surveys show that the U.S. is among the least racist nations on earth, with some obvious problems included. Every other country has deep divisions and unspoken hostilities; even Scandinavian countries.

In the U.S., the press works overtime to keep dividing us. When supposed scholars haven’t looked intently beyond our borders, they derive questionable theories, and skewed interpretations. Again, suppose some ‘scholar’ declared that all U.S. blacks are xyz…  How quickly would that be bitterly refuted? In a nano-second or in a pico-second?

Biden’s Thought Police May Be Knocking at Your Door