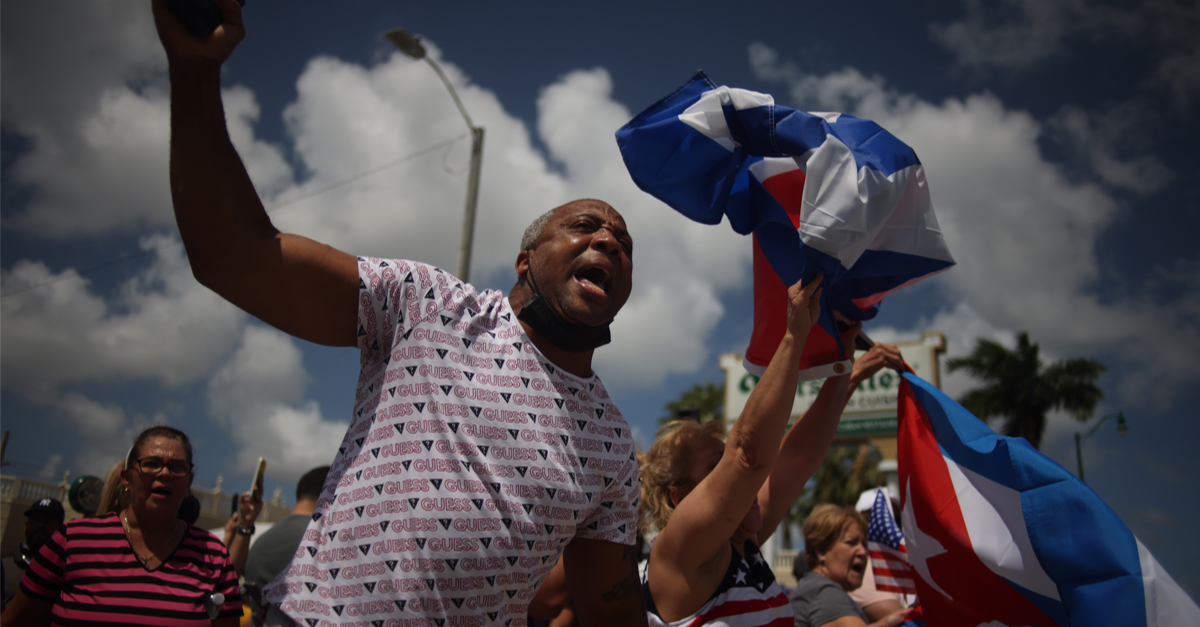 It is far too easy to take free speech for granted.  As Americans, it’s all that we’ve ever known.  It’s something to be both proud of, and terrified to lose.

But, every now and again, we are handed a stark and unnerving reminder of just how good we have it.  The latest example of this comes to us from Cuba, where protesters are being forcibly silenced by authorities in the streets, while the government covers their tracks by throttling the internet nation-wide.

Cubans facing the country’s worst economic crisis in decades took to the streets over the weekend. In turn, authorities blocked social media sites in an apparent effort to stop the flow of information into, out of and within the beleaguered nation.

Restricting internet access has become a tried-and-true method of stifling dissent by authoritarian regimes around the world, alongside government-supported disinformation campaigns and propaganda. On the extreme side, regimes like China and North Korea exert tight control over what regular citizens can access online. Elsewhere, service blockages are more limited, often cutting off common social platforms around elections and times of mass protests.

There was no formal organizer of Sunday’s protests; people found out about the rallying points over social media, mostly on Twitter and Facebook, the platforms most used by Cubans. The thousands of Cubans who took to the streets — protesters and pro-government activists alike — wielded smartphones to capture images and send them to relatives and friends or post them online.

Cubans, (and others around the world, in solidarity), have taken to the streets to demand change, as their tyrannical communist government continues to fail to meet the basic needs of the nation’s citizens.