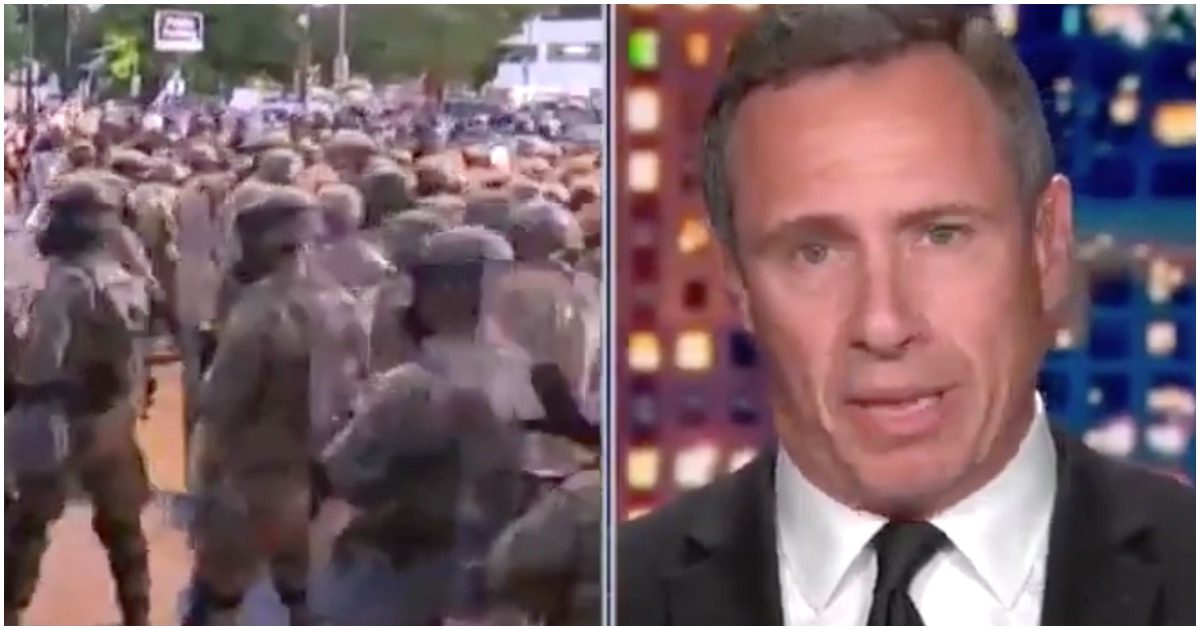 CNN host Chris Cuomo basically came out and said he supports ultra-violent protests. But isn’t that to be expected from a far-left radical, no matter where he earns his paycheck?

This is bush league at its finest.

CNN's Chris Cuomo: "Please, show me where it says protesters are supposed to be polite and peaceful."

As riots and looting have broken out in cities across the country, this is the message the brother of New York governor Andrew Cuomo shares at the top of his show. pic.twitter.com/ZZ47zpyVlx

1 Amd: “Congress shall make no law respecting an establishment of religion, or prohibiting the free exercise thereof; or abridging the freedom of speech, or of the press; or the right of the people PEACEABLY to assemble, & to petition the Government for a redress of grievances.”

Cuomo has tested positive for COVID-19. Apparently, that hasn’t stopped him from going all “Fredo” on random Americans, such as this bicyclist who just filed a police complaint against him.