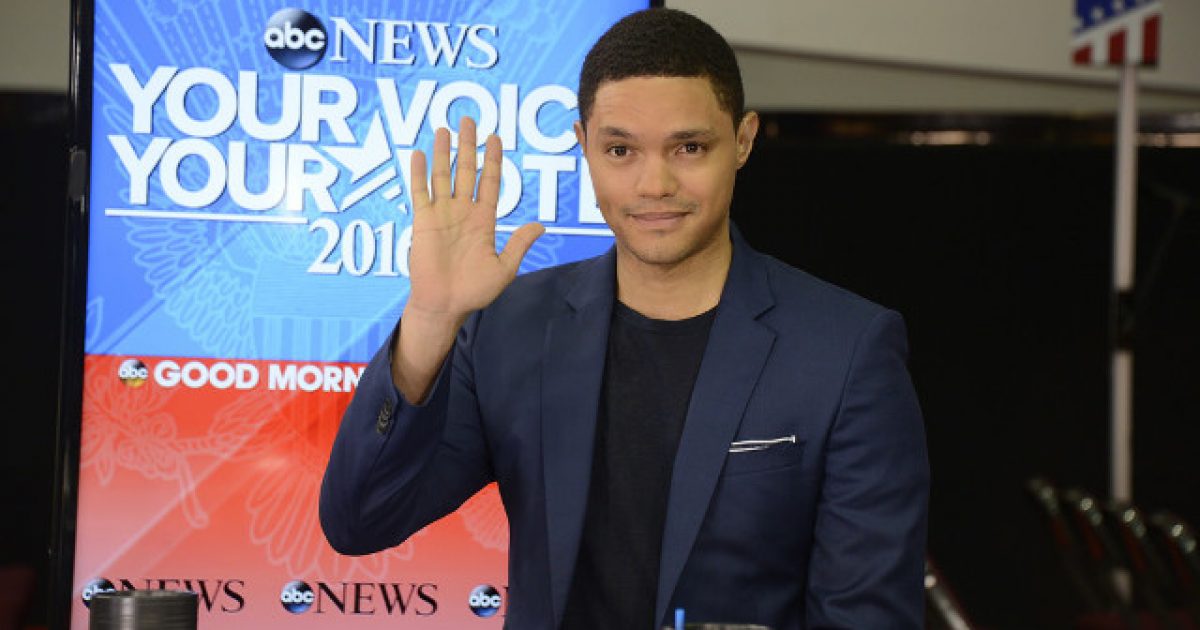 Trevor Noah, the host of Comedy Central’s “The Daily Show” is the latest Hollywood “elite” to be tossed under the bus for “jokes” he made years ago, proving once again that what you say during whatever point of your life, it will come back to haunt you thanks to the Internet.

What a wonderful time to be alive, right?

Unfortunately, the left themselves have created the rules when it comes to digging up someone’s past and using it as fodder against them. It’s messed up no matter who is doing it, but that hasn’t stopped people from using the past as a weapon to further a political agenda.

In 2013, the comedian made a joke about Aboriginal Australian women during his “It’s My Culture” special, according to ABC.

“And I know some of you are sitting there now going, ‘Oh Trevor, yeah, but I’ve never seen a beautiful Aborigine’. Yeah, but you know what you say? You say ‘yet’, that’s what you say; ‘yet.’ Because you haven’t seen all of them, right?

“Plus it’s not always about looks, maybe Aboriginal women do special things, maybe they’ll just like, jump on top of you and be like,” Noah continued before he cupped his hands to his mouth to make the sound of a didgeridoo, an instrument played by Indigenous people. “All women of every race can be beautiful.”

A clip from Noah’s stand-up special surfaced on Twitter Saturday.

The video appears to have been shared first by Fred Leone on Facebook with the hashtag, #boycotttrevornoahinoz.

It quickly drew negative reactions and ended up on Twitter, but it went viral after former national league rugby player Joe Williams tweeted about it.

Hey @Trevornoah, your comments about Aboriginal @IndigenousX in this clip are utterly unacceptable! As a man of colour, you are usually in point with racism & divide – here you are perpetrating & encouraging racial abuse!! #boycotttrevornoahinoz https://t.co/UNXE8TlBtq RT

Noah responded to the controversy after the tweet went viral, stating he’d never make a joke like that again.

@joewilliams_tew you're right. After visiting Australia's Bunjilaka museum and learning about aboriginal history first hand I vowed never to make a joke like that again. And I haven't. I'll make sure the clip from 2013 is not promoted in any way.

Hey @Trevornoah, your comments about Aboriginal @IndigenousX in this clip are utterly unacceptable! As a man of colour, you are usually in point with racism & divide – here you are perpetrating & encouraging racial abuse!! #boycotttrevornoahinoz https://t.co/UNXE8TlBtq RT

Due to his comments, Noah could be looking at a boycott and some protests during his Australian tour next month. Noah himself is from South Africa.

What would’ve went a really long way in making this whole situation a lot better would’ve been for Noah to actually make a real apology instead of beating around the bush and being vague like he was being here.

However, to be completely honest, the comments made so long ago in the past shouldn’t be held against Noah now. He’s obviously grown up and changed a lot over the years, as we all do. Why should be he held responsible for something he said years ago that was crude and crass?

If you examined the lives of just about every soul on the planet, you’d discover unsavory behavior that took place in the days of youth. Why is a person suddenly now held accountable for idle words spoken at a time of immaturity in a person’s life?