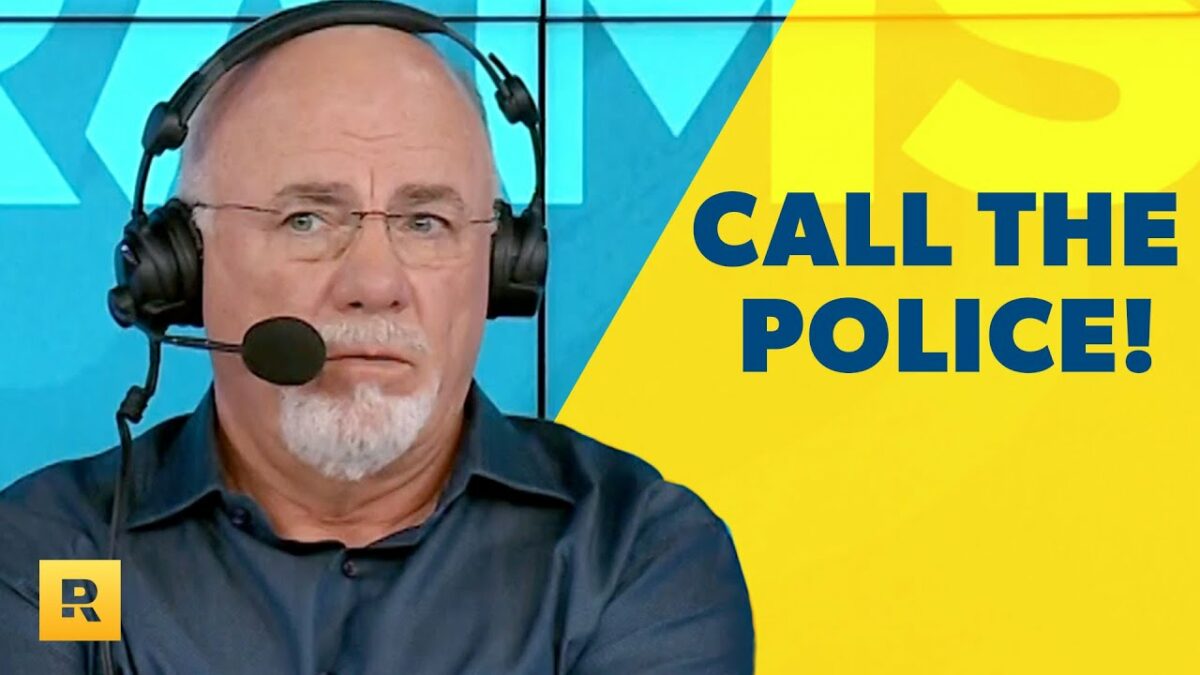 Personal finance radio show host Dave Ramsey and his team helped rescue a distressed young Tampa, Florida, mother and her child from an abusive boyfriend, according to a Monday clipping from Ramsey’s flagship The Ramsey Show.

“I’m in a position where I’m thinking about selling my house. My son’s father and I live together and it’s not the best situation,” 32-year-old Danielle began, her voice quivering after Ramsey took her call.

Danielle explained that she wanted to make the sale to pay off her “about $16,000 worth of debt” and support her 8-month-old boy, even though she loved her neighborhood. She said the debt included loans for a car, credit card bills and medical debt from her son’s birth.

As Danielle narrated her problems to Ramsey, the show host began to notice that her main problem was not necessarily financial, though she had a significant amount of debt.

Rather, it was an abusive boyfriend she sounded very afraid of, who Danielle said was standing next to her at one point during the conversation.

From what she was telling Ramsey, she could not muster the mental strength to get him to leave her house.

“It’s not a debt problem. You and your son are in danger. Do you understand me?” Ramsey said, asking Danielle to take her baby and get to her father’s house as soon as she could.

Despite Danielle’s insistence not to, Ramsey offered to call the police, assuring her that once the boyfriend was taken care of, he and his staff would assist her with her financial issues pro-bono.

“I’m not going to charge you a dime and we’re going to walk with you and then we can start making decisions about your finances, but you don’t have a financial problem. You need a boyfriend-ectomy,” Ramsey said.

Once the call ended, Ramsey’s team managed to get in touch with the local police department and get Danielle the help that she needed, as John, a member of Ramsey’s team, explained on the following day’s airing of the show.

John said that Danielle was not “philosophically unsafe — she was unsafe now and somebody else had her kid.”

“And then you’ve got a mom who needs to protect herself, but ‘I’m not gonna leave my baby unprotected,’ and now you’ve got a messy situation.”

“Whenever I show up to something like that, I’m always looking at escalation trends. Is this thing slowing down, are people separating and they’re just yelling at each other, or is it moving up? And this one moved up real rapidly. Luckily the police department there was super responsive and they showed up,” John said.

Ramsey and his team connected Danielle with domestic violence resources in Tampa and are offering her pro-bono consulting to get through her tough financial situation.

As for the boyfriend, as Ramsey best put it, he’s now “in a cage.”

Speaking of incidents like this, Ramsey said there’s a “correlation between extreme control over money issues and domestic violence.”

The media personality continued that when “a husband or a boyfriend will not let you pick the cereal at the grocery store — you can’t go grocery shopping by yourself, you can’t buy detergent, you can’t do anything without his approval on every little nuanced thing.”

This amount of “weird, toxic control over a lady, a woman, with the money — it’s a high statistical indicator that he’s probably hitting her,” Ramsey said.

According to the National Coalition Against Domestic Violence, “1 in 3 women and 1 in 4 men have experienced some form of physical violence by an intimate partner.” A mere 34 percent of such people get medical care for their injuries.

If you’re in such a situation, do not be afraid to seek help immediately.