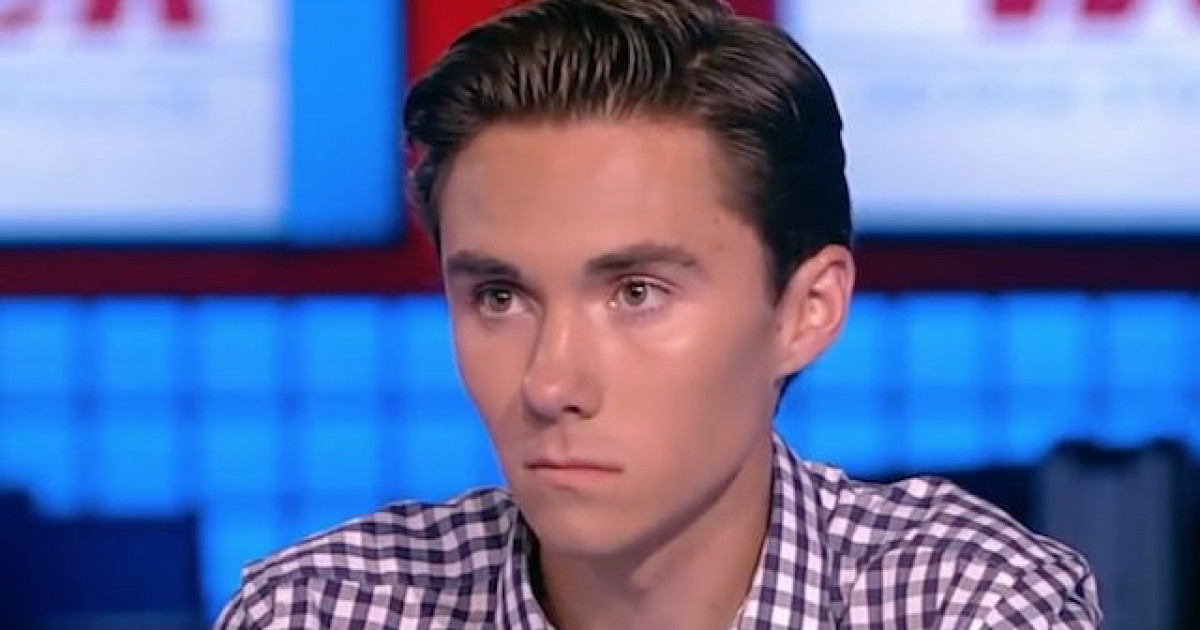 Radical anti-gun activist David Hogg has had enough of the spotlight on his activities going dim, so he’s opted to turn to desperate measures to claw back into relevancy and keep his name in the lights for a touch longer.

Apparently, Hogg is planning to run for office as soon as he turns 25, a statement so terrifying it makes every horror flick ever produced look like mere child’s play.

Oh and if that’s not bad enough, he gushed over Alexandria Ocasio-Cortez, stating the avowed socialist should be president one day. The ignorance is astounding.

In the NYMag puff piece, writer Lisa Miller says Hogg told her that he plans to “run for Congress when he’s 25.”

“I think I’ve come to that conclusion,” Hogg said. “I want to be at least part of the change in Congress.”

Hogg said his goals are to go to college next year and “read a sh*tload of books” before working on a presidential campaign in 2020.

Hogg bashed multiple Democrats in the interview, including “old” Nancy Pelosi, “terrible on guns” Bernie Sanders, and Barack Obama — who he says “increased drone warfare and killed a lot of civilians.”

Miller noted that Hogg, who she describes as a “spokesman” for “radicalized” young Americans, “frequently uses the word narcissistic in reference to himself.”

Miller’s piece compares Hogg to “the Greatest Generation,” despite the fact that he repeatedly mocks older generations, like his “old-ass parent[s]” who he claimed in a past interview were too stupid to “send an iMessage” so they had to give him “the f***ing phone.”

I think Mr. Paronto nailed the whole problem, don’t you?

The last thing this nation needs are more clueless young folk who have been brainwashed with progressive ideology to possess positions of power in the legislative body of this country. Millennials are slowly coming of age, a time period where they can be involved in politics, economics, culture, arts, you name it.

Which is to say, they are almost at that age where they can do the most damage to the fabric of our nation and to individual liberties. This, of course, has been the plan from the left all along.

Pray for the future, folks.