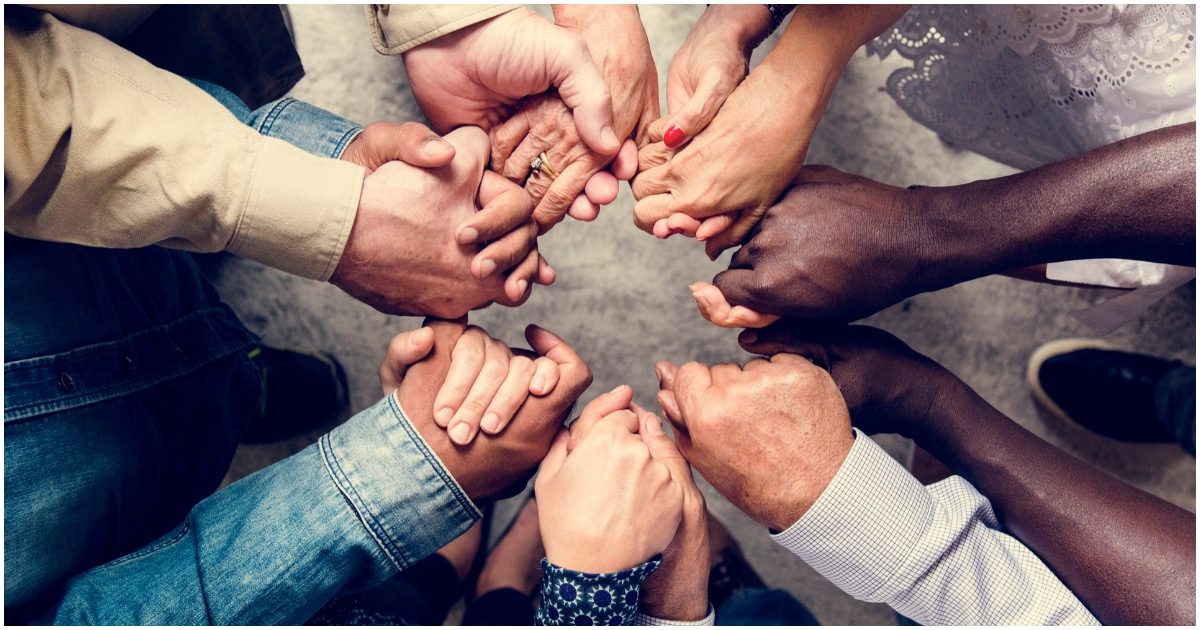 Jim Cathcart is an authority on the topic of personal and executive development. He is a sought-after professional speaker, and the author of 19 books on career achievement, sales, and business strategy. Here is what he says on the power of our beliefs and belief systems:

No one exists without a religion, as observed by that wise sage, Dennis Prager. Everyone has some type of belief system which signals what is good and right, and what is bad and wrong. Every belief system has it “sins” as well: Behaviors and actions that you’re condemned for doing or for not doing.

If you believe that human lives matter, then you are a racist and probably a white supremacist. If you listen to, say, an Al Sharpton or Maxine Waters, then you’ll be regularly informed about how everything comes down to racial oppression and hatred of blacks, or any non-white group. If you can’t embrace their cause, you are guilty.

According to the dictate of the religion of ‘Racism,’ you may not call your main sleeping quarters ‘the master bedroom’ because having a ‘master’ anything implies having a slave. In New Orleans, ‘Racism’ adherents want to remove a functioning road because it is racist!

Few people know that Conservative Icon Barry Goldwater was among the founders of the Arizona NAACP. He loathed discrimination, but because of his conservative views he was routinely labeled as a racist by others. More recently, Donald Trump has consistently been portrayed in the ‘mainstream’ media as a racist, despite a complete lack of evidence. He is confrontational, but he is not a racist.

The Religion of “Sexism”

Religion of “Sexism” advocates regard gender as the center of the universe and the quintessential issue of humankind. The eternal, constant adversary is male domination, generally referred to as some type of phobia, such as transphobia or homophobia.

The woke edition of sexism contends that genders don’t exist except in our preferences. They encourage parents to let their children decide whether they are boys or girls or “none specified.” Singer Demi Lovato recently proclaimed that she’s “pansexual,” which means, essentially, that she is sexually attracted to all things. (I assume that includes animals, fish, and plants.)

Among the advocates of the religion of “Sexism,” it’s not enough that you accept their choice and go on with your life. They want special consideration and public displays of inclusion, and this extends to trans athletes and cross-dressers. How dare you object to cross dressers speaking to elementary school classes!

Witness the recent required inclusion of gay relationships in movies, television shows, and advertisements. What other group representing 3% of population has an inclusion rate bordering on 50%? To be gay is fine, but why seek to make it a toss-up choice for everyone?

“Sexism” alarmists feel compelled to control language to advance their belief. No more use of he and she, or man and woman. No more use of any related terms such as human, manual, manage, menstruation, or even manhole covers. These zealots assert that male domination is at the root of all inter-gender relations, such as opening a door, holding one’s umbrella, allowing “ladies first,” or even calling a woman beautiful.

Meanwhile, the rest of nature has no problem with gender. Male and female species are everywhere among animals, insects, plants, etc., and have been since creation. For a little perspective, consider this: You don’t have to believe in gravity for it to always affect you. Moreover, denying its existence won’t diminish its pull.

Satanism is a belief similar to Hedonism, but it has a sinister “god” as its head; Lucifer, the great deceiver. This is primarily a belief that pleasure and domination, or pain and subjugation, are at the core of our earthly existence.

Satanists would challenge you and argue that they don’t believe in the devil. Nevertheless, they do enjoy his plan. Anything good or Christian-like is a sin to them, whereas all other “sins” are merely ‘to do’ list items for them.

The 2021 Grammy Awards displayed hedonism in the most public of ways. Among the most vile ‘songs’ ever produced and recorded, WAP by Cardi B is an appropriate anthem for Grammy producers and fans. Lookup what the initials WAP stand for and try to read the lyrics if you can stomach them. Then, keep in mind that 8-year olds are routinely exposed to this level of filth.

Some will lament, “What about white nationalism?” There is no monolithic, all encompassing organized embrace of this concept. There certainly are racist groups of whites and there are non-racist groups of patriotic Americans. Personally, I have not encountered any white nationalists, but I’ve heard scores of critics hurl this label at others.

White nationalism was concocted and exalted as a catch-all term for denigrating anyone who supports border security, voter ID verification, and addressing America’s problems ahead of global problems. The Left desperately wants to tag the January 6, 2021 Capitol riot as a white nationalist movement, with the assumed leader being Donald Trump. The facts, however, don’t sustain this view.

The intrusion was planned, organized, and executed by deceivers expressly to stain Trump, and the ploy worked according to popular opinion.

The term white nationalism actually is a word play designed to prejudice your opinion, somewhat like “Big business,” “Tax only the rich,” “Kids in cages,” “Path to citizenship,” “Pay their fair share,” and “Everyone is entitled to decent healthcare.” It is difficult for the typical person to argue against such phrases despite the underlying deception.

Freedom for All, Not Merely for Some

You are free to believe what you choose to believe, but you’re not free to interfere with the lives of others who might disagree with you. If you are correct in your assertions, then honestly debate the issue, and prove your case. Or, simply go your own way.

Without inhibiting or transgressing upon others, each of us should have the freedom to choose how we shall live.