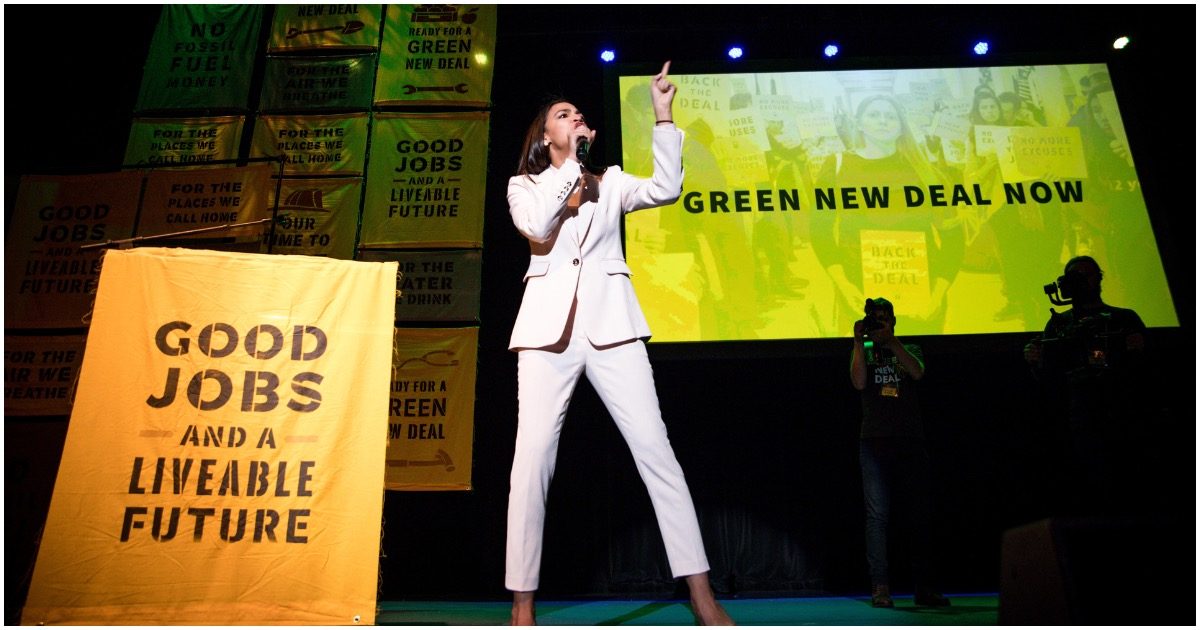 Above 90% of U.S. community water systems comply with all published standards of the U.S. Environmental Protection Agency.

Between 1990 and 2018, air quality has improved, with carbon monoxide decreasing 74%, ground level ozone falling 21%, and lead dropping 82% since 2010. Americans annually plant close to 1.6 billion trees, of which are managed by forest product companies.

Are Joe Biden, Alexandria Ocasio-Cortez, Bernie Sanders, and the rest of the Green New Dealers and the Paris Climate Agreement advocates aware of such developments? Or have they bought into long-standing myths about both North American history and ecology? Misunderstanding how societies developed and how their people lived, however, often leads to erroneous assertions about how present-day society ought to be managed.

Annually, 40,000+ scientific journals publish more than one million new articles. “The number of scientific articles and journals published worldwide is starting to confuse researchers, overwhelm the quality-control systems of science, encourage fraud, and distort the dissemination of important findings,” remarked New York Times science journalist William J. Broad. And that was in 1988! Misinformation has become a major impediment to social progress.

What we understand to be historical realities are often subtle if not outright distortions of the truth. Predictably, the volume of contradictory information and the associated discrepancies it spawns is rising.

In this ‘politically correct’ era, pseudo-historians dispense misinformation in the form of “feel-good history,” a term referred to by historian Dr. Arthur Schlesinger, Jr., in his enduring book, The Disuniting of America.

“Feel Good History” is Not History

Feel-good history is a narrative designed to accent or embellish the nature or accomplishments of select groups for purposes other than conveying what historical records objectively reveal. Such accounts cloud the accuracy of historical accounts, presenting events in ways that might be false or be partial depictions of what occurred.

American history, in particular, has become one of the most maligned of the historical disciplines. Do misinformed or overzealous teachers and professors have the right to overturn decades of research and analysis in the quest to present their version of “the untold, untaught side of American history?”

Consider common beliefs about Native American populations. Evidence is mounting that Europeans pre-dated them in North America, but that is the subject of a different article, another time. Many people today contend that the arrival of Europeans from 1492 was co-terminus with the introduction of disease to native populations.

The Europeans did bring with them diseases, such as smallpox, which proved to be more deadly to North Americans than it was to Europeans. By no means were Native Americans free of disease beforehand.

Karl Reinhard, Ph.D., a prominent pathologist, observed that, “Native Americans had already accumulated quite a spectrum of parasitic diseases before the Europeans arrived. Take the Incas. We’re looking at no less than three species of lice, not to mention different varieties of fleas, tapeworms, hookworms, the works.”

Many people have been led to believe that Native American cultures were superior in interacting with one another and in maintaining a harmonious balance with the environment. This view is naive at best and classically demonstrative of the perils of misinformation.

Archeologists are finding that since the dawn of civilization, no society has fully grasped what is necessary to live in harmony with its environment and for its people to live in peace with one another. Before human occupation, forests, not deserts and barren plain, covered the uplands of Arizona and New Mexico.

Some 700 years before Columbus’ arrival in the Western Hemisphere, the mighty Mayan civilization, with a population of 200,000 in what is now Mexico and Central America, fell into ruin following human-caused depletion of the rainforests, heavy soil erosion, and internal warfare.

Through their deforestation of the area, the cliff-dwellers of Mesa Verde, for example, with their elaborate wooden structures, at the site of present day Mesa Verde National Park in Arizona, may have sealed the ecological fate of their region for all the centuries that have followed.

In the Eastern U.S., the Cherokee removed such large swaths of forest along riverbanks – areas now carefully protected by environmental legislation – that arriving Europeans thought there were no trees. As Dr. Charles Redman, an anthropologist at Arizona State University, observed that notions of any primordial paradise or assertions of pre-European societies being skilled environmentalists are erroneous.

So, are leftist educators justified in making unfounded assertions about the origins, nature, and achievements of ethnic groups who they feel have been slighted by “Eurocentric” versions of history? Not at all.

Illegal Says He Came to US Because of Joe, But ‘Definitely Wouldn’t’ Have Under Trump (Watch)