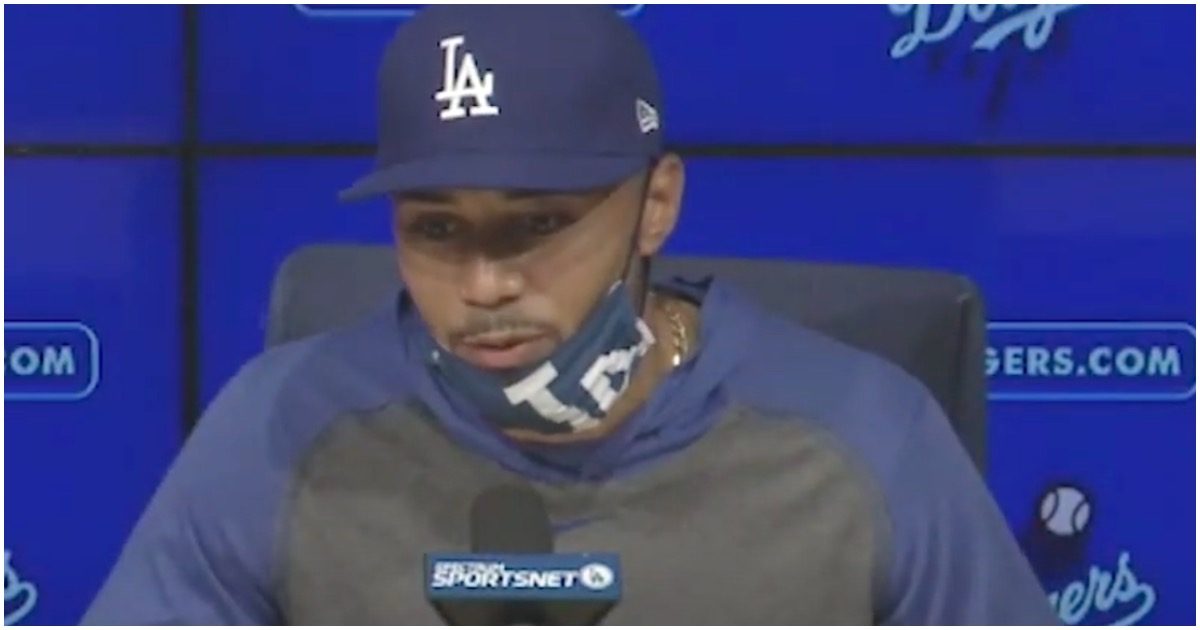 Mookie Betts was traded from the Boston Red Sox to the Los Angeles Dodgers on February 10. He signed an extension worth $365 million over 12 years with L.A on July 22.

Betts received a $65 million signing bonus, the largest in the sport’s long history.

He won the American League MVP in 2018, and he’s a four-time Gold Glove winner. He’s also a perennial all-star and widely considered the second best player in MLB, behind Mike Trout of the Los Angeles Angels.

On July 23, every player from both games played on Opening Day took a knee before the anthem in a show of solidarity. However, Betts (and a couple players from the San Francisco Giants) took a knee during the anthem.

Dodgers star Mookie Betts takes a knee during the national anthem before his first game in LA pic.twitter.com/JeFFnE6HZS

Like the Yankees and Nationals, the Dodgers and Giants took a knee during a moment of silence before the anthem. pic.twitter.com/l9vXpJMNIS

Mookie Betts is the only Dodger kneeling during the anthem. Cody Bellinger has his hand on his shoulder. pic.twitter.com/6DIOzAdtLF

As part of his contract, Mookie Betts will donate 100K each year to the Dodgers charity.

Here’s Mookie after signing his deal…

Dr. Fauci Tosses First Pitch On Opening Day, & It Might Be the Worst Ever Thrown (VIDEO)

Report: Bernie Has Support of Half of Senate Dems to Cut Pentagon Funding, Redistribute the Money

Time exposes how the election was stolen!
February 28th, 2021 The Real Side With Joe Messina