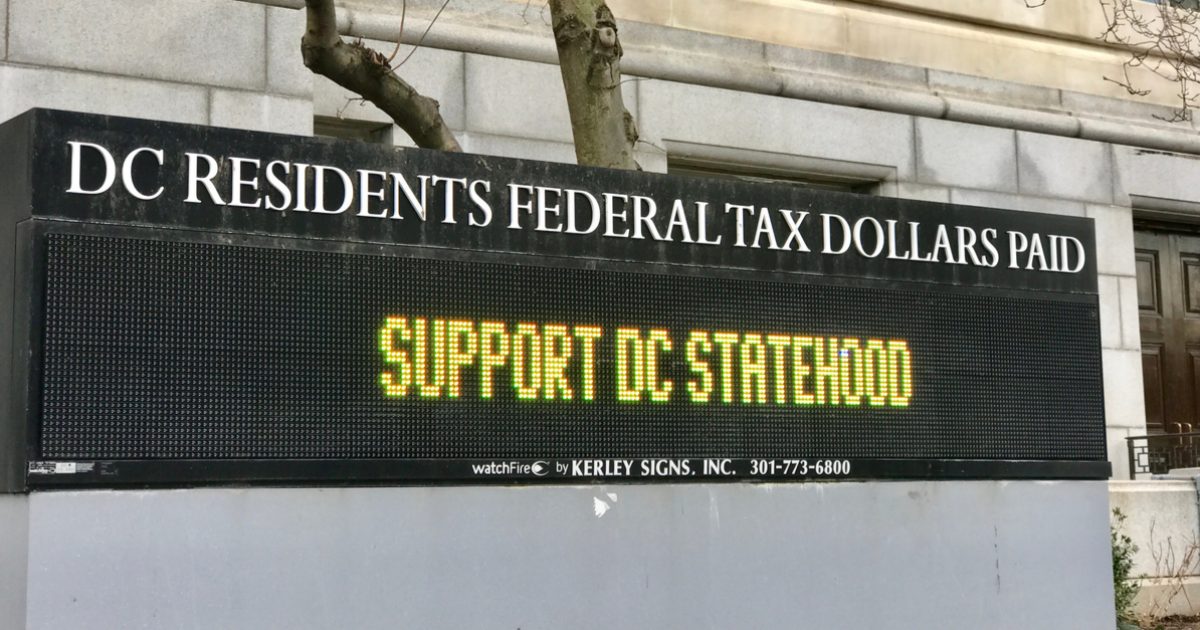 Joe Biden and his cohorts in the Democratic Party are doing everything in their power to never lose another election again, and they are doing so with all the subtlety and grace of a three-legged hyena that stepped into a yellow-jacket nest.

First and foremost, there are their recently-revealed plans to pack the Supreme Court with several new justices during Joe Biden’s first term.

Now they’re looking to make good on their long-held pipe dream of making Washington DC its own state…and they are wasting no time.

The House of Representatives will vote Tuesday on whether to make Washington, D.C., a State.

The House Oversight Committee, chaired by Rep. Carolyn Maloney (D-NY), voted the bill, H.R. 51, out of committee by a vote of 25-19 to create D.C. statehood Wednesday.

But there are likely constitutional issues at play here.

The ultimate argument seems to be whether the 23rd Amendment guarantees the federal Capitol at least three electors in presidential elections, Rep. Any Biggs (R-AZ) suggested Wednesday.

The move is highly controversial, and twenty-two state attorney generals have already sent a stern letter warning President Joe Biden about the danger of moving forward.