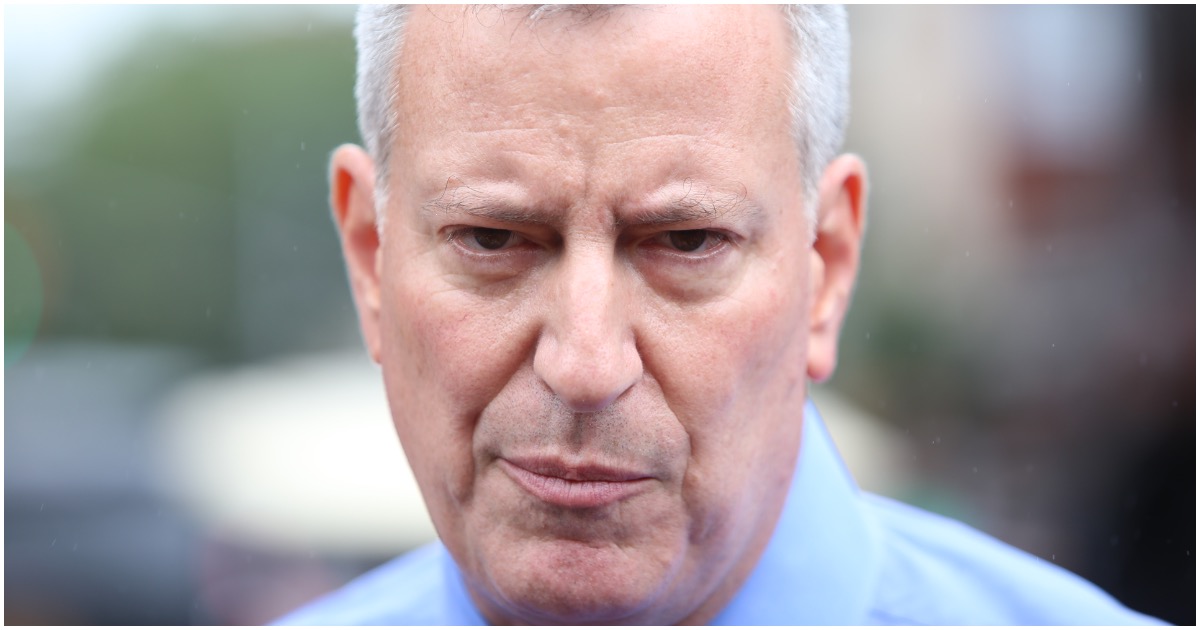 Bill de Blasio is about as threatening as a broomstick.

How such a radically far-left beta male became mayor of America’s largest city, God only knows.

Check out the 2020 presidential candidate’s challenge for President Trump…

Mayor Bill de Blasio of New York City apparently thinks he has the moral authority to say whether or not a sitting U.S. president is welcome back in his home city once his tenure concludes.

According to Mediaite, de Blasio told BuzzFeed Editor-in-Chief Ben Smith at an event on Thursday night that President Trump will “not be welcome back” in the city he called home prior to his relocation to 1600 Pennsylvania Ave.

“I challenge you, Donald Trump, to come to New York City, and I will debate you about what’s right for New York City,” de Blasio said. “And BuzzFeed can host it! Because he doesn’t understand New York City. And when his presidency is over, really soon, he will not be welcome back in New York City!”

de Blasio is the most popular Democrat candidate running for president.

ICYMI: Trump Just Got Another Victory In Court Against Dem Investigations, & This One Is Big