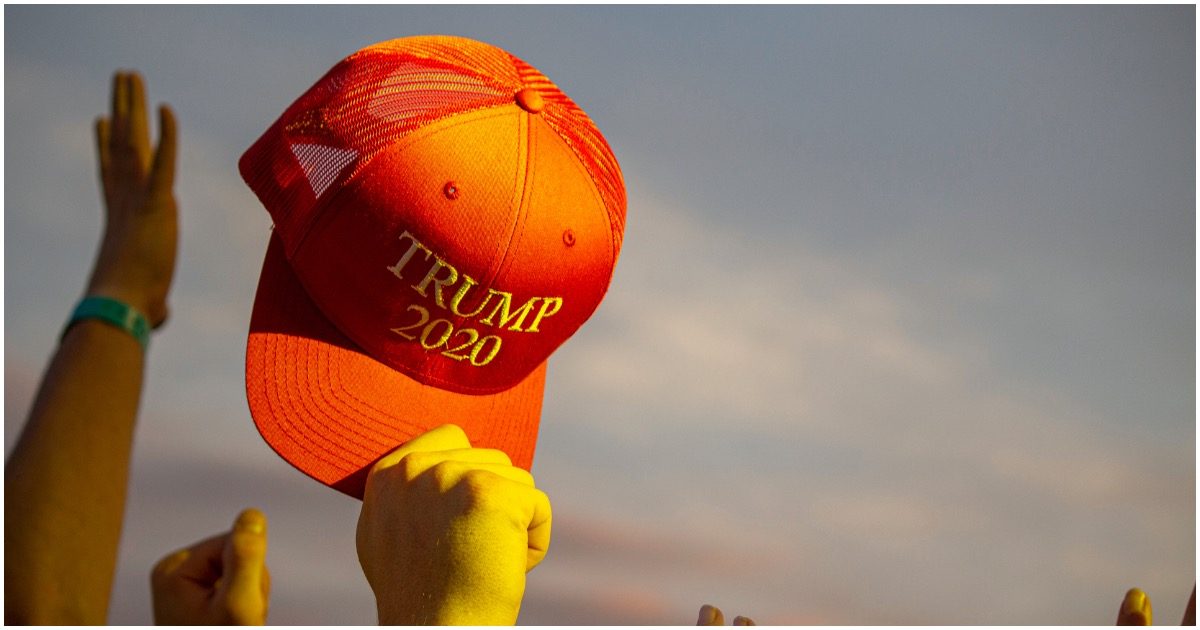 We are living in historic times.

The coronavirus has flipped our world upside down. The economy has plummeted to historic lows and churches aren’t allowed to worship together.

We are at risk of losing some of our most treasured freedoms.

All of these current events are making the 2020 election in November so much more vital. We are at a crossroads in our country, and what happens in this election is going to send our country on one of two very, very different paths.

Joe Biden as a President would send our country into economic despair and put so many of the liberties we are blessed to have in jeopardy.

President Trump, if re-elected, will help bring our country back to the prosperity we knew as a country before COVID-19 showed up on the scene.

Most importantly, he will uphold freedoms that are so important for us now in the present and in the future.

Young Christians, our votes matter more now than ever before. This may be one of the most important elections we will ever vote in.

Why vote for President Trump or register to vote in the first place, you may ask?

President Trump is a champion for life. Earlier this year, I had the opportunity to attend the March for Life, where the President was the first sitting President to speak at the March.

In his speech, the President emphasized the value that life has and how life comes from God. “Every life brings love into this world. Every child brings joy to a family. Every person is worth protecting,” he said during his speech. He went on to say that all life, in all stages, is fearfully and wonderfully made.

It is pertinent for us to vote for a President who believes in the inherent value of life. The Lord values life and so should we. Every. single. person deserves to have the chance at life. President Trump will defend life in this country.

One of the most beautiful things about being an American is being able to worship our God freely. The President has been an invaluable champion for the cause of religious liberty in the United States.

“We affirm that Americans believe in the power of prayer,” President Trump said, “We give thanks for the majesty of creation and for the gift of eternal life. We place our trust in the hands of Almighty God.”

In a world where Christians are facing more and more persecution every day, we are so blessed to have a President who believes in the power of prayer and in protecting that right our ancestors so desperately wanted—enough so that they sailed across the ocean to a new and unknown land.

If Joe Biden becomes President, one of the first liberties to go will be our right to keep and bear arms given to us in the 2nd Amendment.

It is no secret that the Democrats are chomping at the bit when it comes to finding some way around the Second Amendment.

When Beto O’Rourke was in the running for the Democratic Presidential nominee, he ran on a promise of some form of gun control, and so many people loved it.

What these people don’t seem to realize is that if a bad guy has evil intent and wants a gun, he is going to get a gun. He’ll figure out some way. Most drugs are illegal—and people get their hands on them.

If you know me, you know that I am a tiny person. If I were ever attacked, there is no way I would have a fighting chance. Being able to possess a gun helps me stay safe and helps me protect those that I love.

President Trump has been an advocate for the law-abiding gun owner from the very beginning.

I’ve heard so many people say that the Bible doesn’t say that we should vote so it’s not important.

This couldn’t be further from the truth. While the Bible doesn’t explicitly say, “Go out and vote.” It says in Psalm 33:12, “Blessed is the nation whose God is the Lord.”

There is a call to action in those words. The Psalmist didn’t write this because it sounded great on paper. Since the United States’ conception, it’s been a nation where God is Lord. We cannot allow if to fall away from being a God-honoring nation where people are able to worship God freely.
We must vote to keep a President in office who will keep our nation on this track.

Ben Franklin, one of our Founding Fathers, said, “We’ve given you a republic, if you can keep it.” We have a duty as citizens and Christians in this great nation to not take this great responsibility lightly.

Young Christian, we are voting for our future. We’re voting to keep those precious liberties we have been blessed to grow up with. We are voting to be able to enjoy the things we have earned without them being taken from us.

We are voting for the future of God in America.

Young Christian, use your voice and vote. It matters now more than ever.