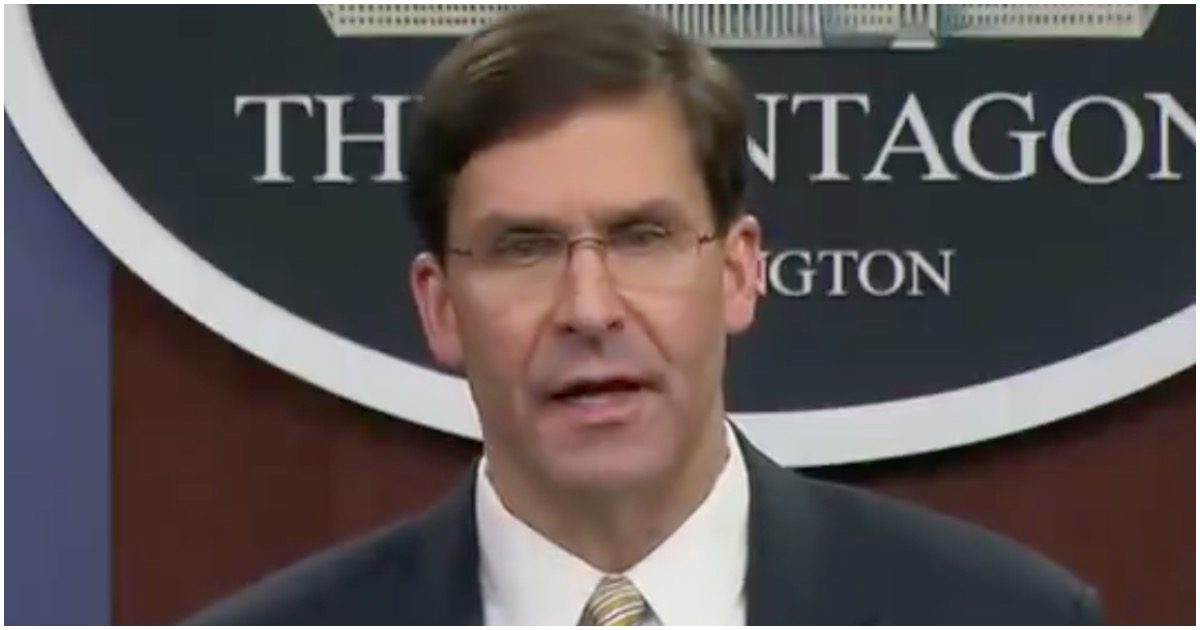 What is Iran thinking – or any country for that matter – when it comes to going to war with the United States of America? Do they not know how much we spend annually to have the best military on earth? Have they forgotten that Donald Trump is in office and he’s not one to mess with?

Many people who reside within the world’s leading state sponsor of terror live as though they are still in the stone age. And their leaders think it would be best to poke the bear so innocent civilians can have an even less satisfying existence?

What kind of leadership is that?

Defense Sec. Mark Esper: "The United States is not seeking a war with Iran—but we are prepared to finish one." https://t.co/CtYYCaKEpg pic.twitter.com/1OIYG8MhjS

In case you missed it, Iran targeted US forces in Iraq on Tuesday evening.