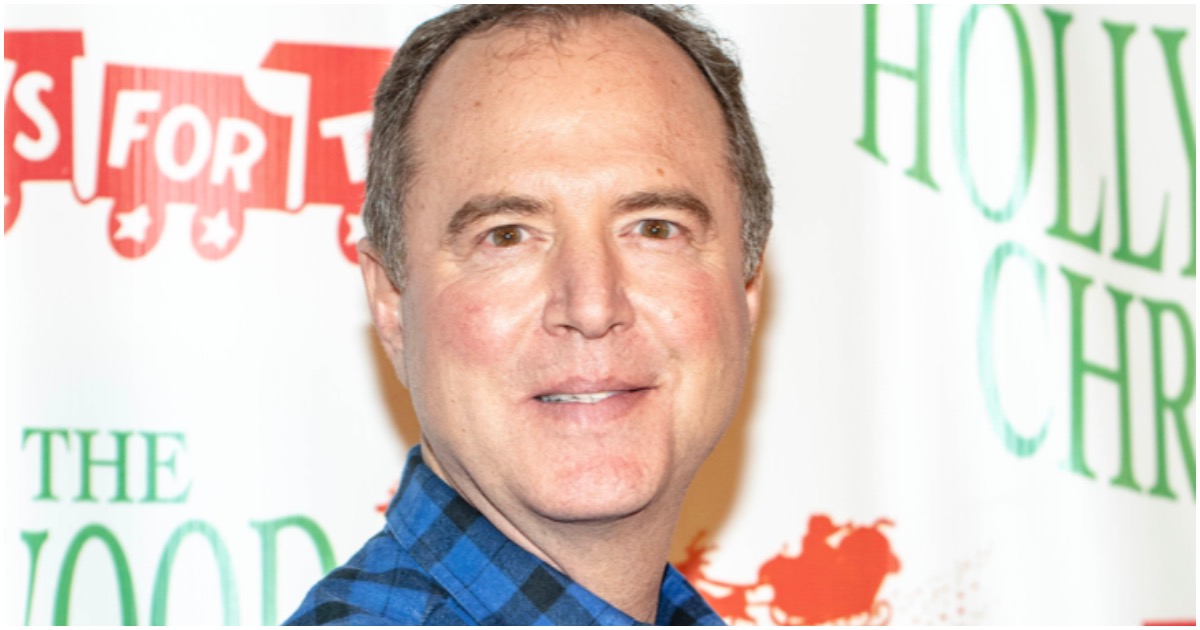 The man is absolutely hilarious.

Democratic Rep. Adam Schiff (D-CA), who is set to take over the House Intelligence Committee when Democrats reclaim the House of Representatives in January, told Face the Nation Sunday morning that he believes President Donald Trump faces the “prospect” of “real jail time” after prosecutors accused the president of directing his former attorney, Michael Cohen, to issue payments to two of the president’s alleged former mistresses.

Schiff: “There’s a very real prospect that on the day Donald Trump leaves office, the Justice Department may indict him. That he may be the first president in quite some time to face the real prospect of jail time.”

.@AdamSchiff on the Russia Investigation: My takeaway is there's a very real prospect that on the day Donald Trump leaves office the justice department may indict him. That he may be the first president in quite some time to face the real prospect of jail time. pic.twitter.com/3kfwumFkh7

“We have been discussing the issue of pardons the president may offer to people or dangle in front of people. The bigger pardon question may come down the road, as the next president has to determine whether to pardon Donald Trump.”

“I think the prosecutors in New York make a powerful case against that idea. All the arguments they make against Michael Cohen … that argument was equally made with respect to Individual-1, the President of the United States.”

If Nancy Pelosi (D-CA) is once again voted Speaker of the House now that Dems have reclaimed the lower chamber of Congress, she plans to groom Schiff to be her successor.

She promises a short-lived run in her second stint, before handing over the gavel.

The Los Angeles Times reported Friday that House Minority Leader Nancy Pelosi (D-CA), who intends to become Speaker of the House if Democrats win the November midterm elections, “has quietly been grooming potential successors, among them Rep. Adam Schiff.”

Pelosi: “I have things to do. Books to write; places to go; grandchildren, first and foremost, to love.”

Those are her words.

House Minority Leader Nancy Pelosi endorsed “collateral damage” against Americans who do not share the views of the Democratic Party during an interview over the weekend with left-wing New York Times columnist Paul Krugman.

Pelosi: “We have to have total clarity about what we do when it comes to everything — a woman’s right to choose, gay marriage … whether it’s about immigration, whether it’s about gun safety, whether it’s about climate … “I think that we owe the American people to be there for them, for their financial security, respecting the dignity and worth of every person in our country, and if there’s some collateral damage for some others who do not share our view, well, so be it, but it shouldn’t be our original purpose.”

Items on the Democrat agenda?