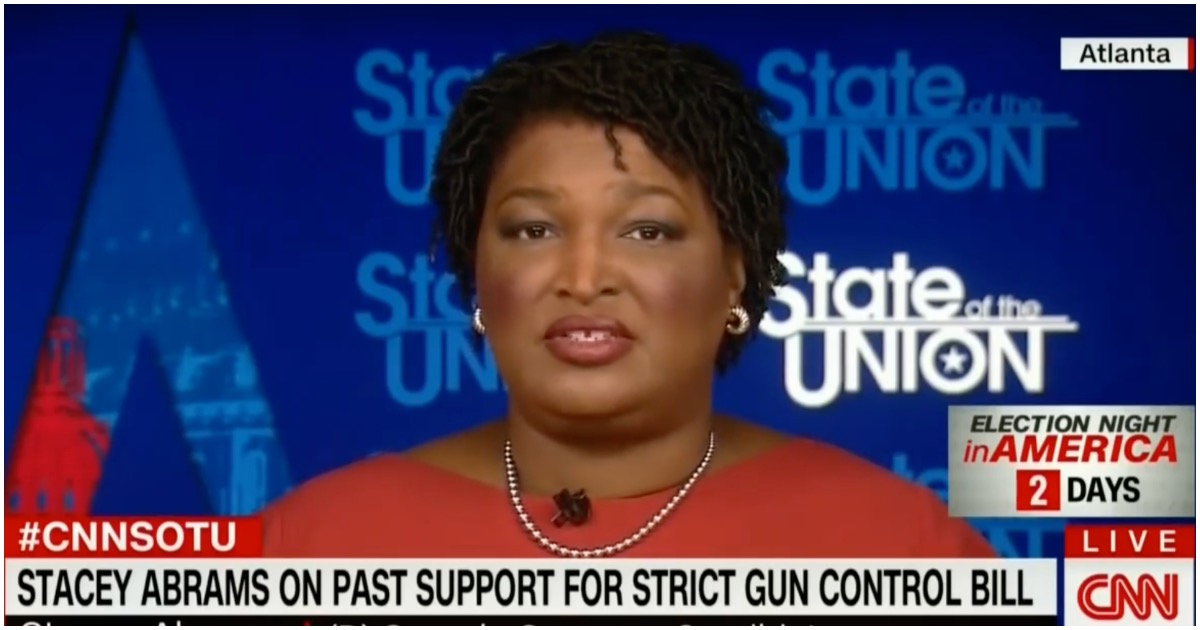 Georgia’s Democrat gubernatorial nominee Stacey Abrams, who burned the state’s flag in her youth, once voted to confiscate guns.

She says she did it just to “start a conversation.”

And “start a conversation” about what, exactly? Actually banning guns.

She was a freshman at Spelman College in Atlanta at the time and now her role in the protest is being reexamined as she faces a close race with her Republican opponent, Georgia Secretary of State Brian Kemp.

The June 14, 1992 protest was documented in the local section of the Atlanta Journal and Constitution newspaper the following day.

‘Black Power!’ Armed Black Panthers Use Intimidation for Dem Who Burned the Flag