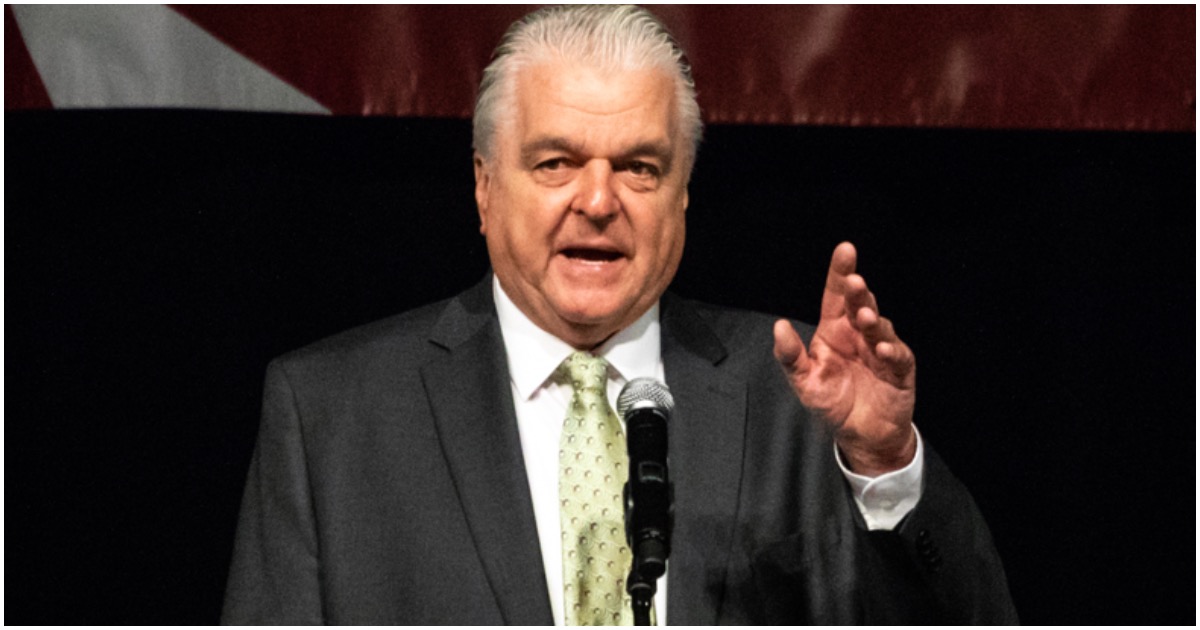 Ever since 2016 when Donald Trump defeated Hillary Clinton in the presidential election, liberals have been clamoring for states to change the rules.

The Democrat governor of Nevada, Steve Sisolak, just dealt his side a harsh blow by doing the right thing.

@GovSisolak is announcing intent to veto AB186. The measure, called for NV to join a compact calling for a National Popular vote. Sisolak says it would “force Nevada’s electors to side with whoever wins the nationwide popular vote, rather than the candidate Nevadans choose.”

@GovSisolak is announcing intent to veto AB186. The measure, called for NV to join a compact calling for a National Popular vote. Sisolak says it would "force Nevada's electors to side with whoever wins the nationwide popular vote, rather than the candidate Nevadans choose." pic.twitter.com/WKrbwkTYVn

AB186, sponsored by the late Democratic Assemblyman Tyrone Thompson, proved a divisive one in the Legislature that elicited some of the closest votes in the session. Proponents argued that it would ensure every vote counted equally, while opponents said they feared it would diminish the relevance of Nevada and other small states.

Sisolak noted, “Once effective, the National Popular Vote Interstate Compact could diminish the role of smaller states like Nevada in national electoral contests and force Nevada’s electors to side with whoever wins the nationwide popular vote, rather than the candidate Nevadans choose. I recognize that many of my fellow Nevadans may disagree on this point and I appreciate the legislature’s thoughtful consideration of this important issue. As Nevada’s governor, I am obligated to make such decisions according to my own conscience. In cases like this, where Nevada’s interests could diverge from the interests of large states, I will always stand up for Nevada.”

If all Democrat governors begin going through with a similar bill to the one vetoed by Sisolak, it could definitely wind up being a problem for Republicans.

Back in March, the far-left governor of Colorado did it.

Steve Bullock, the Democrat governor of Montana, is running for president.

For some reason, Steve believes he can get past Joe Biden and Bernie Sanders to earn his party’s nomination – despite next to zero name recognition nationally.

Ultimately, Bullock knows he won’t come close to the White House. He’s just hoping to get a fat payday from a book publisher sometime after he concedes.

Steve isn’t exactly off to the best start, as he failed to list any of his accomplishments.

Bullock said, “Um, I am happy that hopefully my kids still know my most important job is being their dad. I think the things where, you know as governor it’s not like Attorney General when you know you won or lost a case, sometimes you won’t have impacts for years, but I know that a hundred thousand people in Montana have health care because the work that we’ve done.”

He added, “I know that we’ve done more to the earlier question to try to keep the outside influences of dollars out of our elections so that your voice matters as long as you vote … as long as you vote, um, then some big corporate Treasury or a company. I’m pleased with the way that we’ve invested in education. I think that’s one of the great equalizers that we have. I think another great equalizer is our public lands, we’ve protected those so we’ll handoff that to you as well. So, I guess those are a few of the things I’ve been pleased with.”