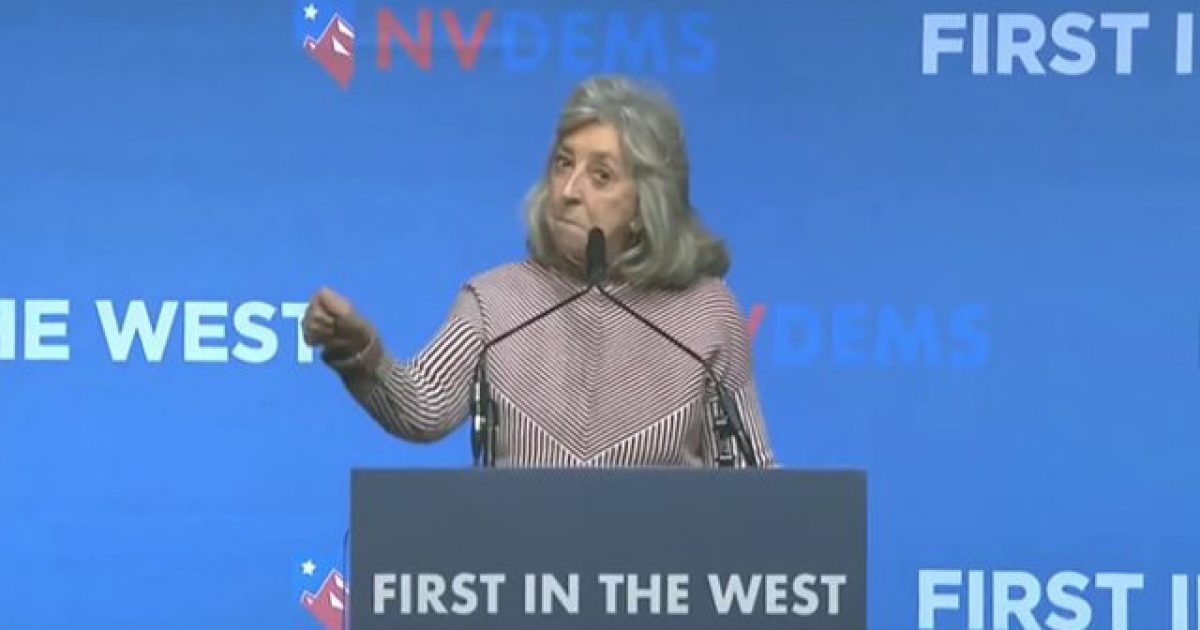 It seems that Rep. Dina Titus isn’t a big fan of President Trump, referring to him as a “bas****” during a rather incendiary speech delivered at a Democratic Party event in Las Vegas.

Titus, a Nevada Democrat, was such a rousing success with her anti-Trump rhetoric that chants of “Dina! Dina!” broke out in the crowd.

“You have heard me say how many times that this is the most important election of your lifetime? Well, this time I really, really, really mean it, because it is,” the congresswoman told the crowd, according to a video promoted by the Republican National Committee.

“The heart and soul of our nation is on the ballot, and it’s going to be up to you all,” she said. “That’s why our caucus is so important. It’s the first step to getting this con artist out of the White House.

“You know, frankly, I think the House is going to do it, and I’d like to impeach the bastard right now,” she said, drawing a wave of cheers.

Titus went on to state that the Senate would not probably impeach the president, so the Democratic Party needed to be prepared to “take him out” in November of 2020.

When speaking with reporters later on in the evening, Titus stated she was “caught up in the moment” when she called Trump a “bas****.”

“Well, I guess I just don’t have very much respect for this president,” Titus told a local CBS affiliate. “I don’t have respect for his moral standards. I think he doesn’t have any knowledge of history, he’s very anti-intellectual, he’s abandoned or insulted our allies, he certainly doesn’t work well with Congress.

“That was just the first term that came to the top of my head,” she continued.