WATCH As CRAZY Terrorist Black THUG Tells Parents And Schoolboard He Has “Army Of Over 1,000 Soldiers READY TO GO ‘LOCKED AND LOADED”
America's Freedom Fighters

Liccardo spoke to reporters on Tuesday from the memorial set up at City Hall to honor the victims of the shooting.

“With council approval San Jose would become the first city in the United States to require every gun owner to have liability insurance coverage for their firearms,” Liccardo said, according to KPIX-TV.

“Second, San Jose would become the first U.S. city to require gun owners to pay a fee to compensate taxpayers for the public cost of responding to gun violence.”

“And that way we can ensure that victims are compensated where there’s an insurable event,” Liccardo told those gathered. “And of course, insurance companies will help us make gun possession safer.”

The mayor did not specify the amount of the fee, but KPIX reported Liccardo is working with a “team of experts” to determine what the right amount would be.

“We are cognizant, as the Second Amendment dictates, so that we will not be imposing fees that are so great as to be prohibitive to ownership. We want a fee that will compensate taxpayers for the cost of everything from emergency rooms to police response,” he added.

KPIX reported that there are several other proposals under consideration, as well. These include:

“Video and audio recording of gun purchases: to reduce ‘straw purchases’ where one party buys a firearm for another.”

“‘Looking Out for One Another’: Create a public campaign for community-based, crowd-sourced reporting of implied or explicit threats of violence.”

Sam Paredes, the executive director of Gun Owners of California, told KPIX that if Liccardo’s proposals are passed by the City Council, he will work with a coalition of gun rights supporters to fight it through the courts. He said, “I strongly believe that Mayor Sam Liccardo is trying to do things he has no authority to do.”

Paredes also noted that California has preemption laws in place to stop local governments from passing their own firearm laws.

Paredes told KPIX, “Without that, various communities could sponsor their own laws governing firearms acquisition, sales, use and storage, and all of that. And law abiding citizens from other parts of the state would be breaking the law just by passing through some of these communities. That’s why no other city has successfully done what the mayor is proposing to do.”

“It is, we believe, very strongly unconstitutional for the government to require law-abiding citizens who are doing nothing more than exercising their Second Amendment rights to be required to have insurance, or to be taxed, while they are exercising that enumerated right,” he said.

The report noted Liccardo’s gun fees and insurance proposal will be presented to the Rules Committee next week. If it is approved by the committee, “Liccardo’s proposal could move towards consideration before the full San Jose City Council before the end of June.”

KPIX reported this is the second time the San Jose mayor has put forth such a measure. The first occasion followed a shooting that killed three people and wounded 17 at the 2019 Gilroy Garlic Festival.

What this move boils down to is that Liccardo is trying to force San Jose residents to pay to exercise their Second Amendment rights.

The Second Amendment of the United States Constitution reads: “A well regulated Militia, being necessary to the security of a free State, the right of the people to keep and bear Arms, shall not be infringed.”

It doesn’t say that if the mayor so chooses, he may force his constituents to pay for the privilege of exercising this right.

Gun owners in San Jose are right to be concerned about Liccardo’s proposal. They are not felons who have lost their right to gun ownership.

This is a prime example of government overreach. It is a power grab that amounts to tyranny. Liccardo is putting his personal agenda before his constituents’ Constitutional freedoms.

In addition to this measure’s unconstitutionality, it is a nonstarter due to California’s preemption laws.

This mayor doesn’t have a legal leg to stand on. He does not have the authority to enforce these measures. And if the San Jose City Council passes this stupidity, they will soon find that out. 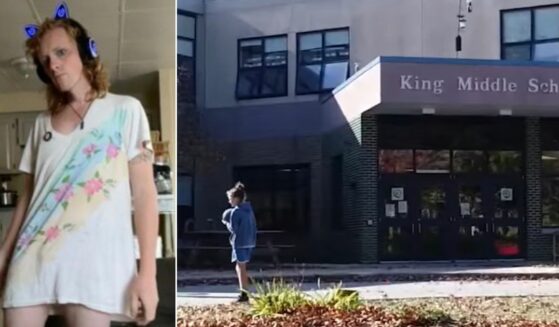 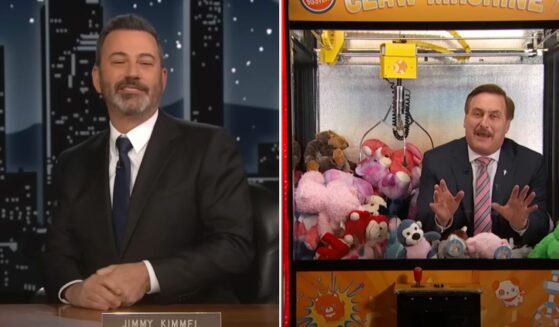 The late-night host had Lindell appear inside an arcade claw machine filled with stuffed animals, but it didn't go the way he expected.
By Richard Bledsoe, Western Journal  February 6, 2023 Comment MoreShare
Next