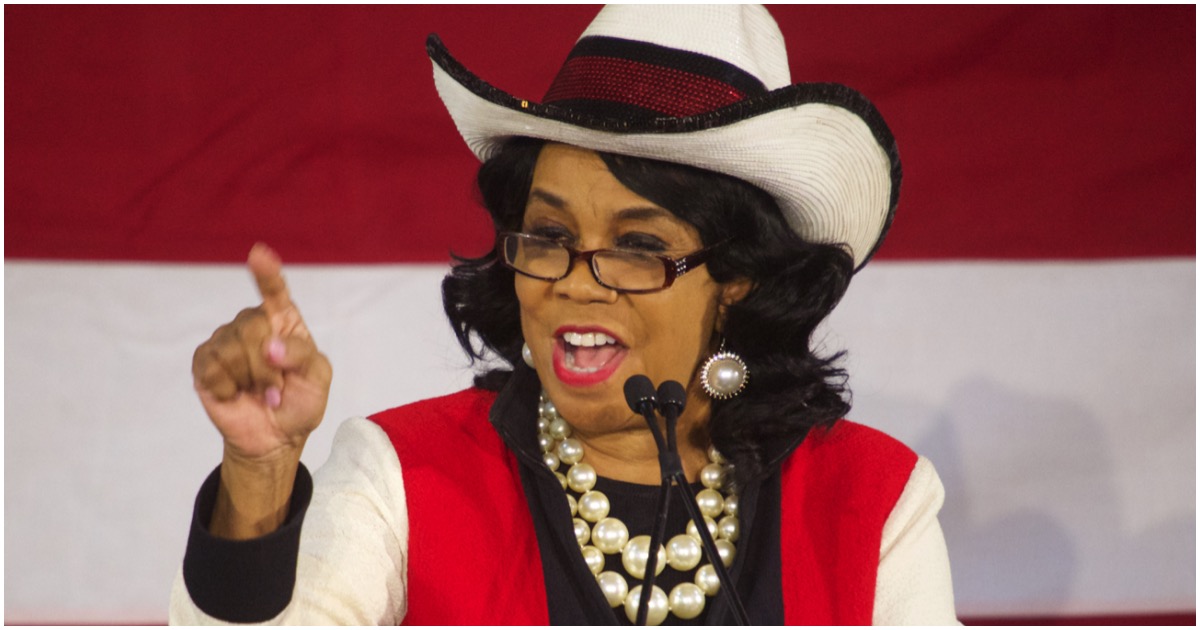 Have you ever made fun of a member of Congress via a social media outlet?

STRAIGHT TO JAIL WITH YOU!

Democrat Rep. Frederica Wilson led a congressional delegation to inspect an immigrant detention facility on Tuesday and following her visit she said that people who are “making fun of members of Congress” online “should be prosecuted.”

Wilson noted, “Those people who are online making fun of members of Congress are a disgrace and there is no need for anyone to think that is unacceptable. We are going to shut them down and work with whoever it is to shut them down, and they should be prosecuted.”

Democrat Rep. Frederica Wilson (FL) says that people who are “making fun of members of Congress” online “should be prosecuted” pic.twitter.com/f69KwOeJ0n

London Mayor Sadiq Khan is as far-left as many 2020 Democrat presidential candidates.

Likewise, he’s not a fan of Donald Trump.

During 45’s visit to England, Khan blasted Trump as a “fascist” who poses a “global threat.”

And yet, Khan is cool with rabid anti-Semite Louis Farrakhan.

The mayor of London, Sadiq Khan, has compared the language used by Donald Trump to rally his supporters to that of “the fascists of the 20th century” in an explosive intervention before the US president’s state visit to London that begins on Monday.

Khan noted: “President Donald Trump is just one of the most egregious examples of a growing global threat. The far right is on the rise around the world, threatening our hard-won rights and freedoms and the values that have defined our liberal, democratic societies for more than 70 years.”

He added, “Viktor Orbán in Hungary, Matteo Salvini in Italy, Marine Le Pen in France and Nigel Farage here in the UK are using the same divisive tropes of the fascists of the 20th century to garner support, but with new sinister methods to deliver their message. And they are gaining ground and winning power and influence in places that would have been unthinkable just a few years ago.”

Check out Khan on Farrakhan:

WATCH: Sadiq Khan says the UK will be on “the wrong side of history” for welcoming Trump and compares him to fascist dictators…

WATCH: Sadiq Khan says the UK will be on "the wrong side of history" for welcoming Trump and compares him to fascist dictators…

But he had no problem defending actual anti-semite Louis Farrakhan coming to the UK a few years ago… pic.twitter.com/0Tp1acy0pG

Camping World CEO Refuses To Remove Gigantic American Flag, Says He’d Rather ‘Go To Jail’ Than Take It Down